Brain tumor survivor beats the odds, gears up for FitOne

Six months after having a massive brain tumor removed, Kathy Gregory is ecstatic to participate in this Saturday's FitOne event in Boise. 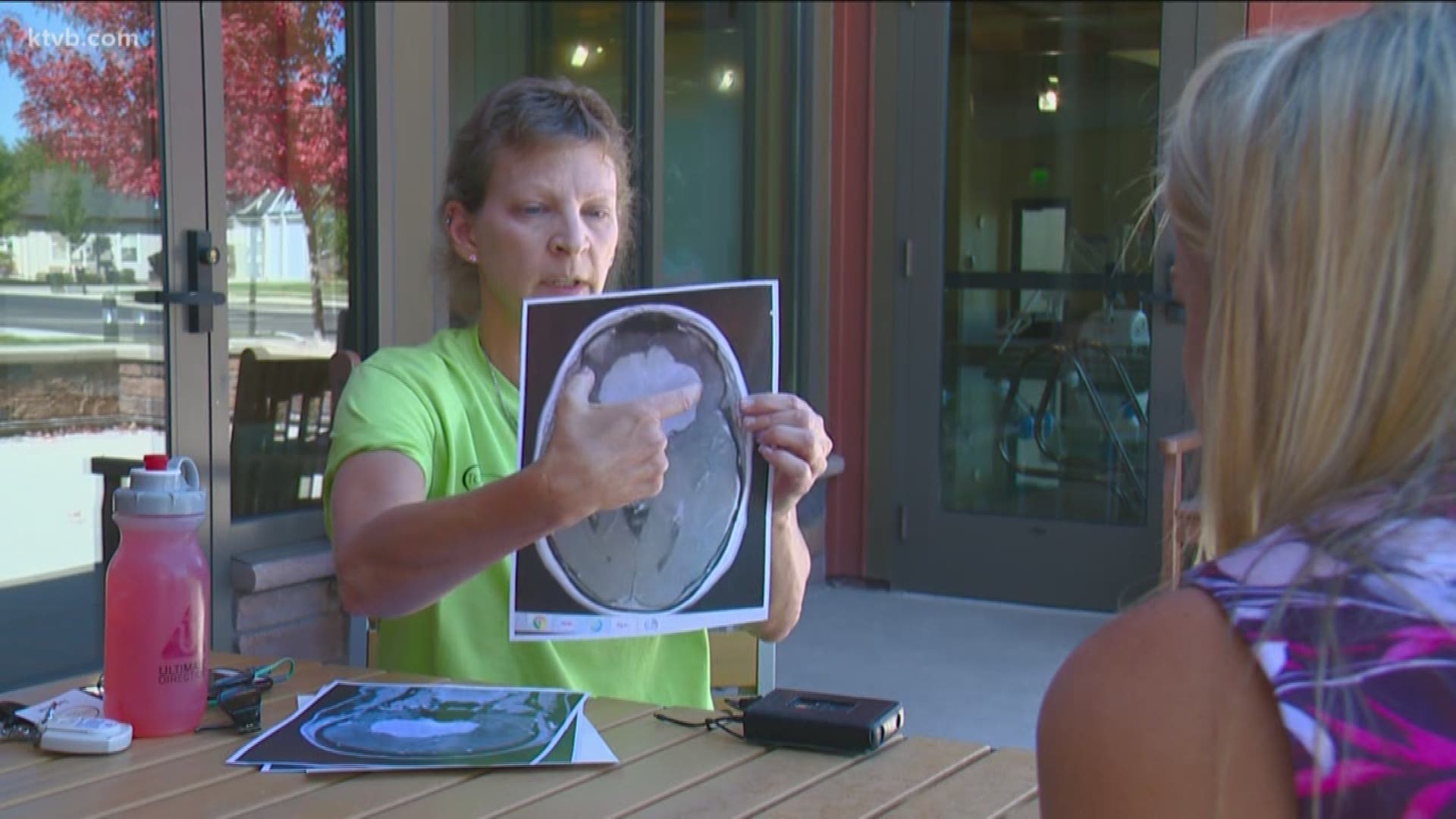 BOISE — A Meridian woman whose life once revolved around being active and running marathons came to a screeching halt after a shocking diagnosis.

53-year-old Kathy Gregory was stunned when she found out she had an enormous brain tumor that had been growing inside her skull for years.

Now just six months after the gigantic mass was removed, Gregory is back on the fitness track and gearing up for this weekend's annual St. Luke's FitOne event.

"So about two years ago is when it happened, I was working for a call center and I just wasn't my typical self," says Gregory.

EVENT GUIDE: Move for fun, get fit for life with St. Luke’s FitOne

That was back in 2016 when Gregory says her brain felt foggy while trying to perform what would normally be simple tasks at work.

Her symptoms then progressed.

"And then all of a sudden several things happened at once. My sense of smell, killed, totally dead, massive headaches all the time," says Gregory.

And then the blackouts in Gregory's left eye started to happen.

It wasn't until her legs started to randomly give out when Gregory's sister made her schedule an MRI and see a doctor.

"I remember when he came in he said, so have you seen it? And we are like, 'what?' And he said the massive brain tumor that you have, and I kind of got the wind knocked out of me," says Gregory.

Luckily the tumor was benign, but it was wrapped around two arteries and needed to be removed immediately.

The surgery was performed just days later and was successful.

But recovery has been an uphill battle.

"I had to learn how to read, write, walk, talk and breath," says Gregory.

Now Gregory walks up to eight miles per day and she's walking in this weekend’s annual FitOne event.

She says it’s for her own recovery but to also inspire others.

Gregory lives at Touchmark, an active adult community, and she says 50 others from Touchmark will join her Saturday.