The collision was reported at Farmway and Ustick roads. 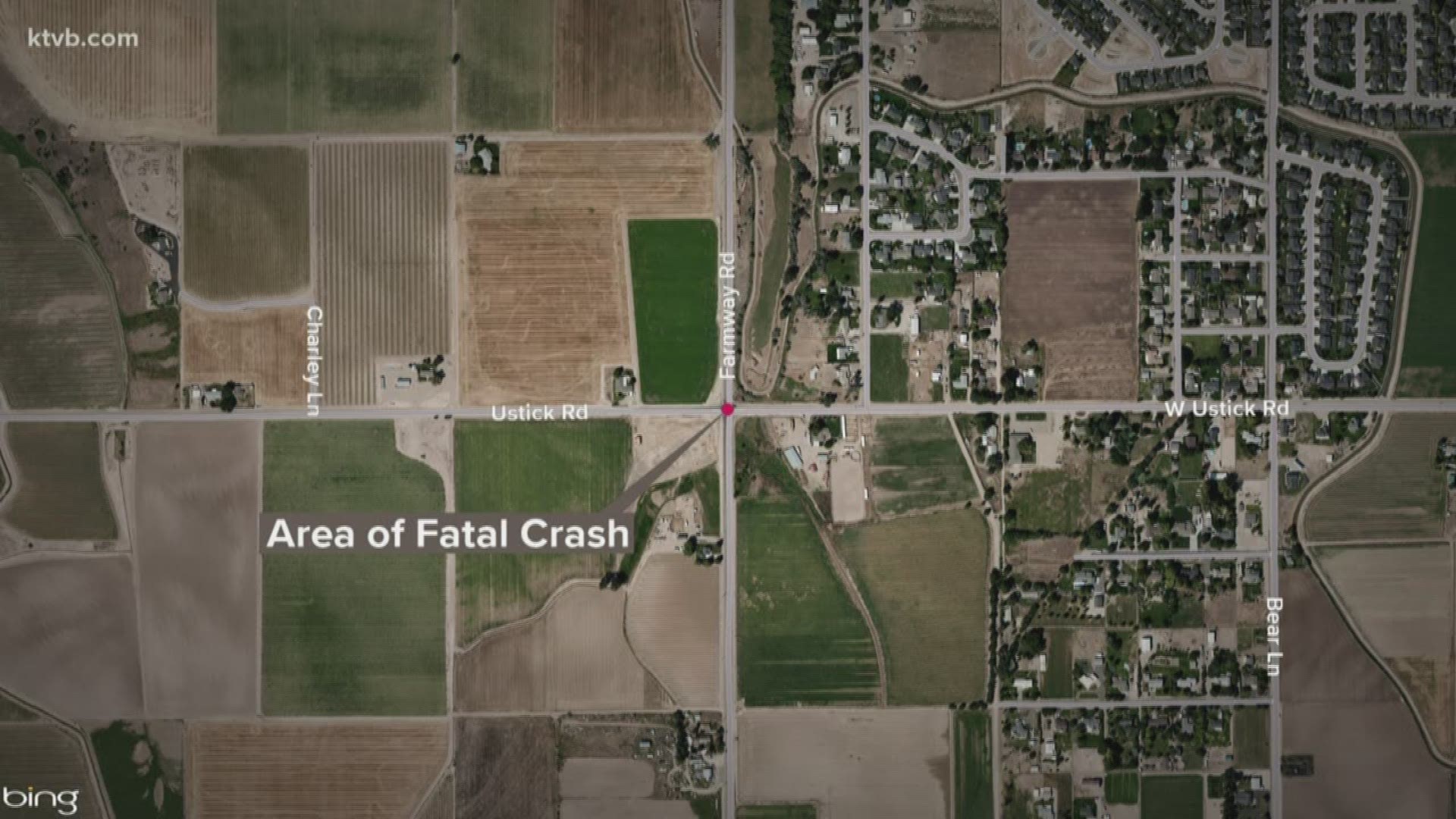 The crash happened at 5:46 a.m. at the intersection of Farmway and Ustick roads.

According to Idaho State Police, the teen was driving east on Ustick when he failed to stop at the stop sign. His car continued into the intersection, where it was hit by a southbound pickup truck driven by 60-year-old Kelly Comber of Caldwell.

The teen died at the scene. His name and age have not been released.

A passenger in the car, 29-year-old Lucilo Perez-Cruz, was taken by ambulance to Saint Alphonsus in Boise. Two other people in the car were unhurt.

Comber was taken by private vehicle to West Valley Medical Center in Caldwell.

The wreck blocked the intersection for about two hours.

RELATED: ITD ends highway radio system due to high costs, lack of use