"Beautiful scenery while landing," Foreman said as a group of fans welcomed him at the Boise Airport. "And there couldn't be anything but beautiful things ahead." 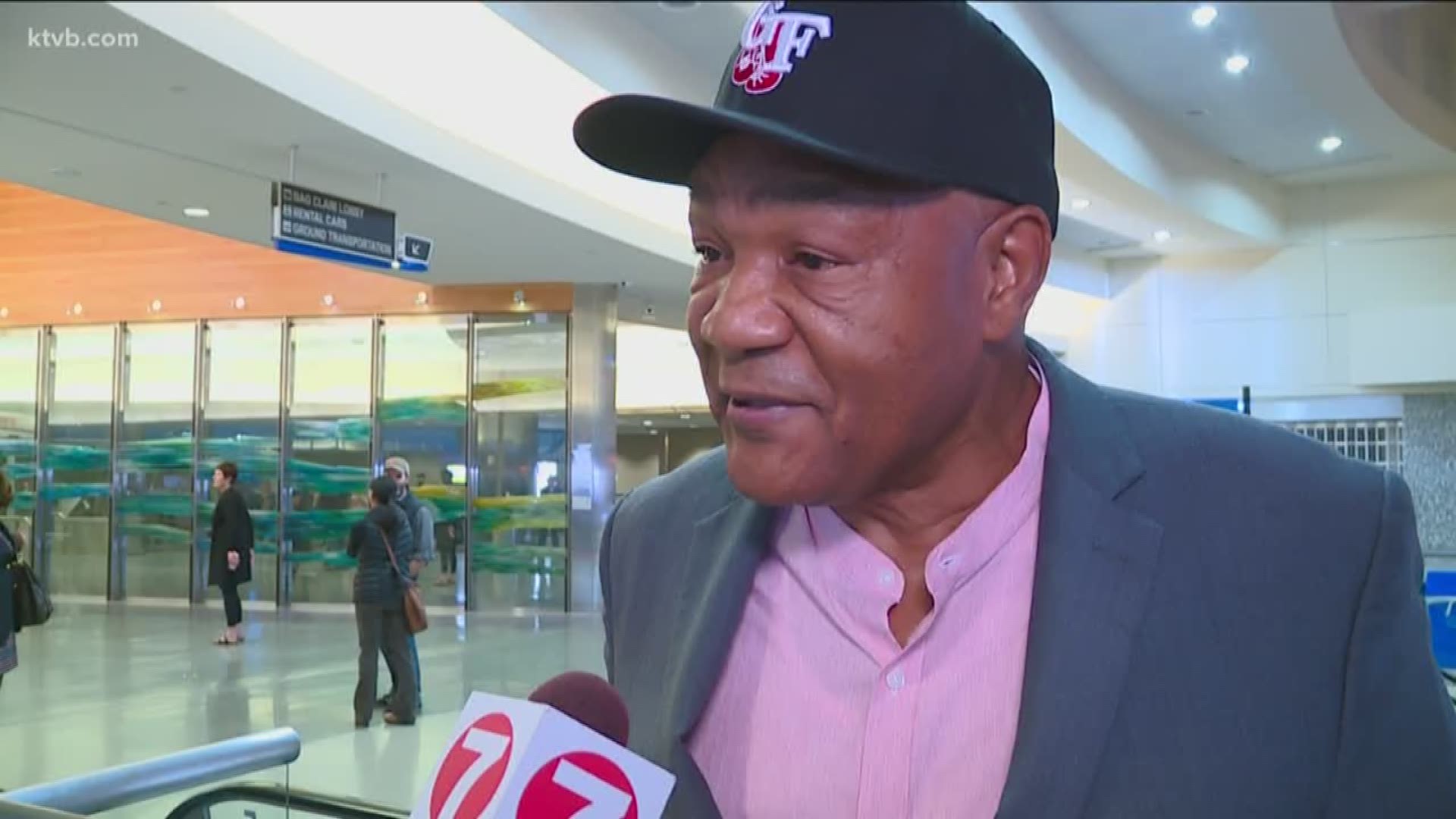 BOISE - George Foreman, one of the biggest names in sports and kitchen grills is in Boise to receive an Idaho Humanitarian Award for his work with underprivileged kids in the Houston area.

The two-time heavyweight champion and 1968 Olympic gold medalist in Mexico City arrived Thursday night at the Boise Airport, where he was greeted by a group of fans.

Foreman smiled to the crowd and said, “Wow, wonderful scenery. I watched as we landed, and I have a feeling there are more beautiful things ahead."

It’s been exactly 50 years since the big Texan won Olympic gold in the 1968 games. And, much has happened since that landmark victory including two world heavyweight titles and 76 wins in 81 total fights.

But his post boxing career turned out to be just as much of a success story.

An entrepreneur known for his promotion of the George Foreman grill which has sold over 100 million units and made him a millionaire 100 times over.

He became an ordained Christian minister and devoted his ministry to helping troubled young people, which he said is his greatest accomplishment.

"You get a chance to do things for kids you change their lives," Foreman said in an exclusive interview with KTVB. "50 years ago, I received a gold medal all because someone, a lot of people, didn’t give up on a young person who didn’t have much of a future. So, when I think about the things I’ve done with kids since then, you can’t take that away."

The George Foreman Youth Center is thriving 35 years after he founded it, giving young men and women a path to success.

When asked where the humanitarian award he will receive Friday night at the Boise Centre ranks on his list of proudest awards, he responded with a smile.

“They start talking about 50 years ago and I’m surprised that I’m still alive," he said. "And to be honored for something like that, it’s a shock, so I’ll take the award and sleep with it for a few days and then let you know how I feel about it. Ha!"