"People have pulled weapons, they have led us on high-speed chases, they have grabbed us and thrown us around. It’s happened, and it will continue to happen." 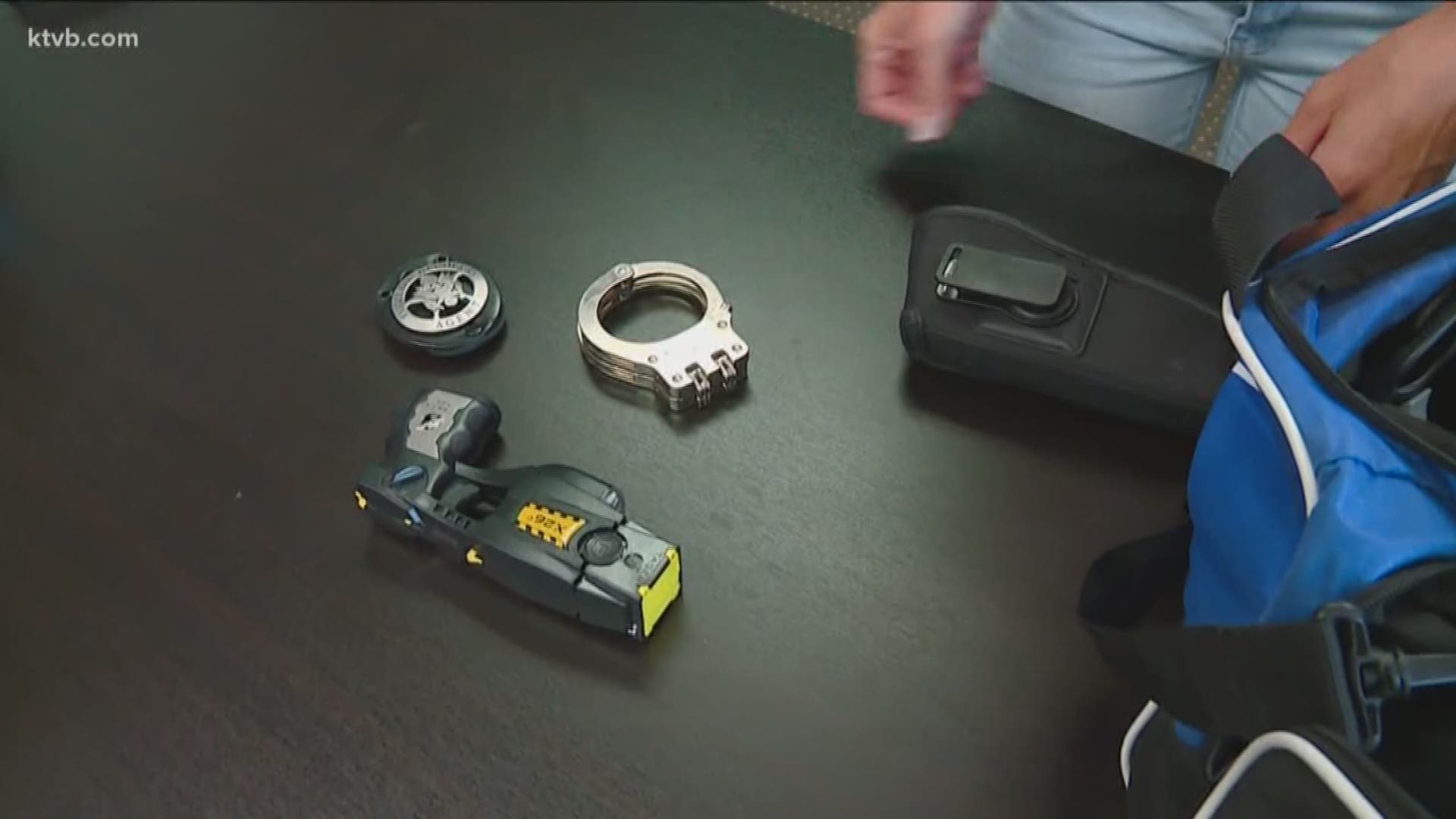 BOISE, Idaho — For bounty hunters, trying to catch a fugitive who could be armed and dangerous is a risky job. But thanks to a new Idaho law, their jobs might get a little safer.

"It's probably the most nerve-wracking job or thing I have ever done in my life," Jackie Hamilton who co-owns Double Trouble Bail Bonds in Boise with her twin sister Acacia Fischer, said. "People have pulled weapons, they have led us on high-speed chases, they have grabbed us and thrown us around. It’s happened, and it will continue to happen."

As of July 1, Hamilton, Fischer and all other Idaho bounty hunters will have to wear a badge and notify county sheriffs before attempting to catch someone.

It's a rule that Hamilton and Fischer were already following and say the intent of the new law is to prevent other agents from using shady practices.

"I think this was trying to weed out the individuals that weren't following the rules and not using common sense when they were out there," Fischer said.

The sisters say this requirement protects them and clearly lets law enforcement know who they are.

"I think it gives you more of an authoritative figure like she's not messing around," Hamilton said. "It’s also saved us if we have maybe been in high-speed pursuit and the police get involved and they see the badge and say oh they are bounty hunters, we're going to help them."

The law also states bounty hunters must be a U.S. citizen, not mentally ill or a fugitive, and agents must be at least 18.

"You don't want any person off the street arresting individuals and I think it’s important that you are a legal adult," Hamilton said. "There is a lot of high risk involved, not to mention you can be killed. So, you want to be mature in your thinking and mature in your ways."

Hamilton says this new law is a good start but would like to see additional requirements in the future such as having a license.

"Because now the law is very vague," Hamilton said. "You have to be 18 and you have to have a badge. Well, that doesn't mean you are qualified."