Colorado couple trades their apartment for a sailboat

Roxy Sears and Phil Johnson started working remotely before it was cool...or mandated. 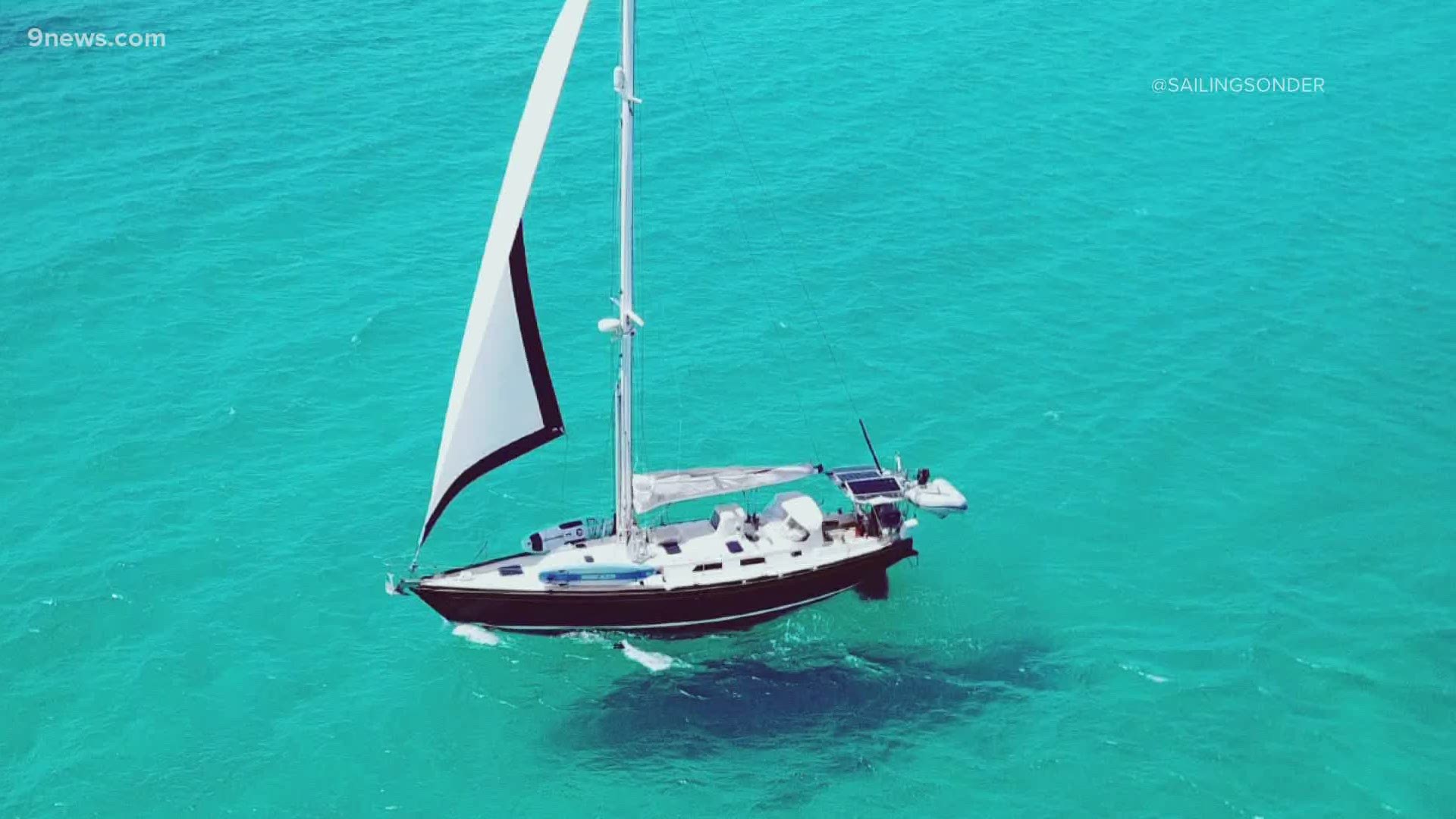 BOULDER, Colo. — Roxy Sears and Phil Johnson made a life-changing decision in January 2019: They packed up their apartment in Boulder and decided to live and work on a 47-foot sailboat.

“He was the original sailor,” Sears said about her husband. “But, I’m the one that got really excited about the prospect of being able to do this sooner rather than later.”

The couple, both University of Colorado Boulder graduates in their early 30s, decided to make the move when they realized they could run their greeting card business remotely from anywhere in the world.

They bought their sailboat, named her Sonder, and have been traveling for more than a year through the Caribbean all the way up the East Coast to Maine.

“It’s really difficult to disentangle yourself from the community that you built around you,” Johnson said.

“The second hardest thing though is just the living in a small space together,” Sears added. “We’re not only each other’s crew-mates, but we are roommates and business partners. It’s a lot of face time between us, so we certainly have to continuously work on ways to make it work.”

They are also continuously on the hunt for WiFi connections to make sure their business stays afloat.

“Sometimes, it’s tough going to the beach bar for the WiFi and not drinking tons of rum drinks,” Johnson joked.

When they’re not avoiding Mai Tais, they have five cell phones with different data plans. Depending on their location, they will pick a phone to run as a hotspot.

“We are still working full time,” Sears said. “We are not retired. There are a lot of late nights and early mornings and hard discussions and searching for WiFi. It’s a different side to what you see on our Instagram site Sailing Sonder.”

RELATED: Friends with Colorado ties write book about COVID-19 for kids and parents