Businesses surrounding Boise State University are prepared for the full return of fans to Albertsons Stadium for the 2021 football season. 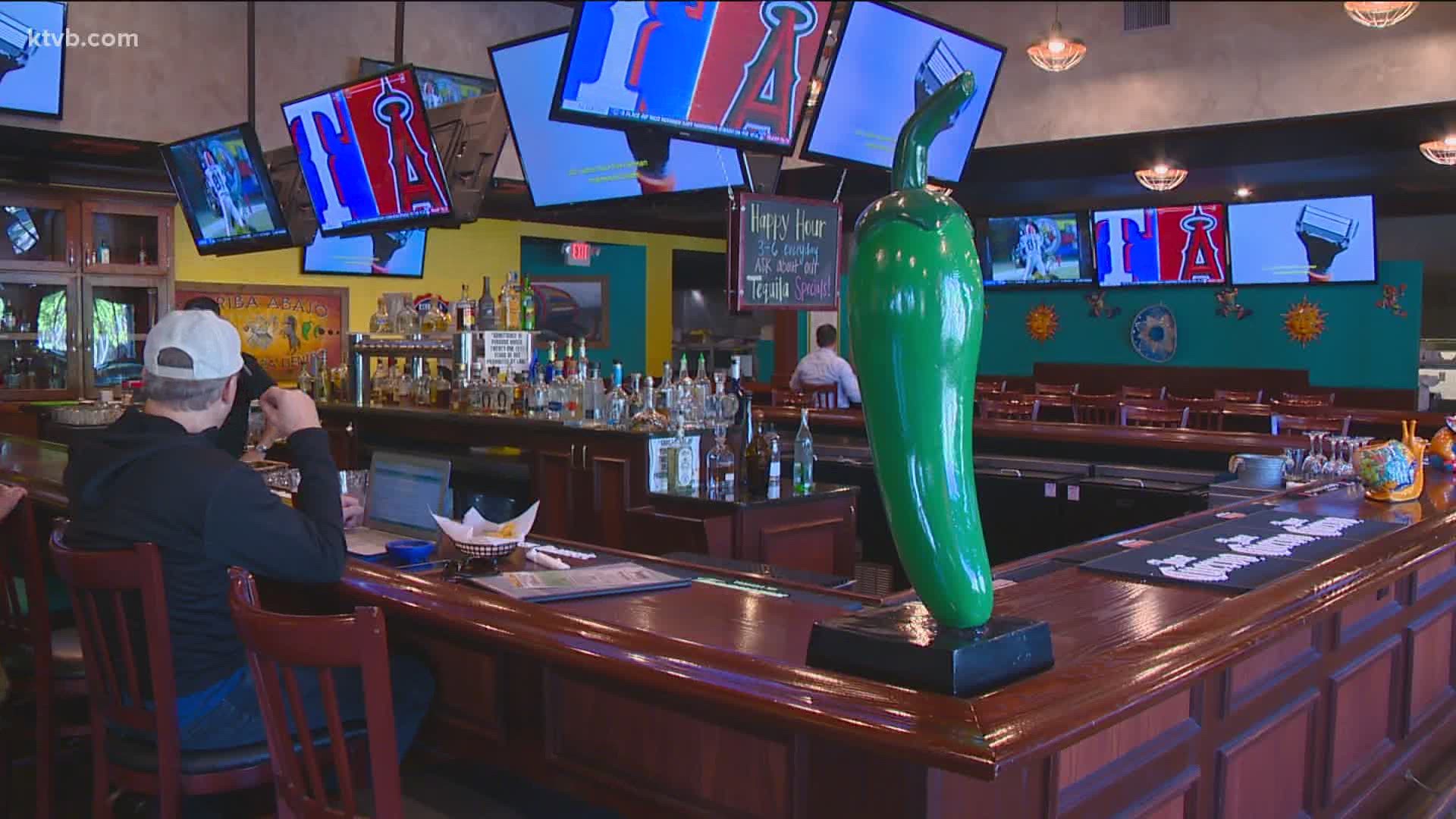 BOISE, Idaho — After a not-so-typical Bronco football season, Boise State fans are celebrating the announcement of a full return to Albertsons Stadium later this year. The fans who are probably looking forward to the 2021 football season the most may just be the local businesses around the university.

"We're excited but it's a big deal for us. We've gotta be ready," said Andrew Rechsteiner, the owner of Pie Hole on Broadway Avenue. "My crew had a year without it so I'm a little worried about how we'll handle it, but I'm sure we'll rise to the occasion."

Pie Hole on Broadway is right across the street from the football stadium, which helped them serve a lot of customers during previous seasons.

"Traffic from football season is huge," Rechsteiner said. "You'll have 40,000 people in this three-block area, I mean it's awesome."

Rechsteiner said they took a lot of hits this past year, not seeing the same amount of fans during Bronco home games just added to that.

"It means a lot to us to have football season," Rechsteiner said. "BSU is obviously huge for the economy on these blocks alone."

Just up the street from Pie Hole on Broadway is Jalapeño's Bar and Grill, which has only been open since 2019. The owners said a reason they opened this restaurant is because of the proximity to Boise State and the events that happen on campus.

"We were very excited to have that foot and vehicle traffic coming through and it has been very sad to not see that as busy lately," said Irma Valdivia, the owner and operator of Jalapeño's.

However, to hear the recent news about the Albertsons Stadium has lifted Valdivia and her family's spirits for their newest location. They're ready to see more people come through their doors on game day.

"It is such a relief, it is a weight lifted off our shoulders," Valdivia said.

Retail stores selling Bronco apparel are over the moon too. Back on campus, the Bronco Shop is getting ready for fans to go all out this season.

"We will have game day shirts we're rolling out this year," said Nicole Nimmons, the associate vice president of Campus Services at Boise State. "We've got new promotions coming to support the new coach."

The Bronco Shop helps support student scholarships on campus. While this past year wasn't one of their best, they're hoping with more people back they can sales up and be able to commit a couple hundred thousand dollars in scholarships.

"That announcement really opens it up for the entire university and how we serve the community," Nimmons said. "The Bronco Shop gets to play a part in that, which is great for us."

Hopes are high, as the football season gets closer and closer. However, all three businesses have experienced some form of labor shortage in the past year and are looking to hire.