Boise Working Together says the idea to pay for the projects with cash is just another way the city is trying to get the projects through without a vote. 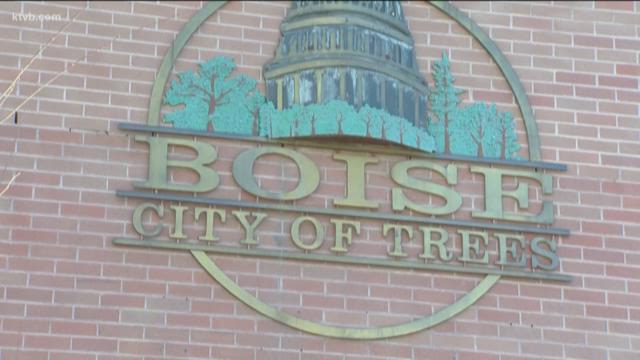 BOISE, Idaho — Boise Working Together, the group that is fighting to get a public vote on whether the City of Boise will pay for part of a new sports stadium and a new library, is doubling down on their efforts to get the projects on the ballot this November.

The years-long drama over the two projects took another turn when the City of Boise floated the idea of using cash to help pay for the projects, a move that Boise Working Together says is just another way that the city is trying to avoid having the projects on the ballot.

It is possible that the City of Boise could pay for the majority of the two projects by using cash, which was presented to the City Council last week.

However, based on the initiative Boise Working Together collected signatures for, even using cash doesn't stop a vote by citizens to approve them.

"The city can't spend money unless 50% plus one of the voters approve of a project," Brian Ertz, the attorney for Boise Working Together, said.

This applies to both proposed projects that the City of Boise wants to build - a new library on Capitol Boulevard and a mixed-use sports stadium in downtown Boise.

The idea of using cash for the library project right now is to cover the majority of the costs and save taxpayers money, according to Mike Journee, the spokesperson for the city.

"In the long run, that's going to save the taxpayers money as well because we won't be paying for those lease payments and interest on them for years," Journee said.

Boise Working Together says the idea is just another way the city is trying to get the projects through without a vote.

"A purposeful attempt to confuse the issues because the city wants to continue to evade a meaningful vote that it wants to jam through," Ertz said.

The city says that's just not the case.

"The conversation the other night made it clear the council member understood if they adopted the ordinances or not going forward there was going to be a vote," Journee said.

One of the main reasons why the City Council hasn't adopted the ordinance to have a vote on the projects is because they claim that the language of the ordinances is unconstitutional.

"By asking for a vote, council is doing something they don't have the power to do," Journee said. "They are giving the power to council beyond what they have, given by the legislature."

Boise Working Together thinks their legal case on the projects is strong.

"I'm confident that we have a great argument that the language as will be placed on the ballot will pass Judicial muster," Ertz said.

Council member Elaine Clegg called for a vote to gauge the interest people have in the library project. Council will take up that issue at their meeting on July 9.

If it moves forward, then there will be an advisory vote asking the people if they support the library project or not. This isn't a binding vote though, meaning no matter what the results show the city could move forward with their plans.

"The alternative ordinance preserves the council and mayor's prerogative to ignore the people," Ertz said. "Which is how they've been treating the people for a long time when it relates to these projects."

Journee said the council wants to hold this vote to get a clearer picture of just how much support is out there for the library project.

"We wanted to have a clearer kind of up or down," he said. "Do you support the library project or not?"