Officials expect to close I-84 for four evenings during construction, which should begin in January 2019. 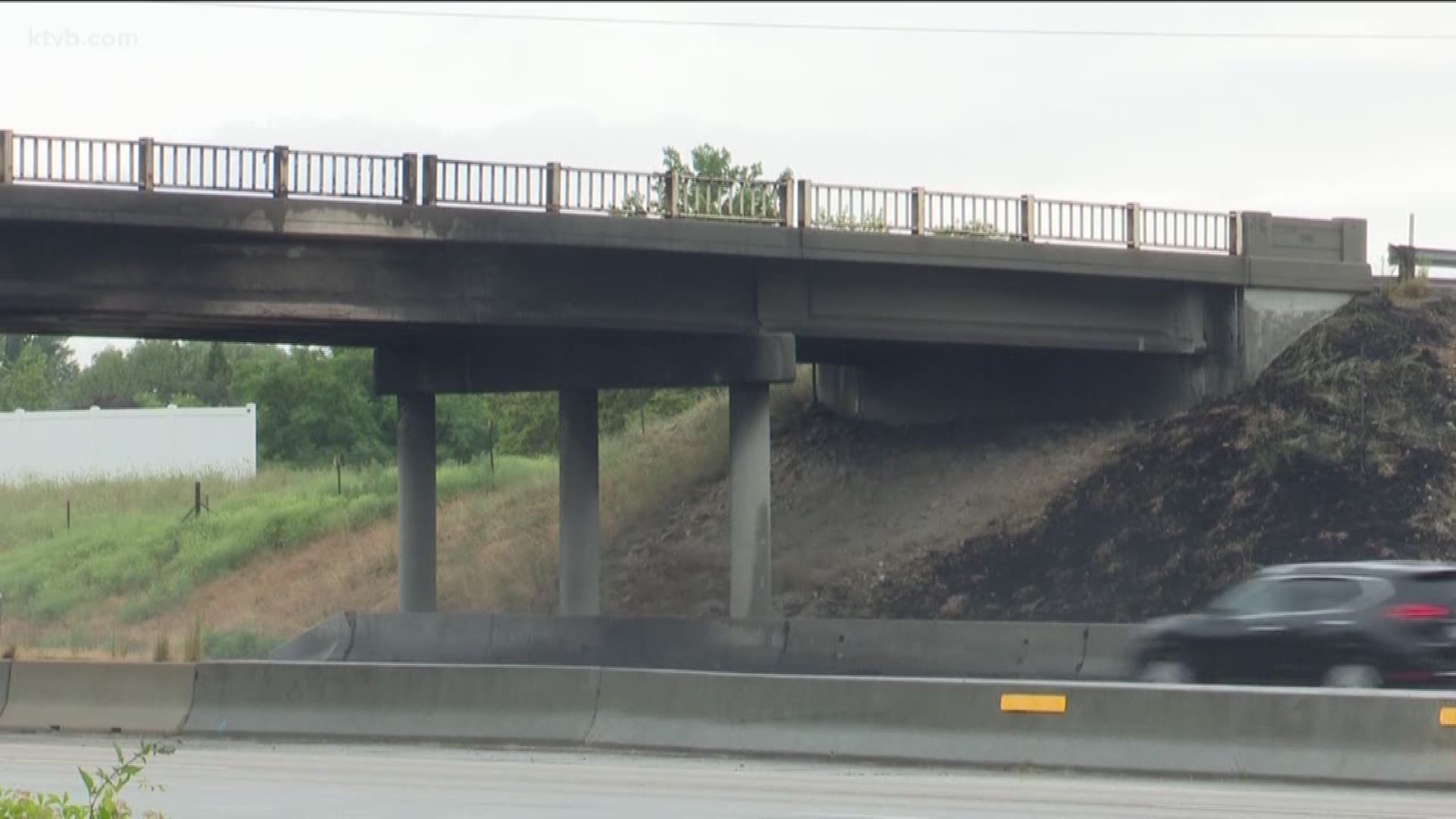 BOISE — For nearly four months, Cloverdale Road bridge has been shut down.

On June 16, seven cars, including two semi trucks, collided near the bridge.

The fiery crash caused extensive damage to the bridge over I-84.

On Wednesday, the Ada County Highway District revealed plans to have two travel lanes on the bridge reopened on June 17, 2019, almost exactly one year after that deadly crash.

“We're working with ITD to allow them to bid the project on our behalf and administer the construction of the project,”ACHD Project Manager Dave Rader said.

ACHD told KTVB both organizations are paying for repairs together but have different costs.

“In this agreement, we pay them the estimated construction amount, which is roughly $7.5 million," Rader said.

That amount will go toward the roadway widening, while the Idaho Transportation Department's $3.3 million price tag will focus on the bridge itself, ACHD said.

“We’re ready to put that design out for a contractor to bid on and start that construction in January,” said Jake Melder, Idaho Transportation Department’s public information specialist.

Drivers can expect some temporary changes when that construction starts.

“We will close the interstate at least four evenings,” Melder said. “That's going to be to remove the existing structure and then to place girders over the interstate down the road.”

“The new bridge is going to be a four lane facility, two lanes in each direction, with shoulders and a shared wide sidewalk bike path that's going to be used by both pedestrians and bicyclist,” Melder said.