The developers ultimately hope to build about 2,000 homes in the Syringa Valley development. 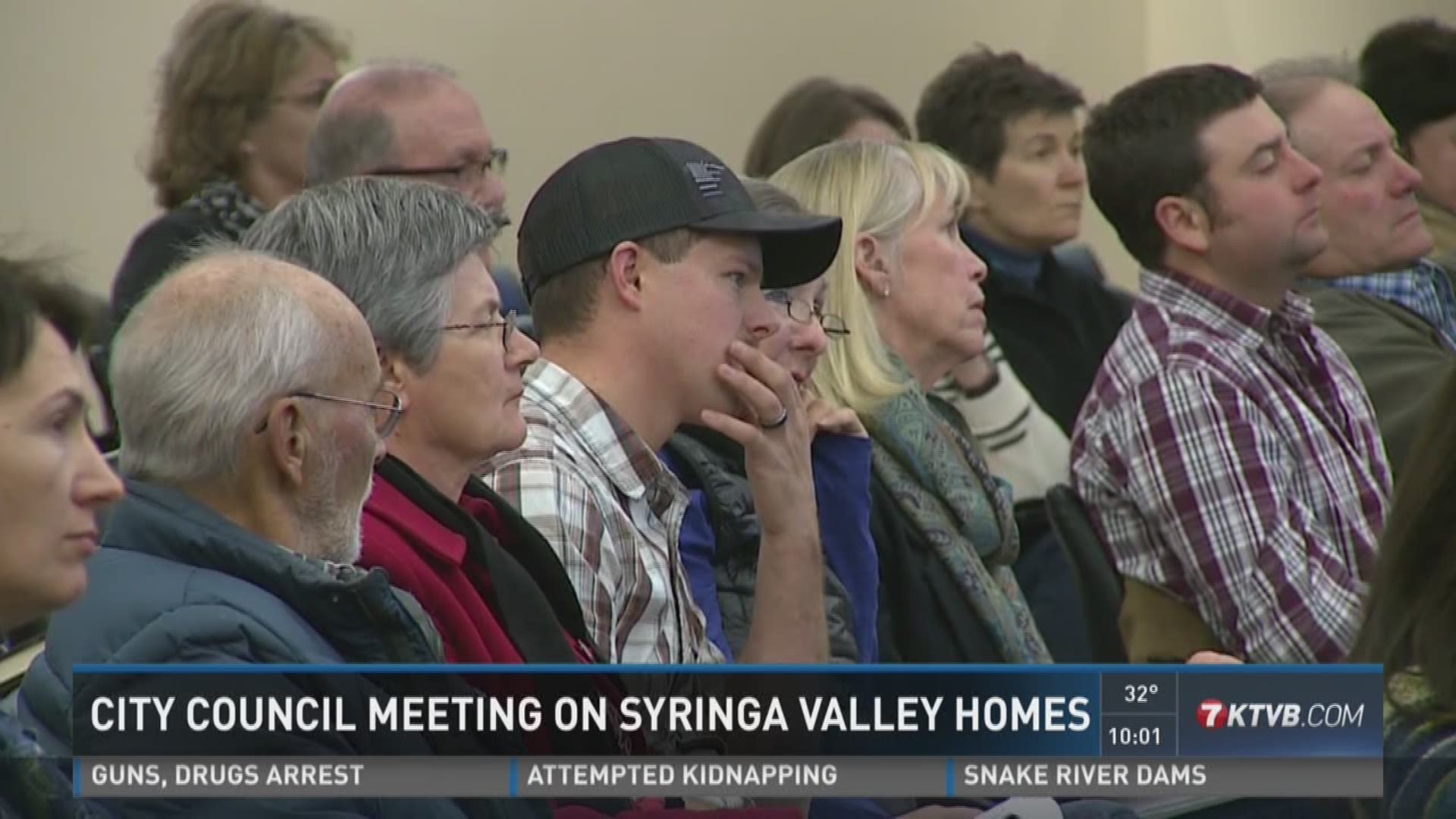 BOISE -- Boise's city council voted Tuesday night to approve the proposed 600-acre development that will transform the landscape south of the airport.

The long-awaited decision came at about 10:30 p.m., after hours of testimony from the public.

The Syringa Valley development, which will be built in open land off South Cole Road and Lake Hazel Road, will include homes, schools and a shopping center.

City council members approved the development under a few conditions. Developer Corey Barton Homes agreed to start construction on only a few dozen houses before Lake Hazel Road is fully extended to Orchard Street. The council also called for construction of a bridge over the New York Canal.

Some neighbors made it clear they did not like the plan, and worried that the development would send thousands more cars pouring down an already crowded Cole Road.

Resident David Clayton said neighbors were worried the development would bring increased traffic and other problems to the area.

"Traffic can affect home values. You have the addition of thousands of new homes in a noise pollution area defined by the Boise airport, and because of that you can see home values decrease by up to 11 percent," he said. "And if you have thousands of new homes being sold in that area with small lots, the median average price of homes is going to go down, which is going to have a cascading effect on all the appraisal values of houses around it."

Chris Christman said he had been looking forward to living out on the edge of town when he moved to the area. He had been living off of Cole Road about a year when he learned of plans for the development.

"It got my attention that there was going to be a 600-acre development put next to my house - it really raised my concern, because that's the whole thing I wanted to get away from," he said.

Clayton said he wasn't against the creation of new homes - he just wanted to make sure it was being done the right way.

"They're not necessarily opposed to the entire development and the idea, because growth is going to happen - it's what happens everywhere in the world," resident David Clayton said. "What they don't want to see happen is they just don't want to see it happen in an irresponsible way - one that puts kids in danger, one that puts their own values at risk- whether it be their homes and traffic and the standard of living that they have."

"By the time that we're building any houses of any significance, the new extension will be open," he said. "And our studies indicate with this new road is actually going take trafficoff Cole Road because it will be a faster way for people who want to get up to the freeway."

City council member Elaine Clegg said the city is excited about the mixed-use development because it "reintroduces a traditional neighborhood design" with the inclusion of homes, schools, industrial, and retail space.

The developers ultimately hope to build about 2,000 homes in the Syringa Valley development.