Boise veteran reflects on five years in the Marines, the meaning of Veterans Day

Sean Hinkle said stepping away from the Marine Corps was a difficult decision. 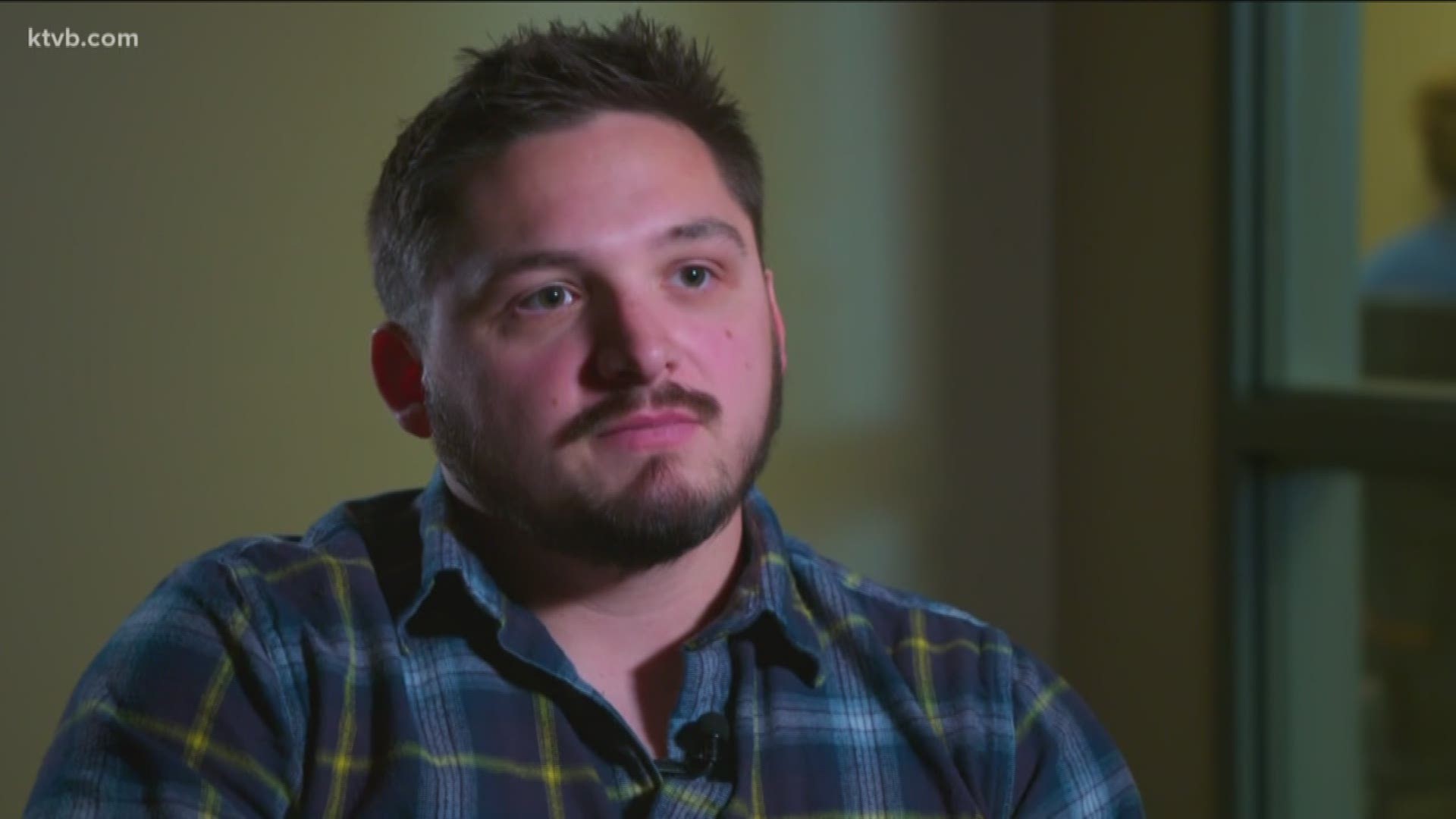 BOISE, Idaho — Camping is in tents, Sean Hinkle takes intensity to another level.

So, about the only other thing where he could focus that excess in energy was in the United States Marine Corps.

Sean spent five years as a grunt -- from 2009 through 2014 -- and deployed to Afghanistan several times.

RELATED: Meridian High grad was one of two Idahoans to guard the 'Tomb of the Unknown Soldier'

He refused to talk about his injuries, once shot in the back, another time he stepped on an IED.

While he walked away from those, he says stepping away from the corps hasn't been so easy.

"But for those months that you're there, you're in combat, that's your job. so that's a long period of time to have bullets flying over your head, to have mortar coming down on you, to have all that stuff, to be scared for your life."

"And all you have to think about is not dying."

RELATED: From WWII's Pacific Theater to Syria, Idahoans who served share their stories of being a veteran

"Being a Marine is a lifestyle, it's not just a job that you do and then on top of that being in the infantry, it's exactly what a Marine is supposed to be."

"My name is Sean Hinkle, I was in the United States Marine Corps and I served in Afghanistan."

"Veterans Day is not necessarily a hard day, what's harder is the fact that I lost friends around Veterans Day."

"While you're there you have to kind of push it to the back of your mind, you can't sit there and think about it because you still got stuff to do, you still gotta put work in."

RELATED: Why is Veterans Day celebrated on November 11?

"So it hit me after I got out, was when it really hit me."

"The best way I can explain it is that it creates a void because you don't want to talk about it, you don't want anything to do with it, you just want to get as far away from it as you possibly can but at the same time you're denying yourself because it's still who you are."

"There was like a hole inside of me that I couldn't fill cause I was missing my brothers it just kind of went downhill from there."

RELATED: Remember this Marine and his wife? Generous donors are making sure they get their dream home in Eagle

"The first time I was still married."

"And uh, had a flashback and I was going in and out, and then when I got to the hospital, I told them that I had been thinking about some of my friends and that I didn't want to live anymore."

"And then the second time was after my divorce, you know, just put all of that, my whole life crashing down and i just took a bunch of pills and hoped I wasn't going to wake up in the morning, but I did. That was uh, a pretty bad time."

"It's just one of those things, like, unless you have buddies around you, that are always around you, you're going to have a hard explicative time, and I hope you do have guys around you that are there for you because it's not a fun ride, it's really not."

"What Veterans Day would mean to me? It means a lot, you know, it means that people understand what we've done, what we had to go through in order to be here. Like, we made it back alive, you know?"

"So, Veterans Day means a lot to me."