The boy was riding a bike along Amity Road when he was struck in July. 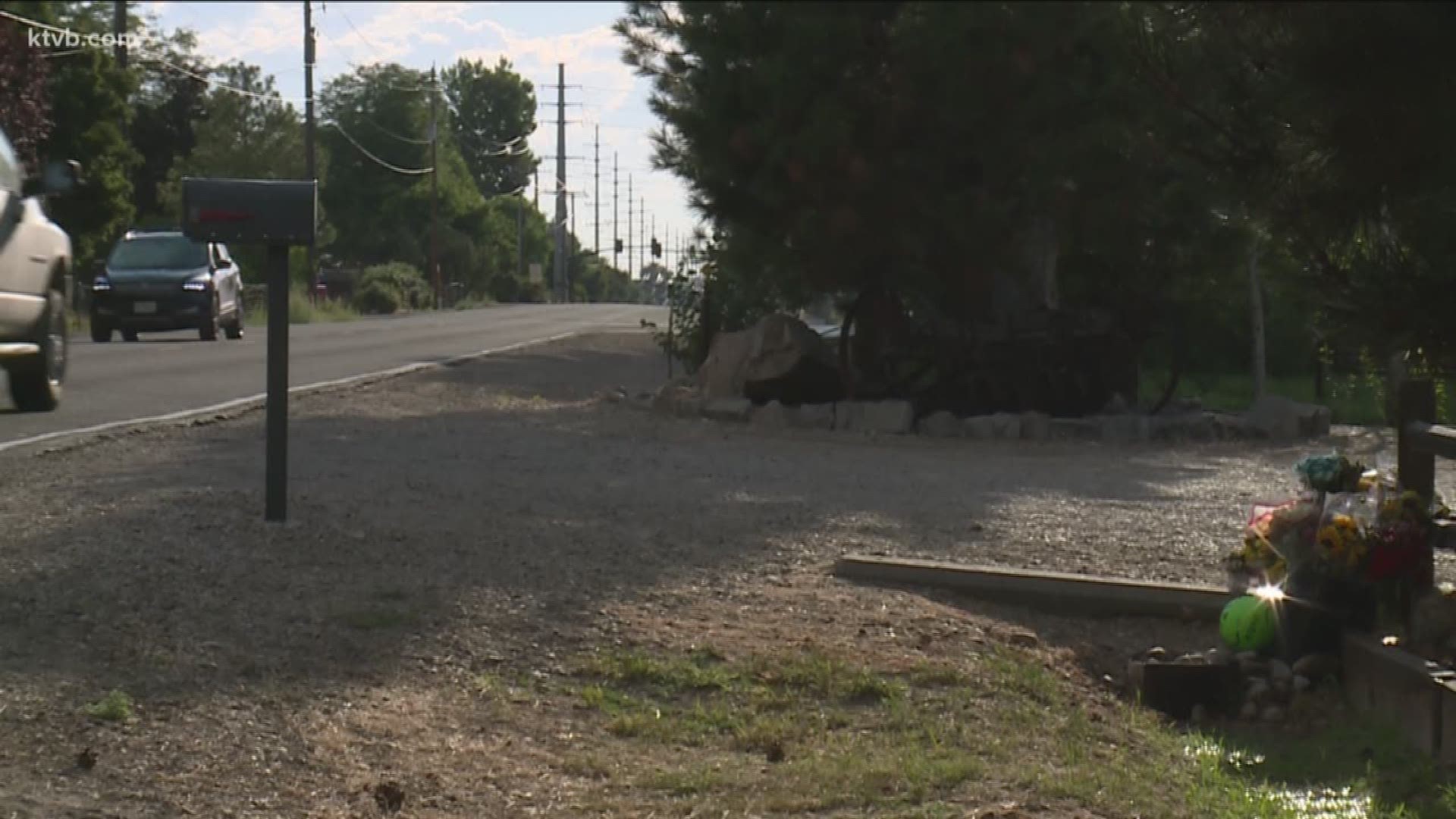 BOISE, Idaho — An 18-year-old Boise man who struck and killed a little boy riding his bicycle along Amity Road has been arrested.

Conner Brant was booked into the Ada County Jail Wednesday afternoon on a misdemeanor charge of vehicular manslaughter.

Authorities say Brant was driving a pickup truck on Amity Road the evening of July 18 when he hit 7-year-old Eduard Prokopchuk of Nampa as he biked with two other children under the age of 10.

The force of the impact threw Prokopchuk off his bicycle and into a nearby fence. Brant stopped his pickup immediately and ran back to the site of the crash, according to investigators.

Credit: KTVB
A makeshift memorial is set up along Amity Road, near where a 7-year-old boy was hit by a pickup truck on Thursday. The boy died at the hospital the next day.

Paramedics rushed the child to St. Luke's Medical Center in Boise, where he died from his injuries the next day.

Brant was not under the influence of drugs or alcohol when the crash happened. He told investigators that he had swerved to avoid something in the road seconds before colliding with the child.

Detectives determined Brant's vehicle was going 33 mph and that he was focused on something inside the car, possibly looking at the radio before the collision.

Idaho law defines misdemeanor vehicular manslaughter as "the commission of an unlawful act, not amounting to a felony, without gross negligence." If convicted, Brant could face up to 12 months in jail.

A date for Brant's initial appearance in the case has not yet been set.