The university said in a statement it is increasing testing and contact tracing, adding that the classroom is the safest place for a student. 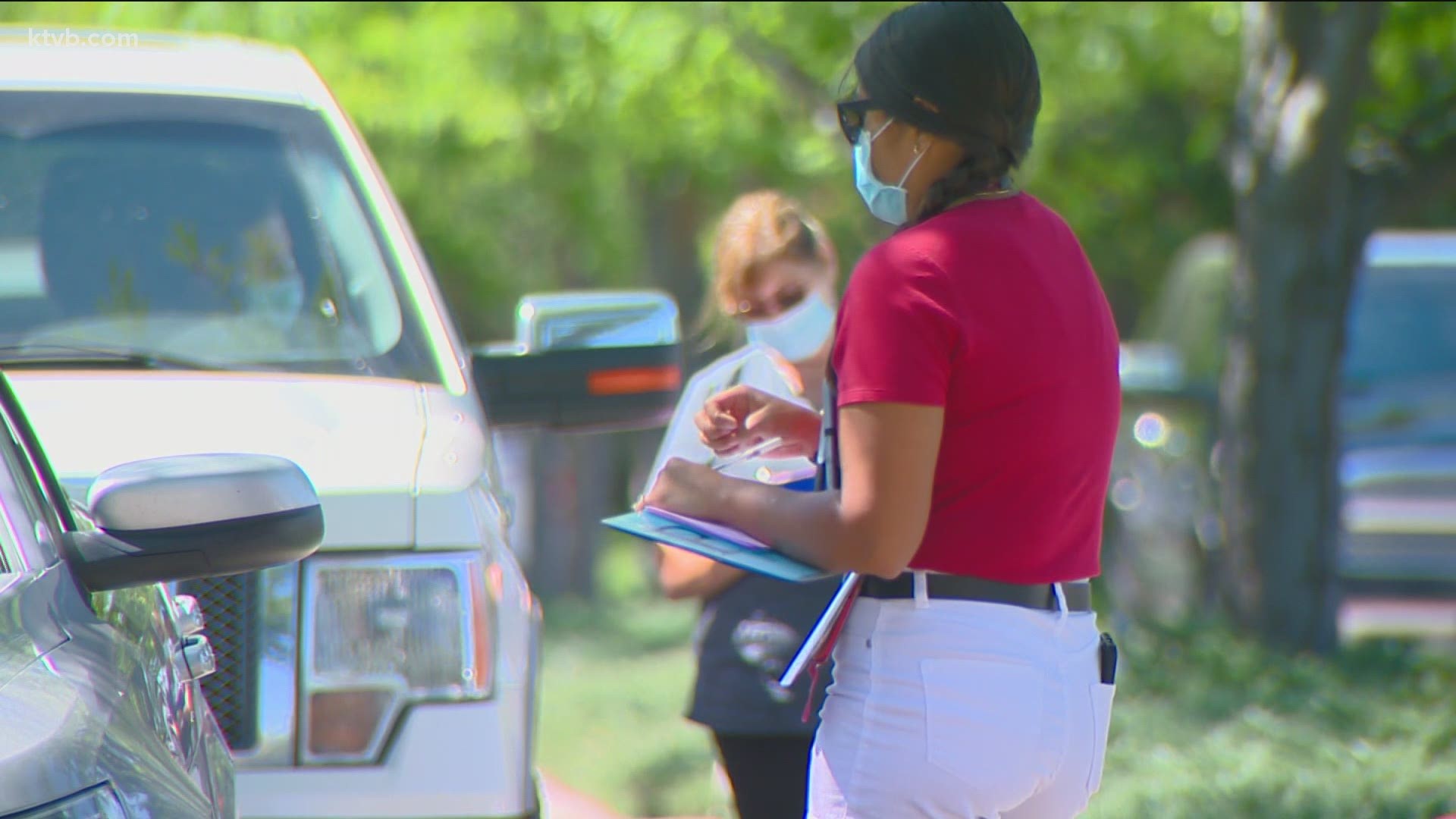 The Task Force is making this recommendation due to the high positivity rate among college age students in the counties where the universities are located in.

Boise State University released a statement on Friday stating it will not be switching to online learning. However, the university does plan on ramping up testing, education on preventing the spread of COVID-19, and contact tracing.

The main reason why the task force report recommended a switch to online learning for the school is because of the rate of 18-24-year old’s testing positive for COVID-19.

In Ada County, the report states the test positivity rate is 15.6%. But Boise State said the classroom is one of the safest places their students can be right now. Their contact tracers haven’t identified a single case from the classroom.

The report also gives a summary of the COVID-19 picture in Idaho. According to the report, its not looking good in the Gem State. Idaho is in the red zone for both cases and test positivity rate. Ada county had the highest number of cases in the state for the week of Sept. 26 to Oct. 2.

In addition, the report made several other recommendations to slow the spread of COVID-19 for the state and universities.

One of those was to expand testing in both PCR and wastewater testing to get a full picture of the spread. The report also recommends to expand contact tracing.

Boise State is taking those recommendations instead of the switch to online learning. The university said their lab got the CLIA certification it needed to starting testing for COVID-19.

They have the capacity to run a 1,000 tests per day and plan to ramp that up to around 4,000 per day but didn't state when it'd get there.

The university is also developing a plan to begin wastewater testing to watch for infection rates. It has also hired and trained more than 30 new contract tracers as well.

Another reason why the university isn’t switching to online learning is because of their weekly cases. According to Boise State’s dashboard, cases increased every week from Sept. 3 until Oct. 1.

Altogether the university has seen 402 total cases and more than half of those are students who live off campus, 238 total.

Boise State said that with the increased testing there could be more cases. The university added this will make the community safer because they can do things to stop the spread once they know who has it.