The purchase of the track was made possible when John D. Jackson gifted the school $250,000. The track was built in 2002. 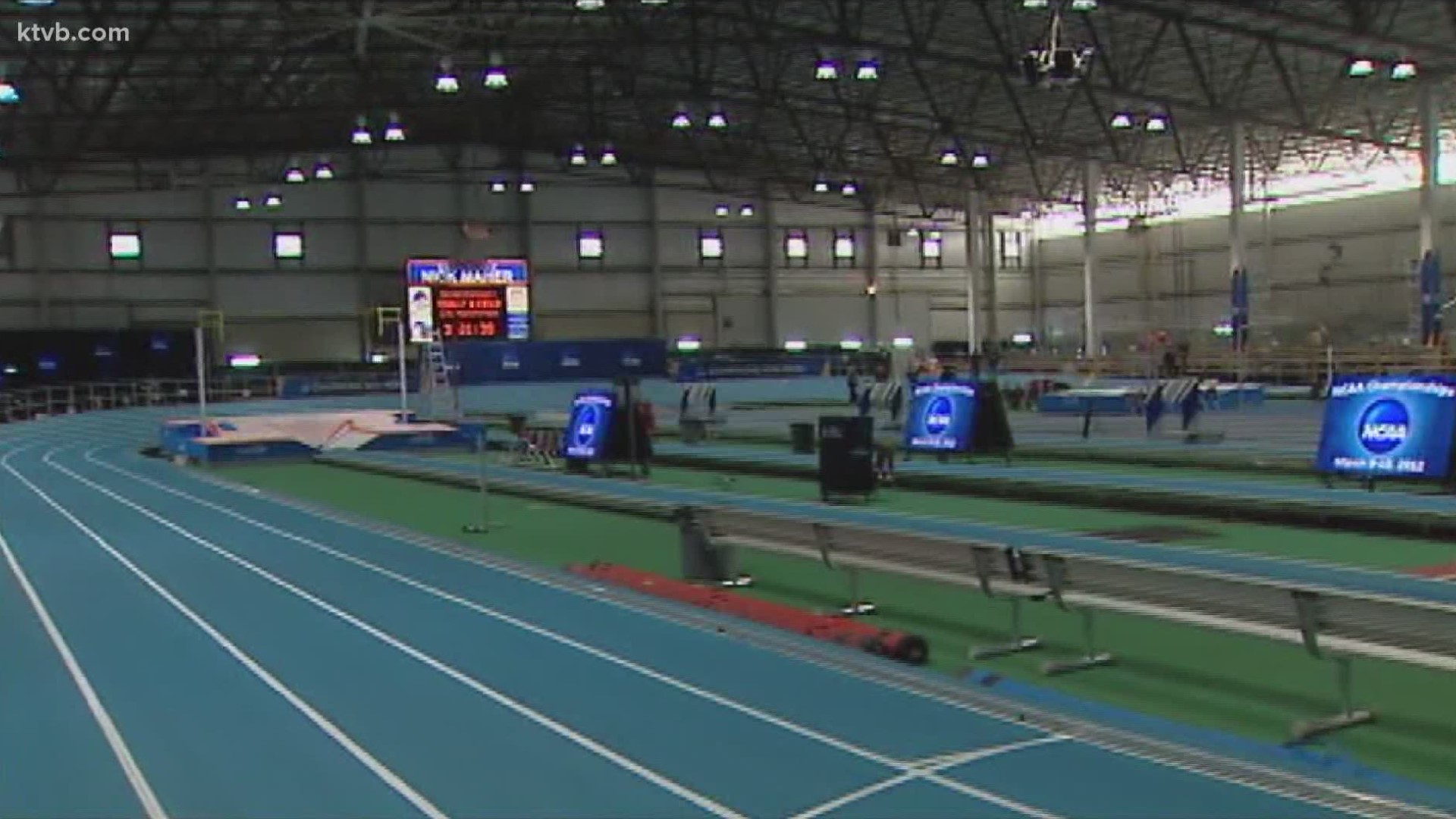 The university is selling its indoor track and field complex - located near the Idaho Center in Nampa - for a grand total of $350,000.

“I just wanted to make it more public that people needed to know this track was up for sale and that we can't lose it here in the community," Dragila said.

Boise State was able to purchase the indoor track thanks to a $250,000 donation in 2002 by John D. Jackson, the president of Jacksons Food Stores. It was the site of the 2012 NCAA National Indoor Track and Field Championships.

Dragila is a huge name in the local track and field community. She won an Olympic gold medal in pole vaulting during the 2000 Olympics and runs her own pole-vaulting facility in Garden City.

She has a vested interest in expanding track and field opportunities for kids in the region.

“I know how many kids utilize that track here in the Treasure Valley,” she said.

She doesn't want to see it be sold to an out-of-state buyer and have local athletes lose access to the facility.

“At the YMCA level, they have over 300 maybe 350 kids as members that will be displaced and won't have a place to train,” she said. “It's going to affect a lot of people here in the Treasure Valley.”

The Jackson's Indoor Track was built 18 years ago when Boise State, Jacksons Food Stores and the Idaho Center teamed up to create it.

Boise State listed the portable track structure for sale on the state's surplus website for $350,000. To be clear, it's not the building that's for sale, it's everything inside the building - the track, the infield and all of the gear.

Its condition is listed as good, but Dragila doesn't think it's worth the listing price.

“I don't think there's anybody else bidding on it, inquiring about it, so it might just sit right now,” she said. “This number is not matching up to the people that I've talked to.”

A big reason is because of the straight-aways and the hurdles wouldn’t be a part of the sale as they are an affixed piece at the Idaho Center.

“They were glued down when they had their championships here,” Dragila said.

That part is worth around $100,000, according to Dragila. She says she's tried negotiating with the university but hasn't heard much back.

“We were just getting the runaround,” she said. “It’s been really frustrating; I mean this is a big-ticket item and we can't just pull those funds together with a snap of our fingers.”

It’s Dragila’s desire to purchase the track and then come up with the funds or support to make at a multi-sport complex of some sort. That way the track will remain a permanent training facility for kids in the region.

“I think we’re just not using it to its full advantage,” she said.

Right now, the track spends the majority of its time in storage, instead of being used year-round.

KTVB reached out to Boise State with a list of questions. The university responded by saying they will try to answer them on Friday as soon as they can.

In Idaho, it's policy for state institutions, like Boise State, to have an open offer period for items. That period is meant to give Idaho agencies the first shot at these listed items.

That period is two weeks, and Thursday is the final listing day for the track. If any property is not bought by the end of the period, it may go to public auction.

Dragila's concern is that with this period ending this opens it up to more potential buyers from out of state.