Taking a look back at 50 years of Boise Greenbelt history

Before plans were adopted in 1969 to build the Greenbelt, the Boise River was a city eyesore. 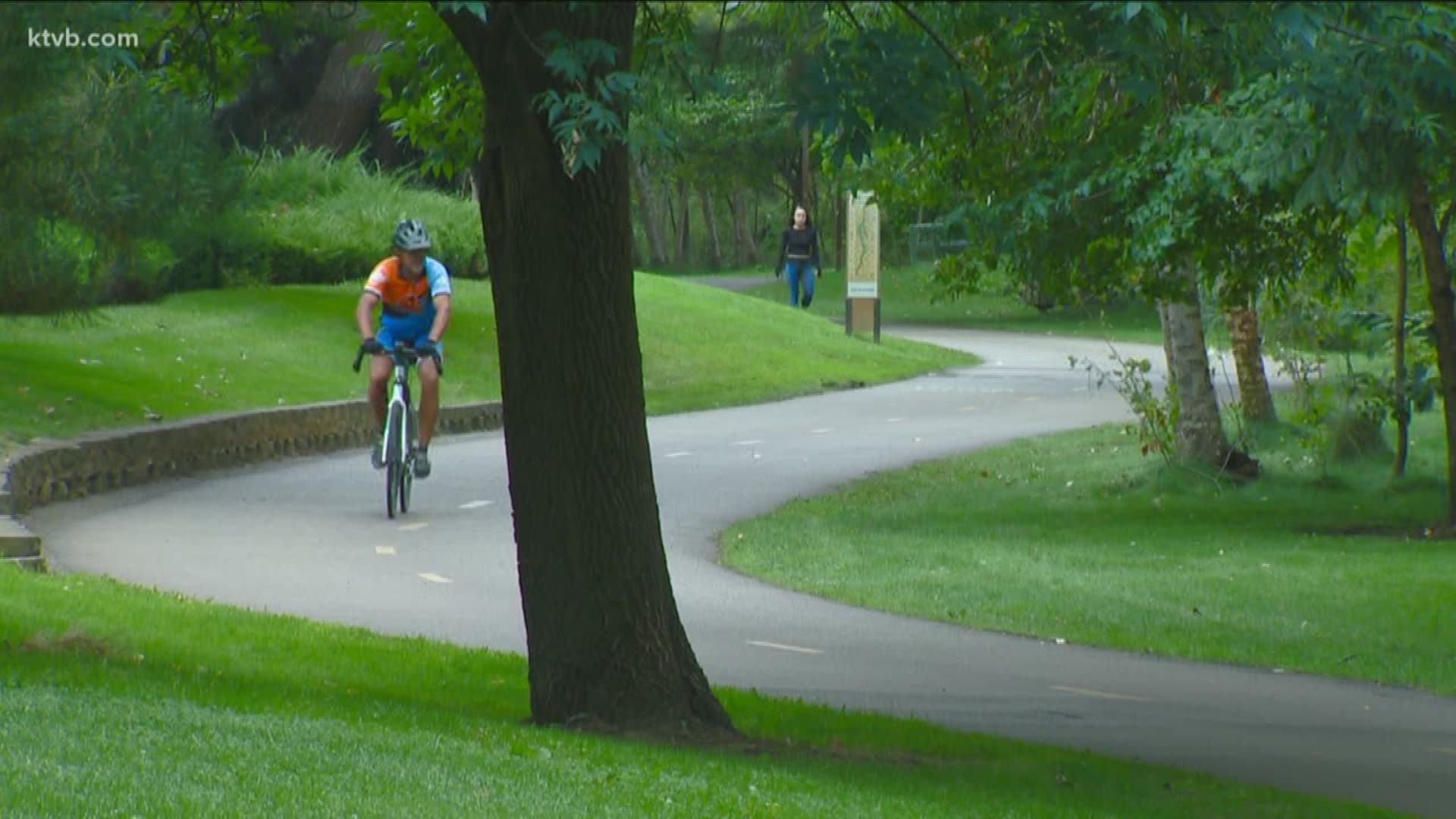 Fifty years ago, the Boise River was not a main attraction in the capital city. In fact, it was an eyesore and a city dumping ground.

2019 marks the 50th anniversary of when the first comprehensive plan for a Greenbelt project was adopted to revitalize the river.

Prior to the project proposal, the city said the river was anything but scenic or pretty.

"Before the Greenbelt was ever started, the river was the city's back door," said Brandi Burns, history programs manager with the city's Department of Arts and History. "It was a waste disposal system – raw sewage from the city was piped directly into the river and people would just dump trash along the banks."

In 1963, the Atkinson report presented the idea to develop a vision what the river could become.

In 1967, Boise City councilmen Bill Onweiler and Sherm Perry went to Washington, D.C. to ask senators for funding for the river Greenbelt project. They would end up getting $100,000 to kick-start the project.

It was 1969 when the first plan was adopted and the first Boise Greenbelt committee was established.

The early days of the projects had its challenges, including some resistance from those who lived along the river at the time.

"There are several stories of Greenbelt representatives being greeted by riverfront property owners with their shotguns like, 'Get off my land, you cannot tell me what you can and cannot do,'" Burns said.

Not long after, it had a dark period, with several violent incidents, including three women who were raped and murdered.

Kay Lynn Jackson, 22, was walking to church along the Greenbelt in 1998 when she was attacked and killed.

In 2000, Boise State student Samantha Maher was walking to class on the Greenbelt when she was killed. Also in 2000, a flight attendant with a layover in Boise, Lynn Henneman, was walking from a restaurant to her hotel when she was attacked and killed.

"Public safety became an issue on the Greenbelt in the '90s and early 2000s and so the city responded by developing the Greenbelt Patrol," Burns said.

The patrol also added additional safety features along the Greenbelt like lighting, emergency call boxes, and pavement mile markers so if people needed help on the Greenbelt, they could pinpoint their exact location.

Another major milestone for the Greenbelt was in 2016 when the final portion of it was completed, having sat unfinished for many years.

From the early 1990s until 2003, the Greenbelt was also a popular spot for the Boise River Fest, which included a fireworks show and free concerts.

Burns said the river has come a long way in its 50 years and really set a precedent for other greenbelt projects across the country.

"It's really changed the way the way we interact with the river and actually the cleanliness of the river," she said. "It really is a unique example of how a community has developed and honored public access to an amenity like a river."

RELATED: Vital link to the Boise Greenbelt reopens to the public

The 50th anniversary celebration continues through the weekend with the opening of the 1999 Greenbelt time capsule at Shoreline Park at 10:30 a.m. Then on Saturday, events include a fun run, food truck rally and jazz concert. Details about the celebration can be found on the city's website.