They say the need is greater and might have to feed as many as 1,500 families during the holiday. 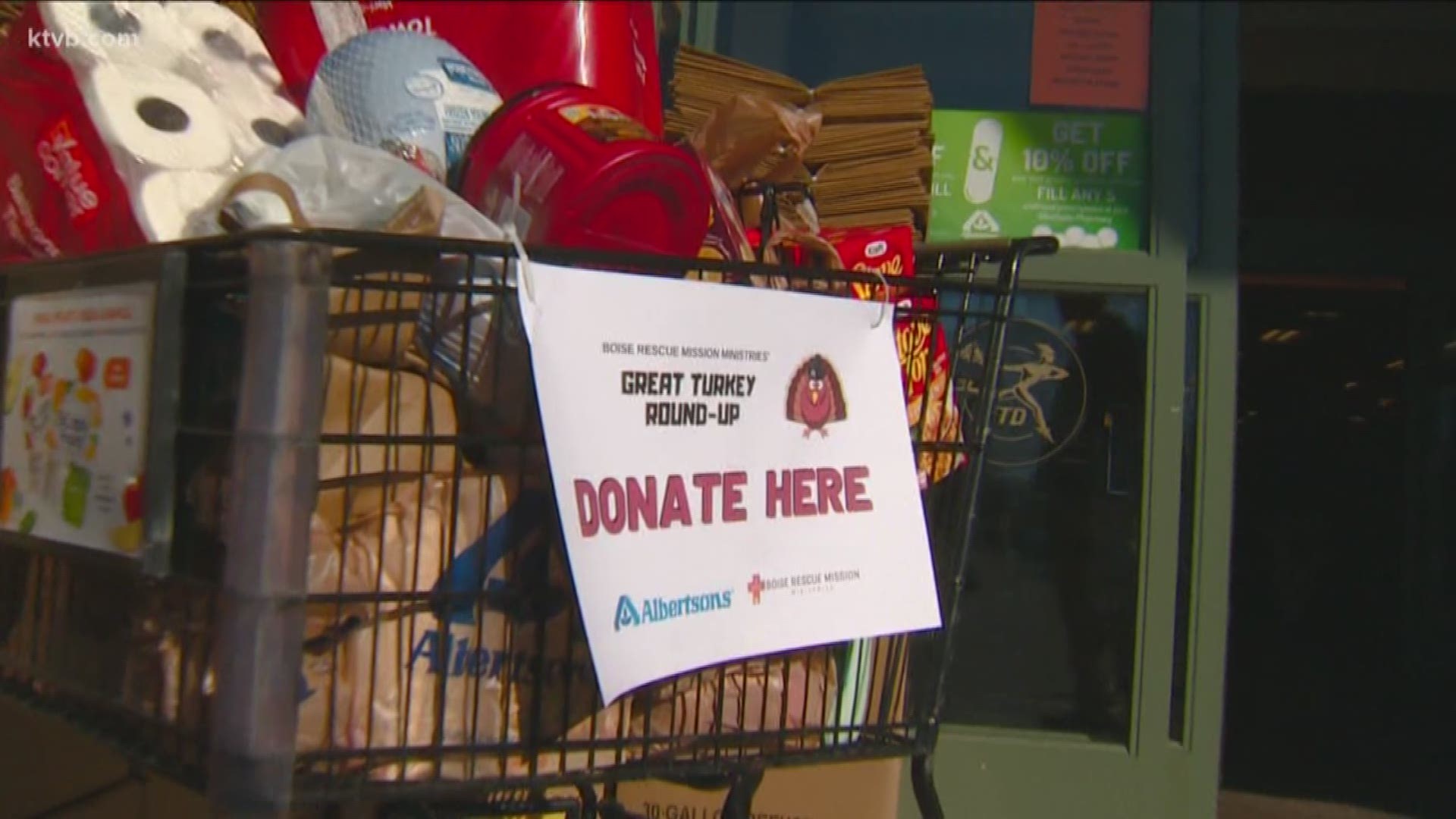 BOISE, Idaho — The Boise Rescue Mission says they want to feed 5,000 people across the Treasure Valley this holiday season. But they are facing some challenges.

One of those challenges is the calendar.

There are fewer days between Thanksgiving and Christmas this year than in a normal year.

And because of that, the Boise Rescue Mission has less time than normal to collect the food needed to feed what they say could be as many as 1,500 families.

They got a head start on that goal Friday.

They are collecting turkeys and other food needed for Thanksgiving meals at local Albertsons.

They will accept any donations including cash.

"The wonderful economy is wonderful for most of us, but rents are going up too, cost of living is going up a lot and we’re seeing a lot of people coming for meals who didn’t use to come for meals because it just makes their paycheck go a little bit further, and when rents are getting as high as they are in this community people need all the help they can get, and a lot of folks are coming to us that have never come before even though they’re working a making a living they’re just not able to keep all the bill paid," said Boise Rescue Mission CEO Bill Roscoe.

The Boise Rescue Mission was out at six different Treasure Valley locations Friday.