Boise officials are working on drafting rules for dockless bike companies looking to operate in the City of Trees. 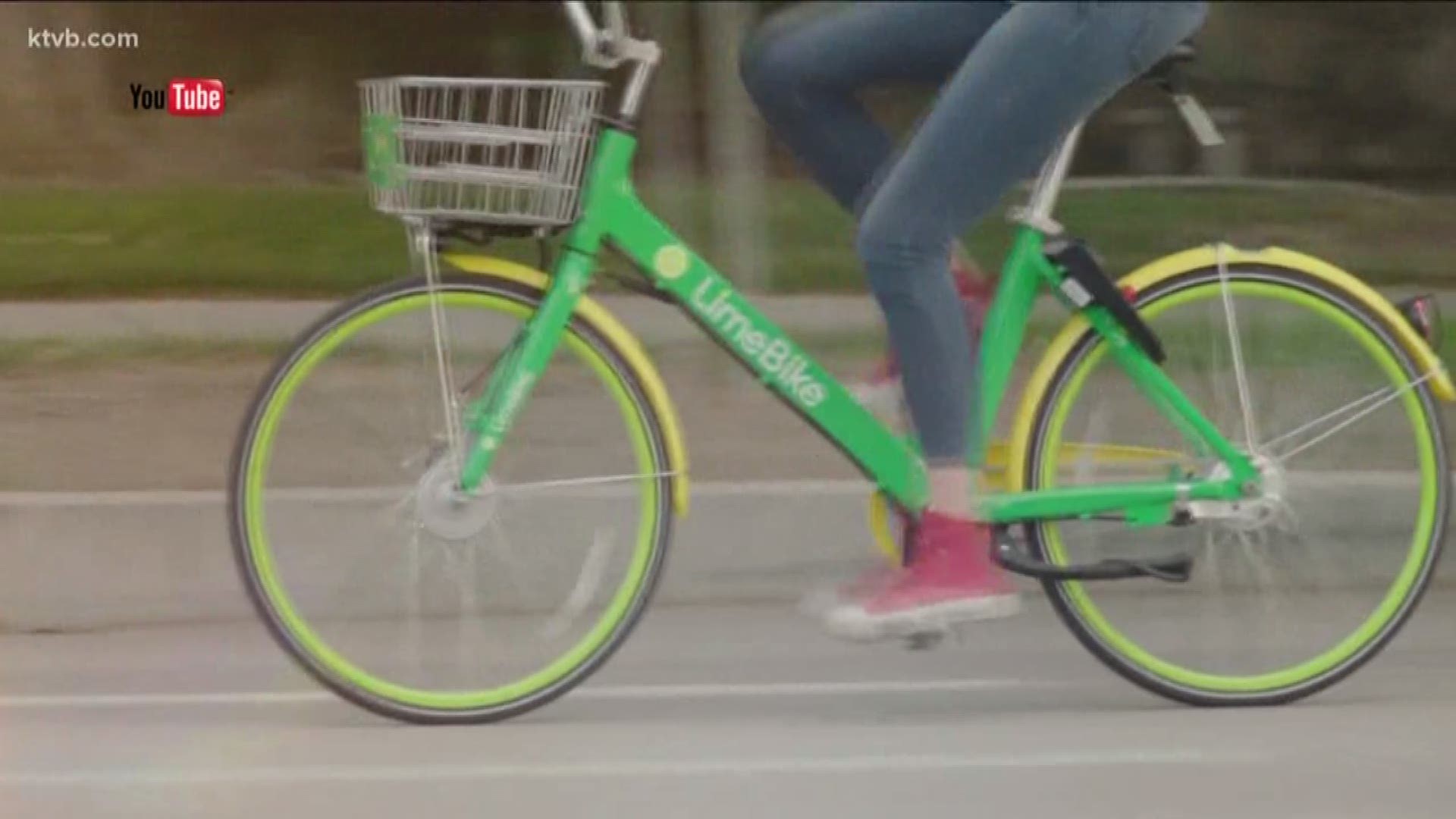 BOISE — More options are on the way for one of the Northwest’s largest cycling communities.

Dockless bike companies have their eyes set on the Treasure Valley as a new place to operate in.

But the city of Boise is working to lay out some ground rules before businesses set up shop.

Since May, three dockless bike companies have expressed interest in operating in the City of Trees.

Boise spokesman Mike Journee says that these companies coming to Boise is inevitable.

“This is a new industry, this is something we are watching in communities, but it has really exploded in recent months,” says Journee.

As of now, dockless bike businesses are only required to get an operating license from the secretary of state.

But newly proposed regulations would mandate that companies get a license through the city for $5,000.

And many operators offer electric assist bikes and scooters in addition to traditional pedal bikes.

For all companies, there would be a limit to how many units can be on the street.

“Each of those companies will be restricted to a total of 250 units either bicycles or scooters,” says Journee.

There would also be additional fees.

“For each bike or scooter they bring in we would require a $100 fee, in addition to a $20 security deposit, which would be if the city has to go out and remove a bike if necessary,” says Journee.

Also proposed, a $100 fine for a bike or scooter left somewhere where it impedes traffic.

“I think it will help a lot so we won’t replicate what happened in Dallas where they have over 20,000 bikes and it’s just a huge mess,” says Dave Fotsch, Director of Boise Green Bike.

Boise Green Bike has 127 bikes in Boise and has been operating for a little over three years.

Because Green Bike is a public/private partnership operating on revenue solely from riders and sponsors, its fees are slightly higher than some dockless operations.

Fotsch was concerned he would be run out of business but with the city placing a limit on units he feels much more confident.

“I think we can remain somewhat competitive in this environment,” says Fotsch.

As for safety concerns, Journee says the city will have to wait and possibly add additional rules if necessary.

“Are people going to understand how to ride a motorized scooter properly, where do they ride that, is that something that’s allowed in a sidewalk or bike lane,” asks Journee.

There will be public testimony on proposed city rules on August 21 and the guidelines could be adopted by September.