The equipment came from the decades-old 1033 Program. The department returned two pairs of night-vision goggles and several firearms. 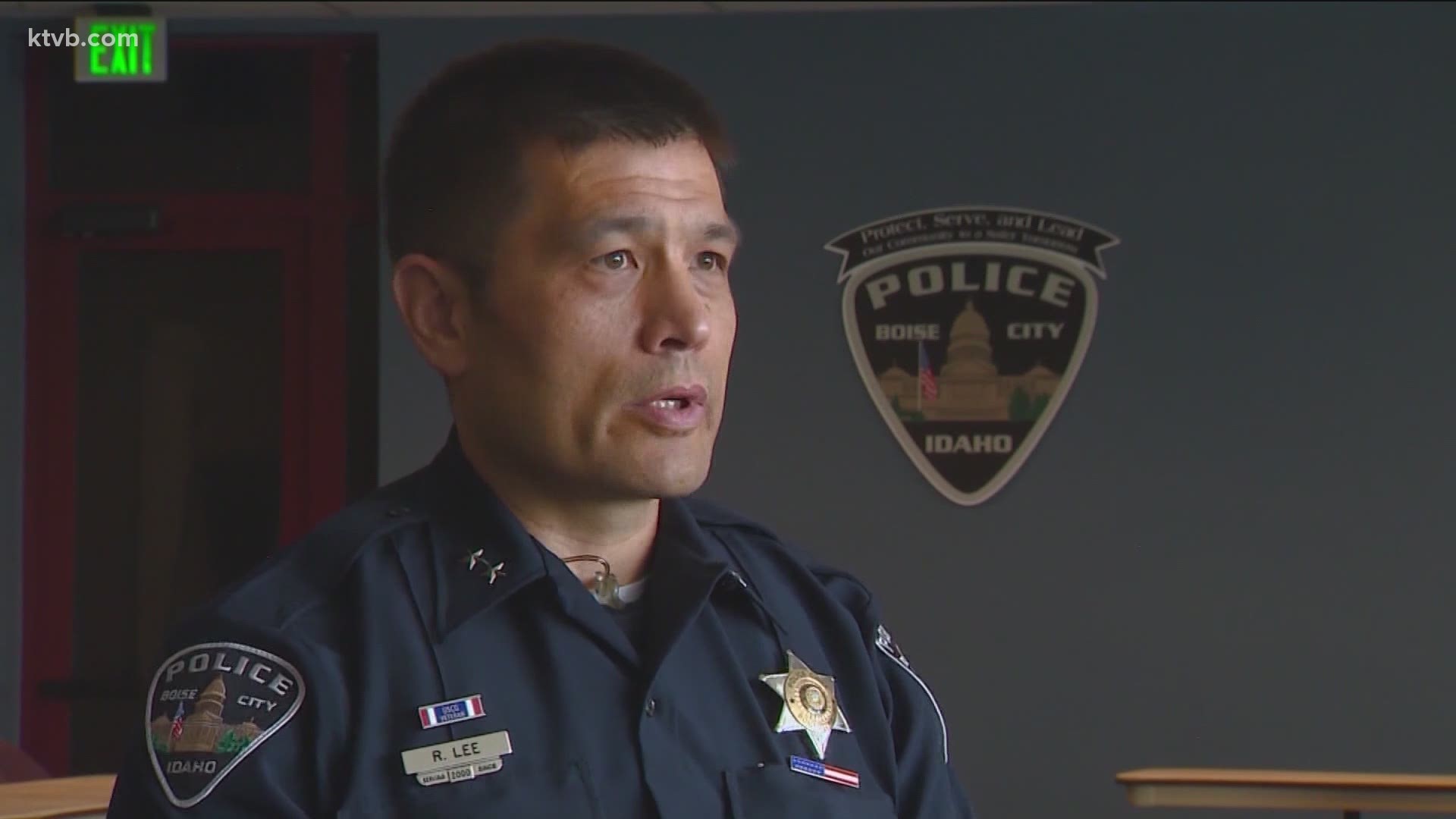 BOISE, Idaho — Boise Police Dept. (BPD) is returning the last of its military equipment obtained from a federal program. It's a decades-old program that recycles military equipment, including armored vehicles, military rifles, and more to local law enforcement.

The program is called the 1033 Program because that was the number in the legislation back in 1997.

BPD returned the equipment simply because the department did not need it anymore. Two pairs of night vision goggles and several guns were returned.

All of these items were about 20 years old. The equipment will be given to the Idaho State Police, who will then return it to the federal government.

After Boise Police Chief Ryan Lee took over the department, he looked to see what equipment they had from the Department of Defense's 1033 Program.

According to the Defense Logistics Agency, Congress authorized the transfer of extra equipment from the department of defense to local law enforcement. This allows agencies across the country to get equipment for specific reasons.

“We did have some assets we acquired through the 1033 Program and we have divested ourselves of all that,” Lee said to Boise City Council at a work session on Tuesday.

The decision was made over a lack of use and necessity.

“There was no need for us to have that equipment. It had been sitting in an armory unused and it hadn't been used for years,” Lee said. “Even if it had utility, I don't know if we need to have it in the city of Boise, so we've gone through the process of returning it.”

The Meridian Police Department (MPD) also uses equipment from this program. They have reflex rifle sights for each department-issued rifle along with raingear and tool kits.

MPD has not used the program for six years, but still uses all of the equipment they've received from the Dept. of Defense.

According to our media partners at the Idaho Press (IP), Boise police received an armored swat vehicle as part of the program but gave that vehicle to the Ada County Swat Team in 2016.

IP also reported the Ada County Sheriff's Office has used the 1033 Program to obtain 10 bolt-action rifles for its honor guard.

As of June this year, there were around 8,200 law enforcement agencies that are a part of this program.