Officer Kevin Holtry retired on Monday. He was shot by a fugitive in 2016, paralyzing him and resulting in the loss of one leg. 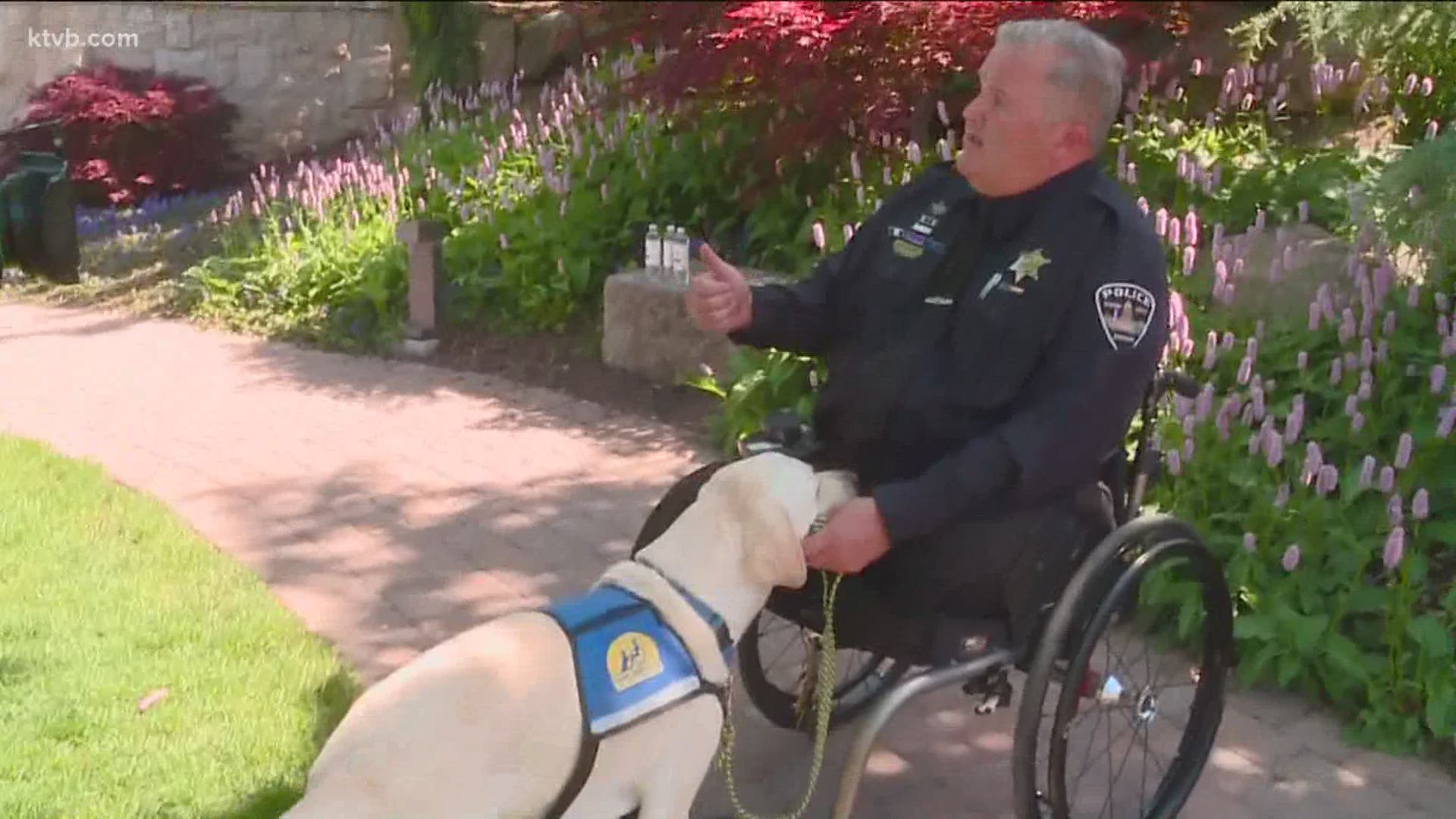 BOISE, Idaho — After more than two decades in law enforcement, almost all of it with the Boise Police Department, Officer Kevin Holtry retired on Monday.

Holtry was shot in a standoff on the Boise Bench back in 2016. The shooting left him paralyzed and resulted in the loss of a leg.

The Medal of Honor recipient was able to power through the ordeal to continue representing the force for the last five years. He called the Boise Police Department his home.

"Just someone saying 'We appreciate your effort' and 'It meant a lot to me what you did today,' those are the highs to me," Holtry said. "I mean I'm a public servant, you're out there serving your community. That's what we do. If you don't find a high in that, then you're not a human."

Holtry worked in law enforcement for more than two decades, nearly all of it with Boise police. He also worked with the Ada County Sheriff's Office for one year.