Boise Police will release an update Monday afternoon on the condition of an officer shot multiple times in November. 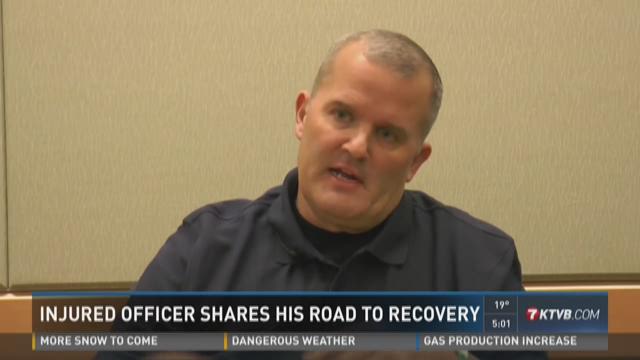 BOISE -- A Boise police officer who was shot multiple times during a manhunt for a wanted felon in November was left paralyzed in the shooting, the department revealed.

Cpl. Kevin Holtry, who spoke publicly for the first time via video message at a press conference Monday afternoon, said his left leg also had to be amputated above the knee in the wake of the attack.

"My spinal cord isn't completely severed - maybe bruised, I'm not exactly sure the details - but I'm holding onto hope and I really have strong faith that I can get sensation back in my legs, which is a big hope for me," he said.

Currently, Holtry said, he is paralyzed from "about the belly-button down."

He will be transferred to Craig Hospital in Denver, one of the country's best hospitals for spinal injuries and will begin an extensive rehab process. Holtry will leave Thursday, with a full police escort from Saint Alphonsus Regional Medical Center to the airport, and from his landing in Colorado to Craig Hospital.

The 17-year department veteran struggled to keep emotions at bay as he spoke about the support, cards, and wishes that poured in from Boise and beyond as he lay in a hospital bed in Saint Alphonsus Regional Medical Center.

"To get this tsunami of love and prayers and well-wishes from people I don't even know and people who have never put a face to my name, they don't know who I am - thank you, from the bottom of my heart," Holtry said. "I know words don't do it justice. It sounds trivial but I've got nothing else at this point to say than that."

Holtry and another member of the Special Operations Unit were shot Nov. 11 as they searched Boise's Central Rim neighborhood for 33-year-old Marco Romero. Police say Romero, who had just been released from prison, had opened fire during a party inside a Meridian apartment days earlier.

Holtry and the other officers were doing a yard-to-yard search through the neighborhood when they found Romero hiding behind trash cans near a home.

"We had been been tasked with finding a really dangerous man, and we had him locked down into a one- block area," he said. "We knew he was bad, we knew he was armed. We were looking for him, and we found him."

In the ensuing gun battle, Romero was shot and killed. Holtry and Cpl Chris Davis were also hit, and rushed to the hospital. Davis, who was shot through the leg, was released days later. 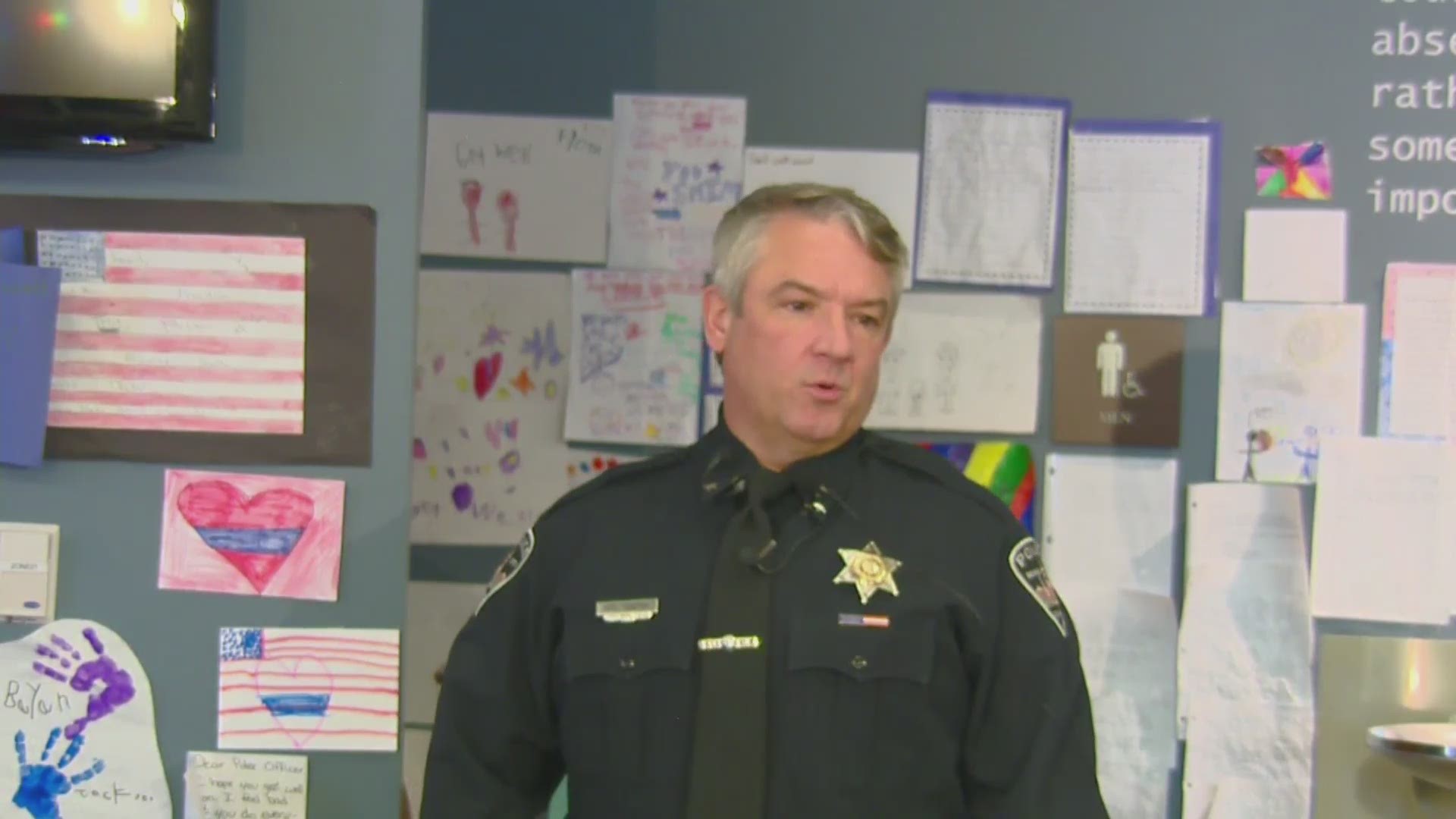 A six-year-old police K9 named Jardo was also shot, and later died from his injuries. The Critical Incident Task Force is currently investigating the shootout.

Holtry thanked his fellow members of the SWAT team and the tactical paramedics embedded with the team, who he credits with saving his life in the bloody moments after Romero's bullets struck him.

"They were throwing tourniquets on, and IVs, and everything they could do to keep me from dying, and they did," he said.

The officer also thanked the staff at St. Al's who cared for him.

"I can't say enough, and give enough thanks to them for what they did as well to save my life, and keep me able to see my daughters each day, and my mom and dad, and the people I love in my life," he said.

"His fight, his drive, his will to recover has been nothing short of inspirational to every individual who had the opportunity to visit with him or talk to him over these last few weeks," he said.

Smith said it's too soon to say how long Holtry will be at Craig Hospital or speculate about his future with the department.

But one thing is clear, the deputy chief said.