BOISE – A Boise police K-9 named Jardo shot Friday during a manhunt on the Central Rim has died. 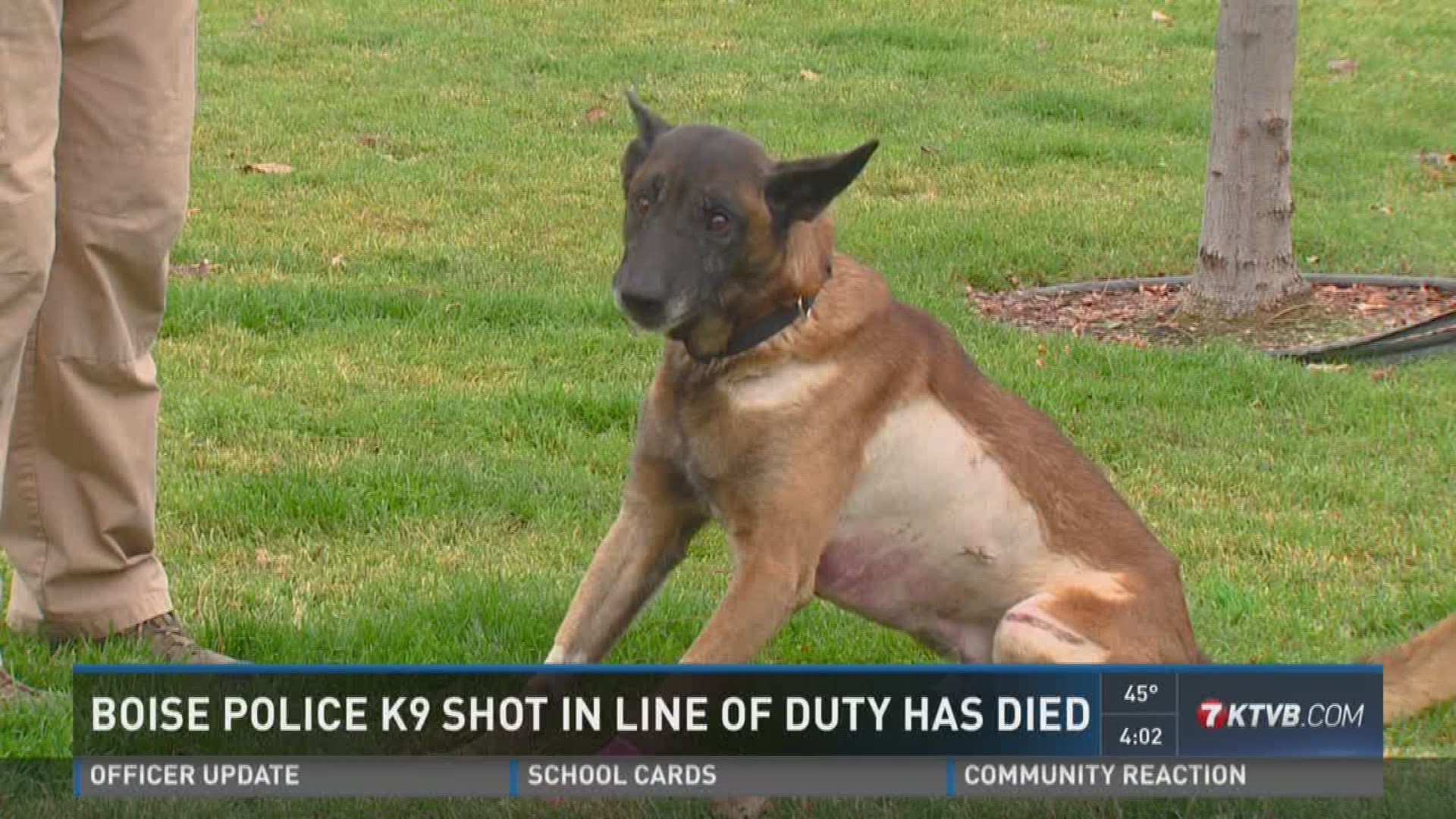 BOISE – A Boise police K-9 named Jardo shot Friday during a manhunt on the Central Rim has died.

Jardo, a six-year-old Belgian Malinois, was taken to WestVet Emergency and Specialty Center Friday afternoon with a gunshot wound to his chest. He underwent major surgery, and lost a lung during the operation. He also lost a lot of blood during the procedure.

Jardo was released to his handler on Saturday and appeared to be on the road to recovery when he was reunited with fellow officer Cpl. Chris Davis earlier this week. Davis was shot in the leg.

"He truly was a hero and I say that with all sincerity. He went above and beyond what could be expected of any K-9 or any patrol officer to save his fellow officers," Chief Bones said. "I do consider this in the line of duty death for our K-9."

A memorial for Jardo is planned for next week. The department will make those details public as soon as they are set.

"I'd really like to thank the community and everybody out there for their overwhelming support this past week, for all they've done to bring us comfort," Bones said.

Jeff Brourman, CEO and veterinary surgeon at WestVet, said Jardo was brought back in to the veterinary office at about 8 p.m. Wednesday after his handler noticed he was acting lethargic.

"On the initial examination, we did find that there was blood in his chest, so he was taken back to emergency surgery," he said.

WestVet staff found a serious hemorrhage coming from the base of Jardo's heart, away from the site of the original surgery. Despite blood transfusions and the best efforts of the veterinary staff, the dog went into cardiac arrest and died.

Brourman said the death is tied to the injuries Jardo received when he was shot. He says a damaged blood vessel likely ruptured in a new place, causing the hemorrhage.

"It was a pretty unexpected, sudden, and devastating complication," he said. "Our hearts go out to Jardo's handlers and the Boise Police Department. We know how important Jardo was to this department."

Brian Lee, Boise Police's executive officer for patrol division, said like all eight of the department's K-9s, Jardo lived with his handler when not at work. Handlers and their animals develop a "super-strong bond," and Jardo's family was no exception, Lee said. 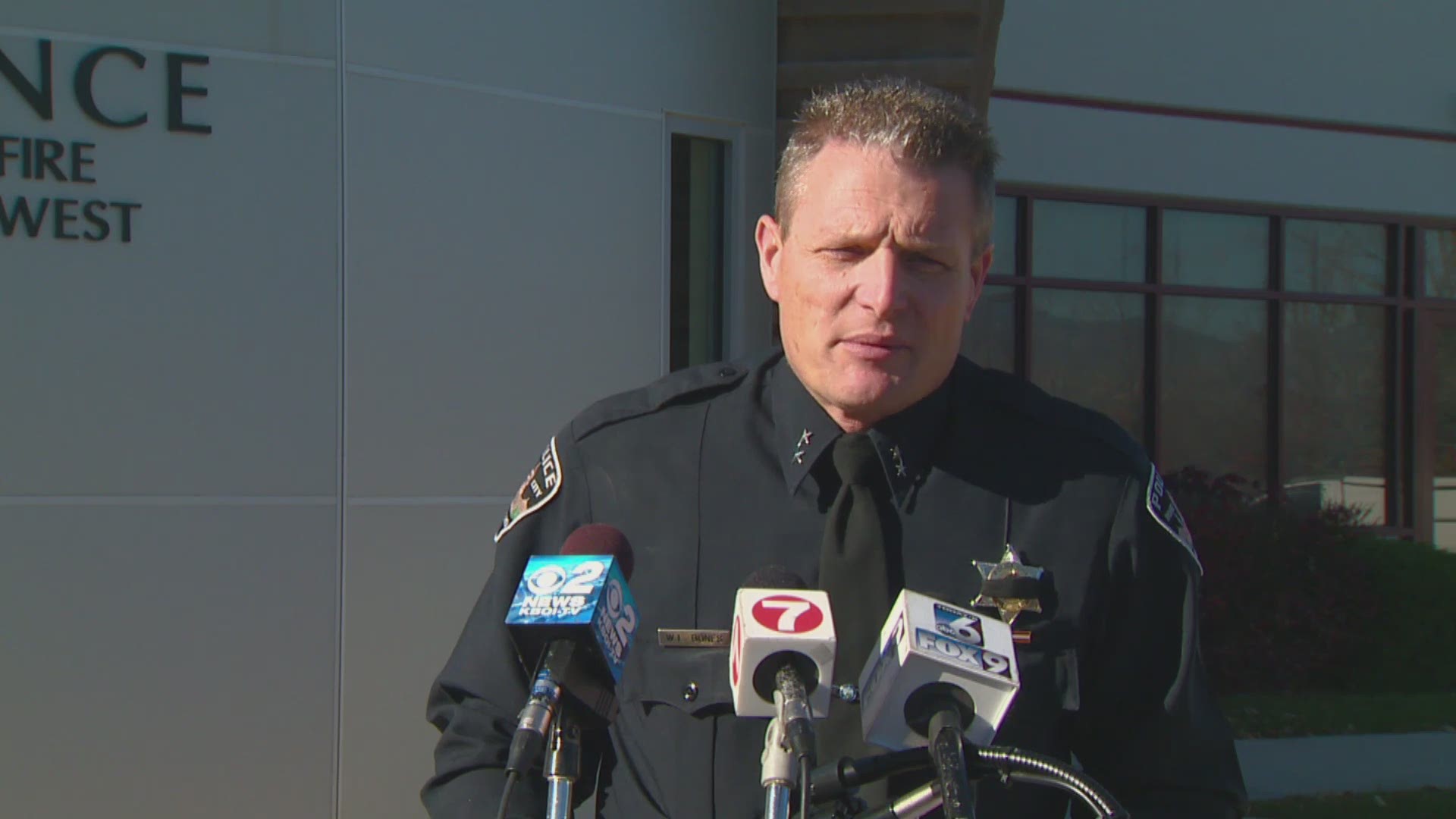 Jardo was an unusually affectionate K-9, Lee said, earning himself a position among officers' favorites.

"He would come up and he would force the petting - if you were there, he was going to get petted," he said. "He was very personable amongst the officers in the station, so I think that's what made him special to a lot of people."

Boise Police Cpl. Kevin Holtry, remains in serious condition at Saint Alphonsus after being shot Friday by the suspect Marco Romero. Romero was shot and killed by police. Romero was wanted in connection with a double shooting in Meridian that injured two people and the carjacking of an 89-year-old woman two days later.

KTVB spoke with Nichole Zacharias, a technician at WestVet, after Jardo's surgery.

"Every time you have a gunshot wound you have massive blood loss. When I knew Jardo was going to need some help I offered Myles right away because he's always here."

Myles is her 6-year-old golden retriever. Myles, along with a pitbull named Cricket, donated almost a liter of blood to help Jardo stabilize.

Here are ways you can donate in memory of Jardo:

The Boise Police Canine Foundation through the Idaho Community Foundation