The driver crashed into a tree on the northeast corner of the intersection and was transported to a nearby hospital where he died later that day. 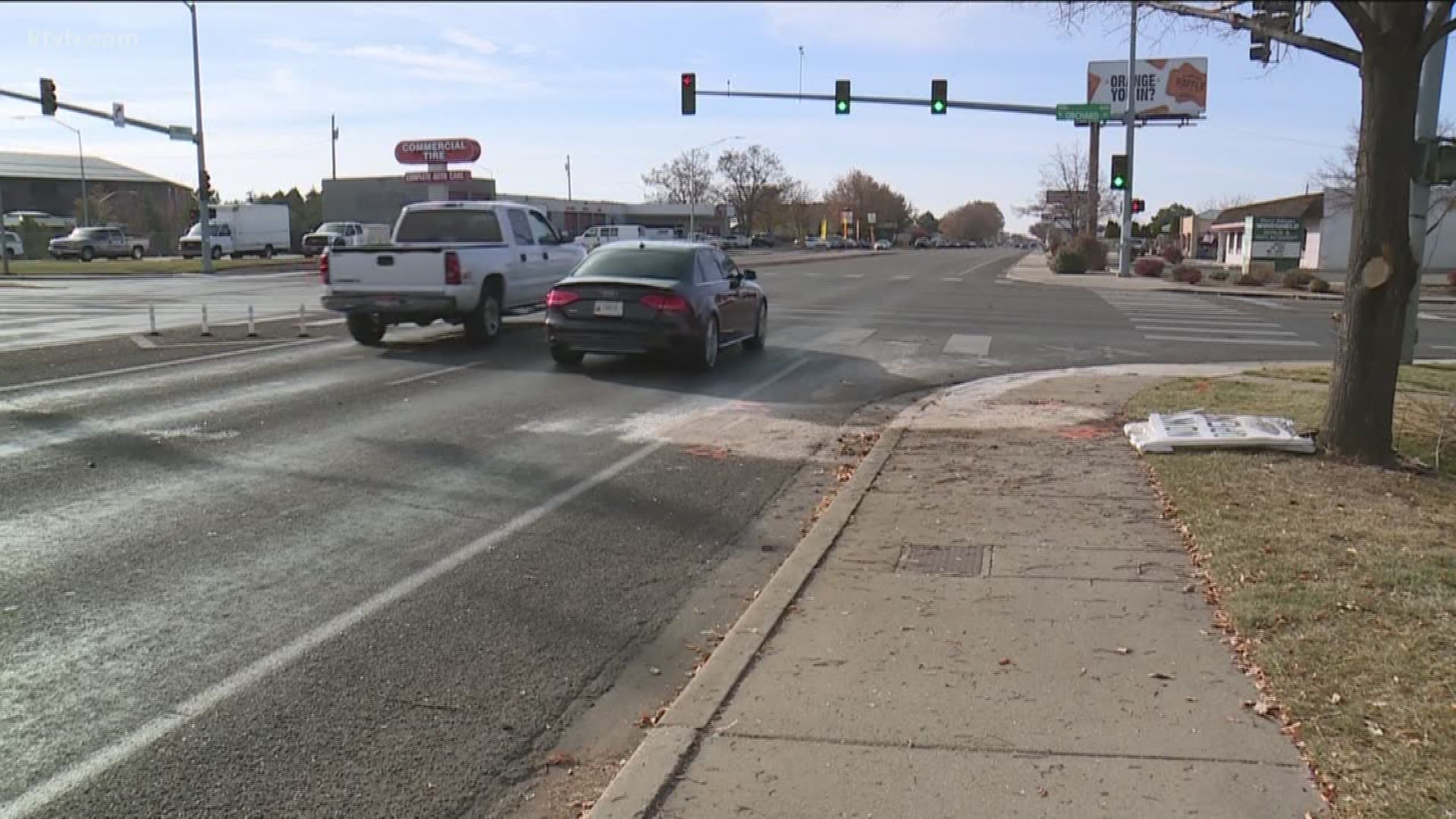 BOISE, Idaho — A man is dead after Boise police officers say he drove his vehicle through the Orchard Street and West Fairview Avenue intersection and hit a tree on Saturday afternoon.

The man, whose identity has not yet been released, was traveling alone in the vehicle when he crashed at approximately 4:25 p.m., according to the Boise Police Department.

The driver was heading east on Fairview Avenue when he veered his vehicle into the westbound lanes, speed through the intersection, and crashed into a tree, on the northeast corner of the intersection, according to the police department's preliminary investigation.

After emergency crews arrived on the scene they took him to a nearby hospital where he later died.

No one else was injured in the crash.

RELATED: Jeep Cherokee goes airborne, lands on top of car and crashes into house in Washington