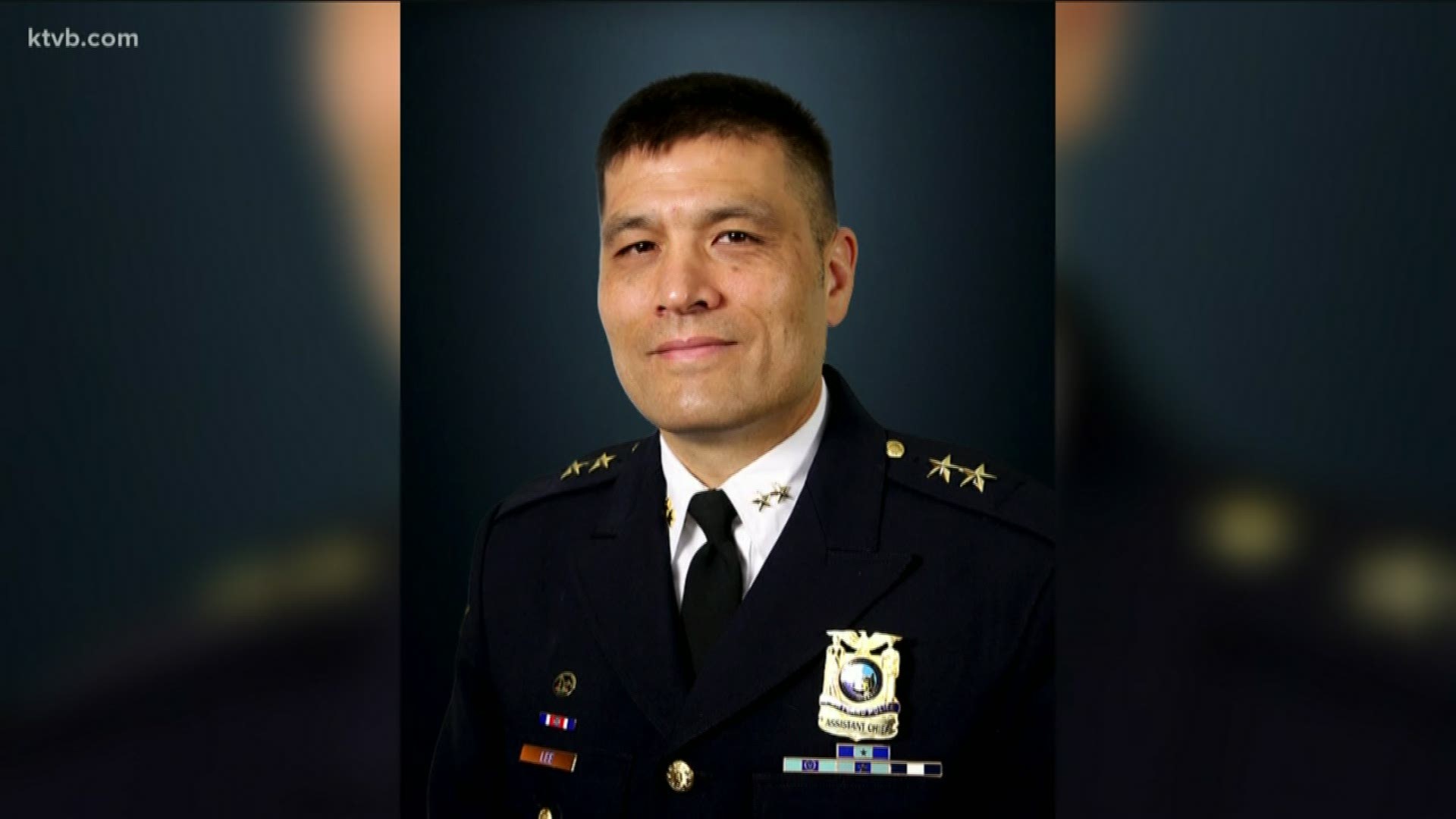 BOISE, Idaho — Boise Mayor Lauren McLean announced Monday that she has made the final selection for Chief of the Boise Police Department.

Her pick, Portland Police Bureau Assistant Chief Ryan Lee, is set to be confirmed by Boise City Council on June 9.

Lee worked in Portland for nearly two decades, rising through the ranks from officer to assistant chief. McLean says the new chief mentored at-risk youth and served on the boards of multiple non-profit agencies in Portland, and is committed to building community partnerships in Boise as well.

“We are excited to welcome Chief Lee to Boise. After conducting a nationwide search for the right fit, we are confident in his abilities to lead the Boise Police Department. His leadership is welcome now more than ever during this challenging time. His commitment to public safety and approach to accountability, transparency, and community engagement fit so well with what residents expect of their police department,” said McLean. “We know he will be a great, inspirational leader to the team of police professionals Boise is lucky to have.”

1 / 6
The City of Boise
Ryan Lee has been named to become Boise's next chief of police.

Lee is also a veteran of the United States Coast Guard, holds a Master of Criminal Justice degree from Boston University, and has served as a national subject matter expert in policing large-scale public events. The mayor's office says he has a background in homeland security, terrorism and intelligence, as well as "a long history of studying human rights and building police-community relationships."

“It is a true honor to be selected to be the next Chief of the Boise Police Department,” Lee said. “Boise is a vibrant and wonderful city and my family and I are very excited to move here, build new relationships, and start a new chapter in our lives. I am eager to meet the people in the department and our community members to learn and share ideas for what can be strengthened and what we should continue. I look forward to working collaboratively with the people of Boise to come up with impactful solutions for the community and public safety.”

The starting annual salary range for the chief position is $160,000 to $180,000, plus benefits and relocation assistance, according to the job posting.

Technically, the job is not Lee's until the city council votes to accept the mayor's selection. But City Council President Elaine Clegg said in a statement that council members have been involved in the search for the new chief.

“The City Council was pleased to participate in an extensive vetting process for a new police chief. We are excited to have the selection of Ryan Lee as Chief of the Boise Police Department before us for consent. The process determined that he is prepared to carry forward with our strong commitment to citizen centric community policing and we believe his experience positions him to expand on that commitment at this pivotal time,” Clegg said. “I look forward to supporting his work with our officers and our community.”

If confirmed, Lee will take over the permanent chief spot from Bill Bones, who retired in October.