Law enforcement increased patrols along the Boise River over the weekend 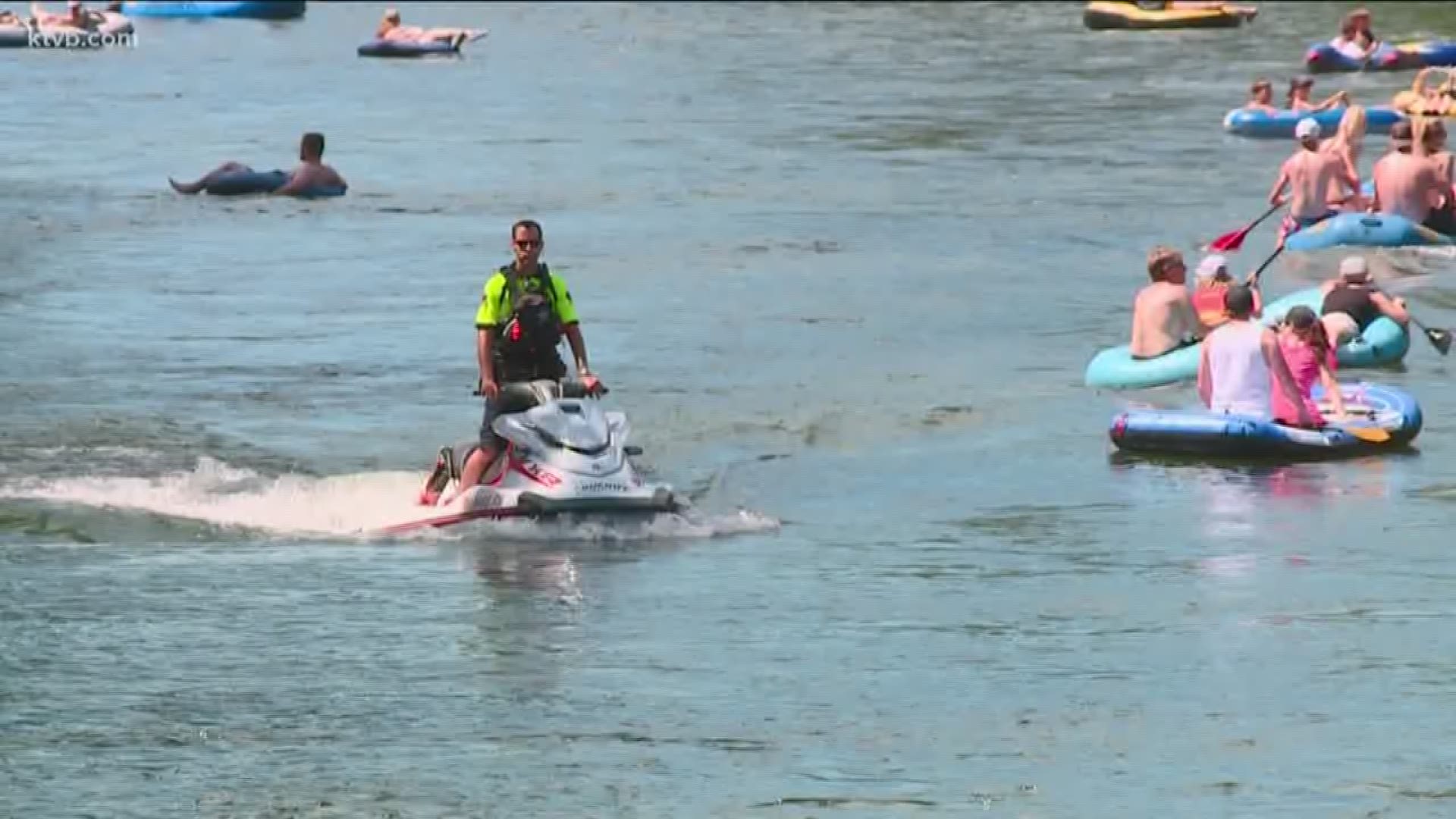 BOISE — If you're a regular on the Boise River, you may have noticed more officers patrolling the stretch between Barber and Ann Morrison parks on Saturday.

The Boise Police Department and Ada County Sheriff's Office increased patrols this weekend to address issues that were reported last weekend along the popular floating area, including fights, dangerous jumping from bridges, and alcohol violations.

“We had a very large fight last week where there were rocks being thrown and oars being used, and I think three people went to jail. One person went to the hospital with a broken leg,” said Officer Tom Shuler with the Boise Police Department. “We want to keep this (floating) a family-friendly event where you can bring your kids, and you're not worried about people getting into a fight and your family not having to see that and maybe even getting involved.”’

Open containers of alcohol are not allowed within 250 feet of the Boise River.

On Saturday, officers also reminded everyone to be safe when getting into the water.

“It's a river. It's not the lazy river, it’s not controlled. Have that life jacket on, it'll save your life in the long run,” said Detective Hyrum Jones with the Ada County Sheriff’s Office.

Law enforcement also urged people to be cautious when jumping off bridges near the river. Jumpers must make sure to stay at least 50 feet away from people floating.