Boise Parks & Rec: Stay out of fenced-off areas at Camel's Back Park

Some people ignored the orange fencing and sledded down areas that were blocked off on Sunday, which were seeded with native plants last year. 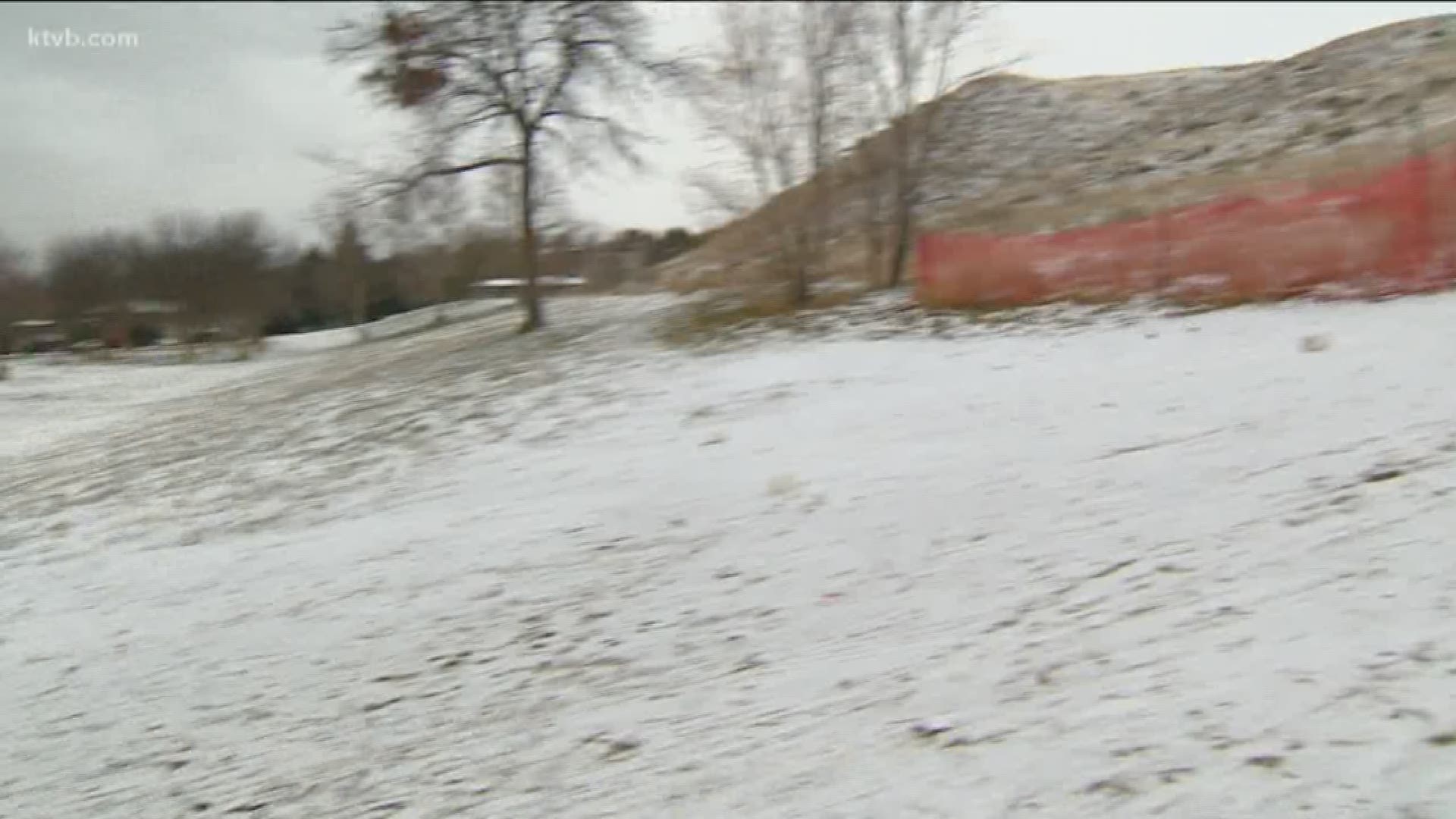 BOISE, Idaho — The snowfall in the Treasure Valley is bringing Idahoans outside, but not everyone is following the rules at some Boise parks.

On Sunday, Camel's Back Park in Boise's North End was packed with families sledding and playing in the snow. However, the Boise Parks and Recreation Department said not all park visitors were as courteous as they should have been, as some people ignored the orange fencing and sledded down areas that were blocked off.

"It's there for an important reason," said Bonnie Shelton, a spokesperson for Boise Parks and Recreation. "It's protecting an area that was seeded this past fall at the end of phase two of construction of the chute. We worked hard to make sure that area is seeded, and it comes back lush and full in years to come."

Right now, crews are still assessing the damage. Shelton also said someone took a motorized bike through the park.

"That's definitely something that we want to discourage it can really tear up the turf," Shelton explained. "When we get snow and there is a hard freeze and then melting, that can just create problems for the turf, and it is really hard to bring that back if we have it torn up."

Motorized bikes are never allowed in the park and Shelton says the orange fencing won't be taken down until at least after spring.

With another storm in the forecast, Shelton is asking for all park visitors to follow the rules this time around.

"Find a spot a little further down where you can sled and have fun with your family and everyone will enjoy it," Shelton said.