An officer who shot and killed a 26-year-old who pointed a gun at police in February will not face any criminal charges related to the incident. 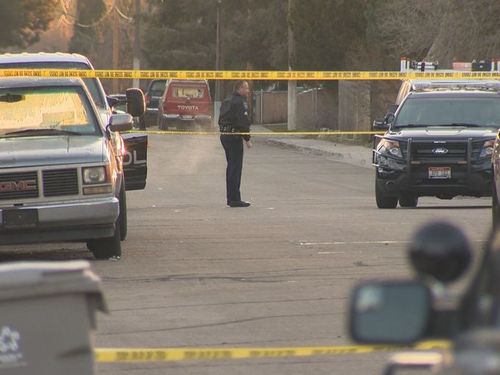 BOISE -- An officer who shot and killed a 26-year-old who pointed a gun at police in February will not face any criminal charges related to the incident.

Twin Falls County Prosecutor Grant Loebs, who was brought in to investigate the shooting to avoid a conflict of interest, wrote that Officer Jason Green was justified in using deadly force against Michael Kenneth Casper.

"After a review of all the available evidence, which included autopsy reports, witness interviews, crime scene photographs, etc., I have concluded that the death of Mr. Casper was the result of Officer Green's lawful use of deadly force in the attempt to defend himself, other law enforcement officers, and members of the public from Mr. Casper who was then shooting a firearm at police who responded to a disturbance at his house," Loebs wrote in a July 14 letter to the Ada County Prosecutor's Office.

Officers were called out to a duplex on the corner of Malad Street and Gourley Place Feb. 16 after receiving a report that Casper was using a crowbar to break out windows.

Green was the first to arrive on scene. Police say he heard glass breaking, then heard shots fired as he walked toward the house. Two more shots were fired as Green crossed the road toward the house. Green reported seeing Casper standing near a window inside the house, holding a gun. Green shouted at Casper three times to drop his weapon, police say, but the other man "shouldered" it as if to fire.

Police say the gun was pointed out into the residential neighborhood and toward another officer who had just arrived on scene. Green fired three times at the wall in front of Casper. The suspect moved back into the home, then "forcefully shoved the barrel of the gun out the window," according to police. At that point, Green fired several more times, ultimately hitting and killing Casper.

After Loebs announce he would not file any criminal charges in the shooting, Boise Police launched its own investigation to determine whether Green followed the proper protocol. Boise Police Chief said in a statement the officer has been cleared of wrongdoing.

"The actions of the suspect placed his neighbors and responding officers in extreme danger," Bones said. "Considering the first officer, Officer Green arrived on scene as shots were being fired toward neighboring homes, toward himself and toward other officers, his response to the violent actions of the suspect likely saved others from serious harm."

The neighborhood was evacuated, and a SWAT team entered the house to find Casper dead from a gunshot wound to the chest.

The Critical Incident Task Force was activated to investigate the shooting, and deputies and officers from other agencies were called in to avoid a conflict of interest in the case. The investigation revealed Green fired a total of eight times. Casper fired shotgun slugs and pellets as well as rounds from a rifle, hitting vehicles, driveways, fences, a camper and houses across the street from the duplex.

Casper's blood alchol content was measured at .262 after his death, and there were no other drugs in his system. Green, who was a 6 1/2 year veteran of the department when the shooting happened, was not under the influence of drugs or alcohol.