"It left a welt through a couple of layers," Olsen said. "I’m disappointed that I had my gloves on and I couldn't get my phone out fast enough to take a picture." 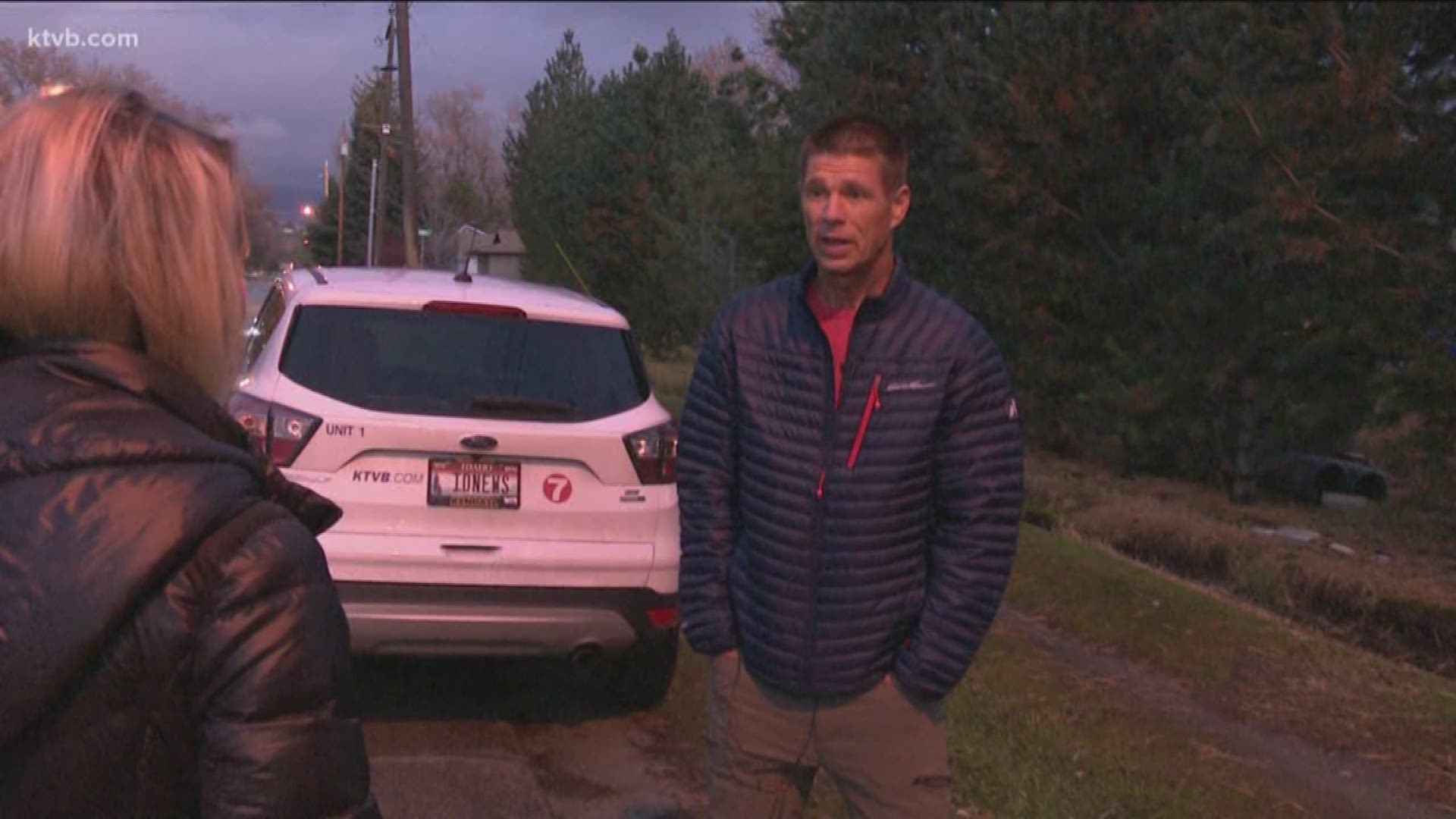 BOISE, Idaho — Frustrations are growing in the Boise North End after someone has been terrorizing people with BB guns.

The targets, according to neighbors in the North End and Collister area, are mainly car windows and pets.

Eric Olsen was out for an evening jog Thursday when he felt a sharp sting in his back.

"I heard something and felt something hit my back and I turned around and saw a car driving away and it sounded like some kids yelling," Olsen said.

Olsen believes he was hit by a BB gun pellet and says the car was a bright maroon or violet sedan with tinted windows.

"It left a welt through a couple of layers," Olsen said. "I’m disappointed that I had my gloves on and I couldn't get my phone out fast enough to take a picture."

Olsen reported the incident to police and the Nextdoor App, where he learned he wasn't the only victim.

Police took numerous reports of neighbors getting shot at between State Street and Hill Road and 28th and 36th streets this past Thursday and Friday.

Whoever is responsible could face jail time and fines.

"Hopefully it's a matter of time before they find them," Olsen said.

Boise police are asking anyone who knows about the BB gun shootings to call them.

TRENDING: No. 19 Boise State will play Washington in the Las Vegas Bowl