Boise neighborhood struggles with private wells drying up amid drought

Suez Water said the water wells were dug 50 years ago when the area was farmland and only go down 50 feet. Over the years, the aquifer hasn't been replenished. 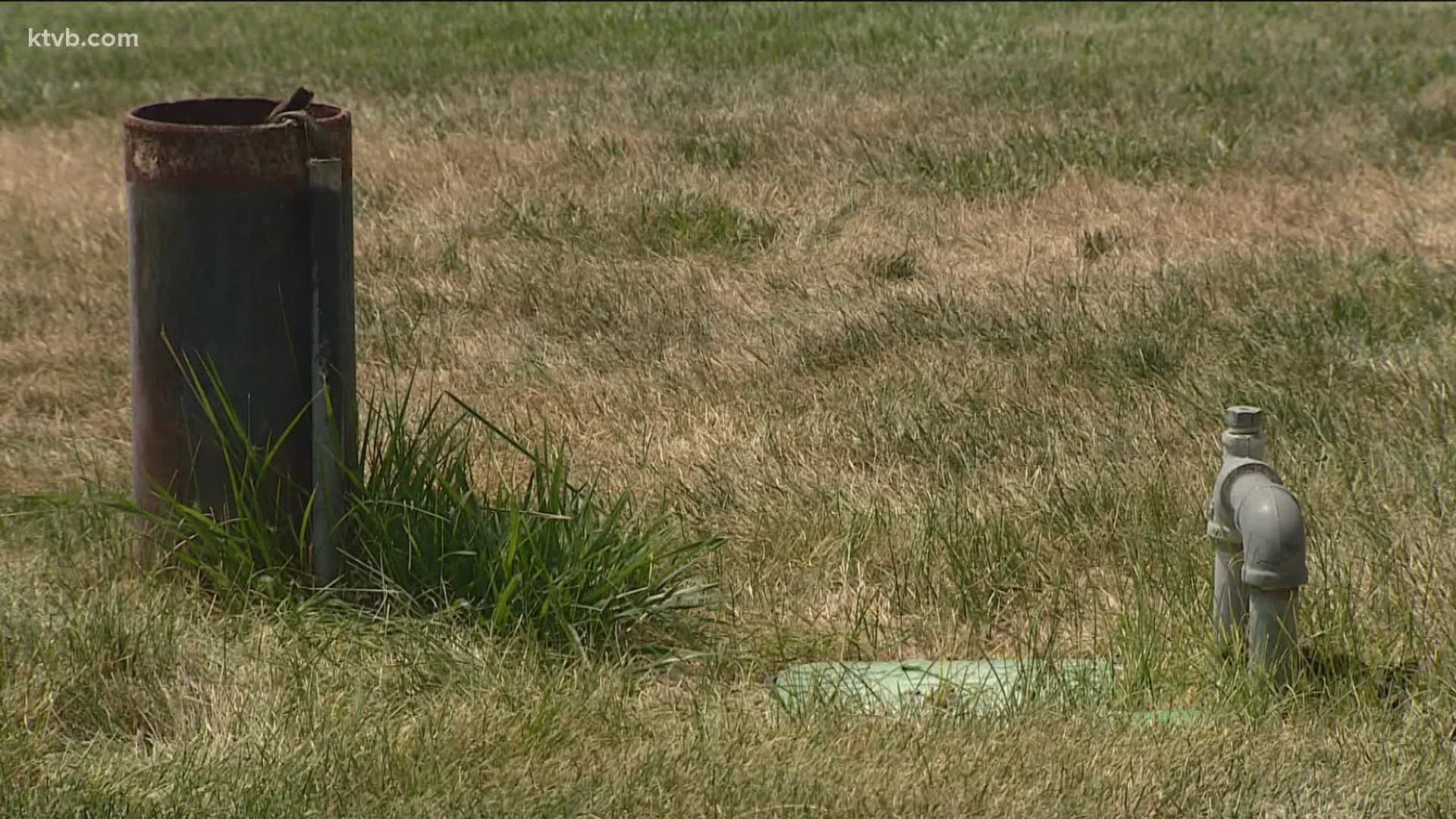 BOISE, Idaho — With the vast majority of the Gem State experiencing some level of drought conditions, a neighborhood in southwest Boise is finding out how costly digging deeper for water will be.

Over the last two months, Danielle Tiddy and her neighbors' wells started going dry. They found out that it isn't an isolated or cheap issue to fix in the area.

Suez Water said the water wells were dug 50 years ago when the area was farmland and only go down 50 feet. Since then, the aquifer hasn't been replenished due to development.

Tiddy told KTVB that she contacted nine companies and only one got back to her and said it would be a 13-month wait. Without water to tap into, her family had to lean on her in-laws for things like showers and laundry.

"Only do the dishes or I do the laundry. One thing a day kinda thing," she said. "We're drinking bottled water. I went to my in-laws today to take the kids to shower, cause we didn't want the water to go down."

After four years at her southwest Boise home, Tiddy started noticing signs that something was off with her water.

"Our pressure tank, the PSI on it has been going down to zero," she said. "This has actually been making a lot of noise too. We had the water on just a little bit and all the water shut off in the house and everything."

While she didn't know it at the time, she was facing an issue that many of her neighbors were also dealing with. They're all finding out how costly it will be to dig deeper for water.

Suez Water officials said the subdivision was built in the 1970s and the land developer decided to dig wells instead of hooking up to a water utility system.

The development and growth of the area have impacted the wells.

"As more and more subdivisions go in, less and less farmland is there. With less farmland, the aquifer doesn't get replenished," said Nick Estes, a nearby resident who just had a well dug before the company left town.

"People are getting quoted anywhere from 20 to 25 thousand dollars," Estes said.

For Tiddy, her options are digging deeper for water or connecting to Suez Water.

Now, she doesn't know what to do next. She told KTVB that she was able to get a pump connected to an irrigation ditch but that's not a solution she expects to last long.

"I'm afraid our water's gonna be gone by then," she said.