Boise mother worries she won't be reunited with daughter after U.S. refugee admission is cut almost in half

After the Trump administration cut U.S. refugee admissions down to 18,000, a mother worries she won't see her daughter again. 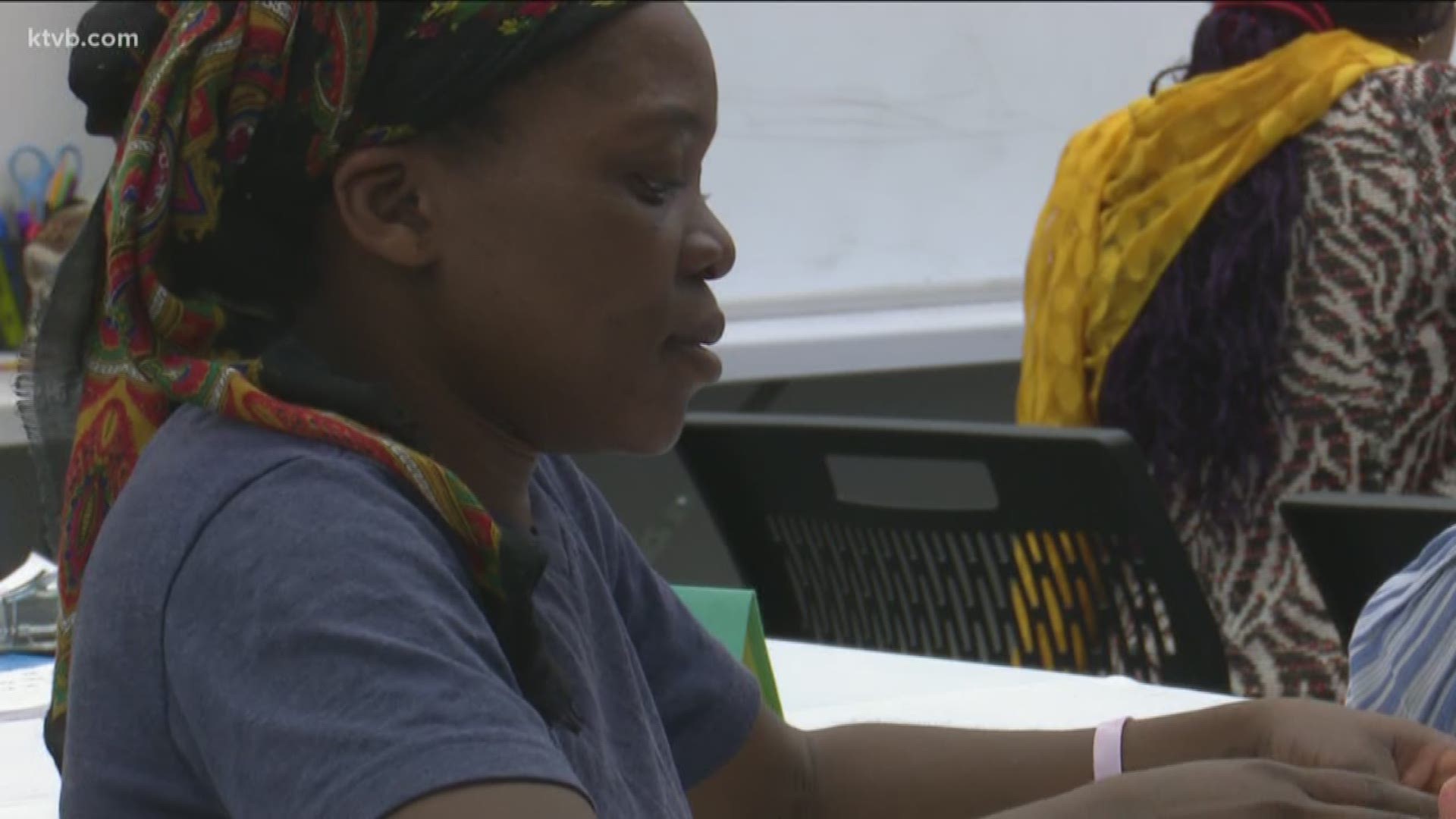 BOISE, Idaho — For refugees coming to the United States, it's about making your way to a safer spot to build a life, but for many refugees, not all of their family can make it together.

Senait Habtom is a refugee living in Boise and had to leave her home at Eritrea in East Africa for fear of religious persecution but was forced to leave her 4-year-old daughter.

Habtom fled to Egypt where she was a refugee for ten years before she came to the U.S.

The International Rescue Committee in Boise is helping Habtom bring her daughter from Eritrea to the U.S., but after the Trump administration announced it would be capping refugee admissions down to 18,000, Habtom is worried she will never see her daughter again.

Habtom hasn't seen her in over 14 years.

"I don't know her," Habtom said. "I just only know her voice and picture. I really want her to come here, I really want to touch her, to feel her, to smell her."

The executive director of the International Rescue Committee in Boise, Julianne Tzul, said the new cap of 18,000 is "devastatingly low" from last year's 30,000.

"An average number is 95,000 people in the history of the program," Tzul said. "That's been an annual number that has been typical - under former republican presidents Reagan and H. W. Bush, they actually admitted far more - 140,000 and 142,000 people during their presidencies."

NBC reports the Trump administration is focusing on "assisting refugees where they are concentrated."

The State Department said in a press release, "Indeed, it would be irresponsible for the United States to go abroad seeking large numbers of refugees to resettle when the humanitarian and security crisis along the southern border already imposes an extraordinary burden on the U.S. immigration system."

According to Tzul, refugee admissions have drastically gone down since Trump took office in 2016.

Tzul said the numbers speak for themselves.

The GRACE Act could reverse the falling admission rates if passed by Congress and could help refugees like Habtom be reunited with her daughter.

"Instead of giving the president power to set the maximum number of refugees who could come, this bill would set the minimum number at the historic average of 95,000 people," Tzul said.

To find out more about refugees in Idaho, visit rescue.org.