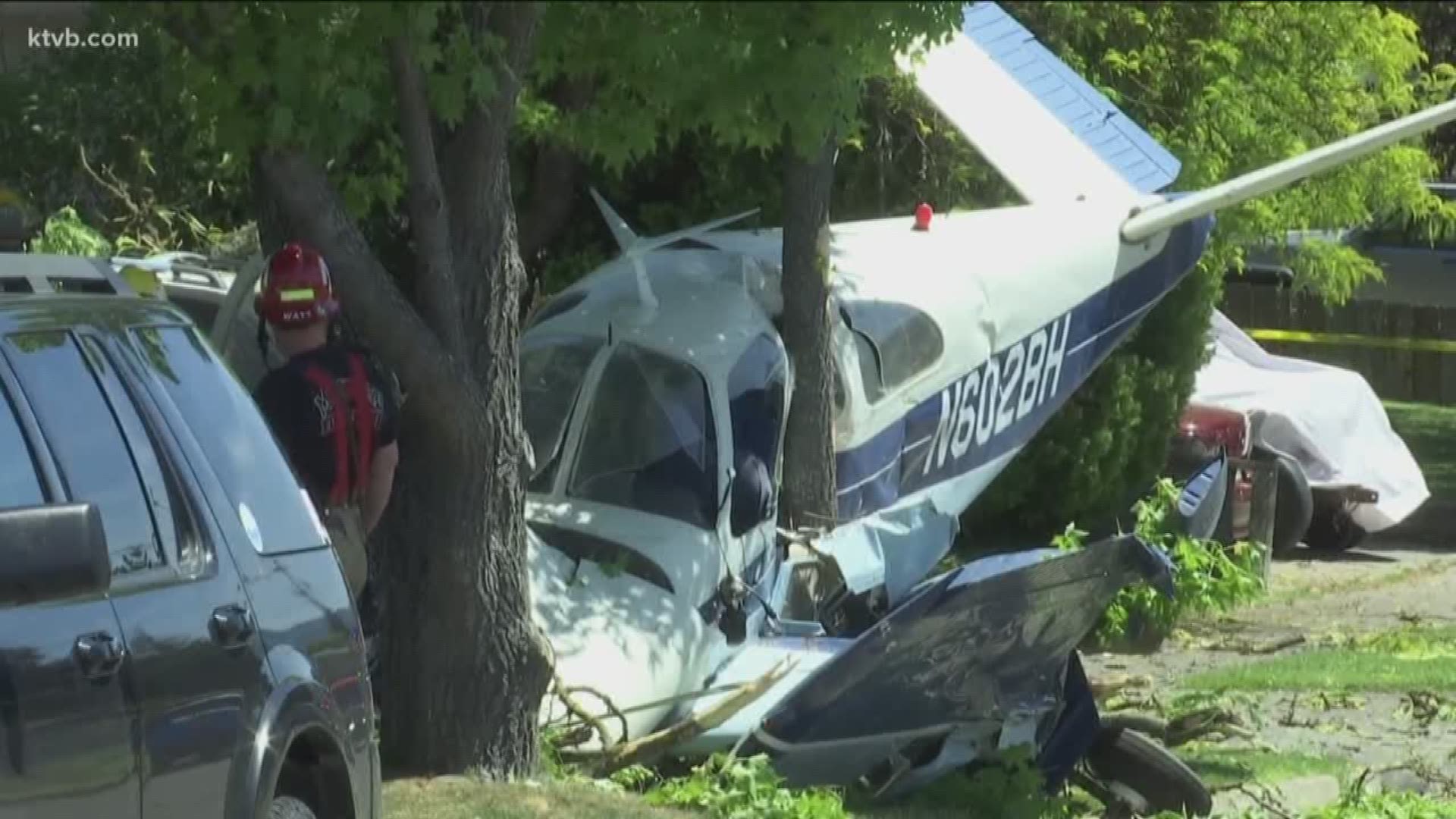 The pilot and passenger of a private airplane that crashed into an Oregon neighborhood over the weekend have been jailed on marijuana trafficking charges.

The Mail Tribune reports Monday that 34-year-old Zachary Wayne Moore and 38-year-old Matthew William Thompson, both from Boise, Idaho, were booked in the Jackson County Jail on felony charges of importing or exporting marijuana items and unlawful marijuana possession.

The single-engine 1947 Beechcraft Bonanza crashed into a tree Saturday in Medford, Oregon.

Homeowner Jim Porter said the crash happened right in front of his house.

"I had walked maybe a foot into the garage and I heard Crash! Boom! Bang!" Porter told KOBI news. "I said 'what the heck was that?' and I turn around and an airplane fell in my front yard."

No one on the ground was hurt and Moore and Thompson had only minor injuries.

"They walked away from it, they were shaken you could tell that. One guy claimed his ribs hurt, the passenger," Porter said.

Moore and Thompson haven't made a first court appearance and it's unclear if they have attorneys yet.