BOISE, Idaho — A 2021 jury trial has been scheduled for a wrongful-death lawsuit filed by the father of a U.S. airman who died last year in a fiery seven-vehicle traffic pileup on Interstate 84 near the Cloverdale overpass in Boise, according to the Idaho Press.

Lawrence Manlapit Jr. filed the suit in April, almost a year after his son, Lawrence Manlapit III, 26, died along with three others in a June 16, 2018, crash in a construction zone on I-84.

Lawrence Manlapit III was one of three U.S. Air Force members stationed at Mountain Home Air Force Base who were riding in an SUV on the highway that night, not long before midnight. Carlos Johnson, 23, was driving the car, and Karlie Westall, 21, was another passenger. 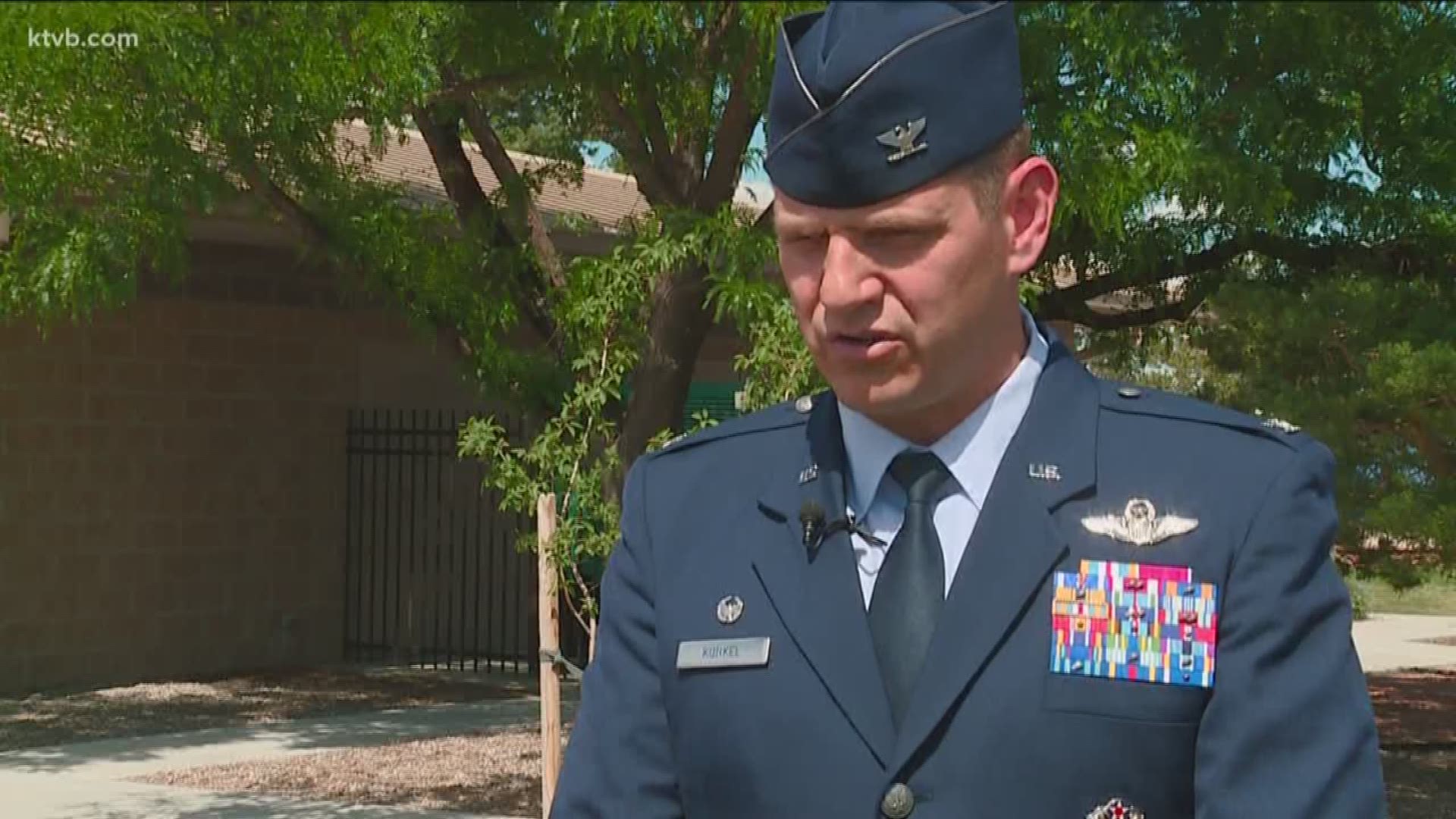 Idaho State Police believe Johnson and a nearby commercial truck slowed for construction traffic on the highway.

As they slowed, another semitrailer — driven by Illya Tsar, 42, of Rochester, New York — collided with the SUV and the first truck. Four more vehicles struck the first three.

The crash resulted in a massive fire, which killed Manlapit, Johnson, Westall and Tsar.

Lawrence Manlapit, Jr., named a long list of entities and people in the original complaint. The case’s complaint devotes several paragraphs to the “reckless misconduct” of multiple government agencies, including the Idaho Transportation Department, the entity responsible for the construction site and that stretch of highway.

The suit also named Krujex Transport Corporation — the company that owned Tsar’s semitrailer — in the suit, and the Idaho State Police, as well as multiple organizations whose employees contributed to the construction in the area.

The complaint asked for a jury trial, and that request has since been granted. According to the Idaho Supreme Court’s online repository, the case is scheduled to go to trial Aug. 26, 2021. The repository did not include information about how long the trial is set to last.

Attorneys have agreed to a telephone conference before then. That meeting is set to take place Jan. 21.

Ultimately, the Idaho State Police found Tsar’s “inattention” was likely responsible for the crash, but some motorists who drove through the area under construction that night had concerns about the signage available and the speed with which vehicles had to change lanes.

More than one of them called 911 about it, and some spoke to local media about it after the crash.

More from our partner Idaho Press:  Limited steelhead season gets the OK from fisheries managers