Winegar said this policy change is conflicting for him, and he has one hung up in his office, but he said it has become a divisive symbol for some. 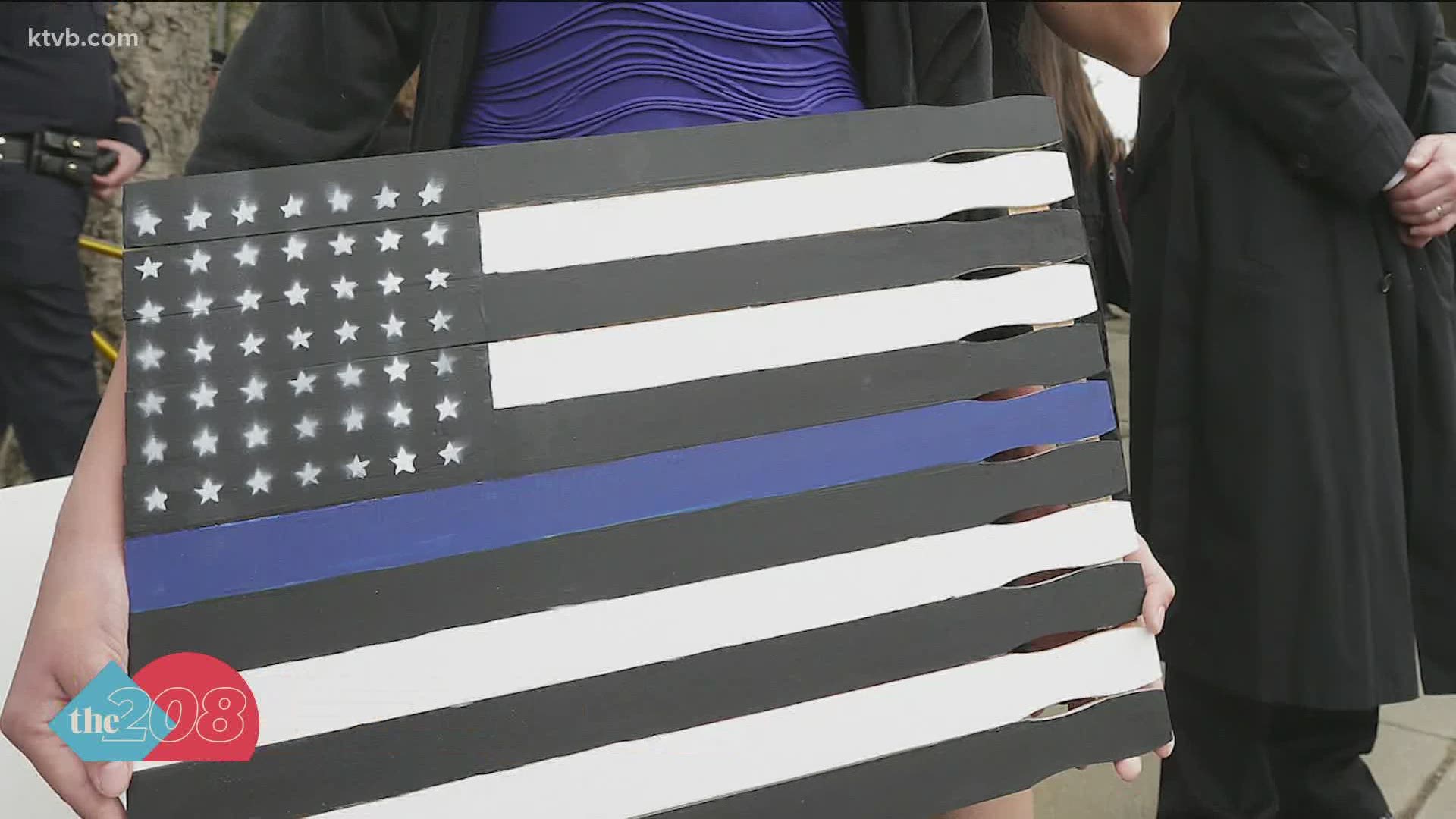 A June 25 email from Winegar to Boise Police Department staff obtained in a public records request by the Idaho Press said he would be banning the flag, stickers, face masks or anything else with the symbol on it from being displayed in public places. It would still be allowed to be displayed in BPD headquarters at City Hall West, which is closed to the public.

Winegar said this policy change is conflicting for him because he believes the Thin Blue Line represented “dedication, sacrifice, and history” and he has one hung up in his office, but he said it has become a divisive symbol for some and must be removed.

“We are attempting to navigate through some very difficult times with race relations in this country as well as relations with our school partners in Boise,” he said in a videotaped address to the department. “When that symbol creates a problem or a barrier for our partners externally, we need to be responsive to their requests.”

He said the request stems from a request by a Boise Public Schools administrator for a School Resource Officer to remove the flag from his office at a school. The school was not identified.

The Thin Blue Line flag, which looks like an American flag in black and white with a thin blue line across the middle, has become a controversial symbol in the past several years. It is commonly flown by law enforcement and is symbolic to police officers and their supporters who say they are the “thin blue line” between society descending into violence. The phrase has its roots in the Crimean War of 1854 where a British infantry regiment of Scottish Highlanders held off a Russian cavalry charge, according to Politico.

RELATED: Protests in downtown Boise wind down after a largely peaceful night

Some who fly the flag say it is not political and only shows support for police officers. Many who have been protesting against the deaths of Black Americans at the hands of police in recent years say it is a symbol of white supremacy. The flag has been flown at peaceful events in support of law enforcement nationwide, but was also displayed at the 2017 Unite the Right rally in Charlottesville, Virginia.

Winegar’s policy change was released on the same day the department stopped the use of the Lateral Vascular Neck Restraint, which is commonly known as a “sleeper hold.”

More from our partners at the Idaho Press: Lactalis to expand Nampa facility capacity, adding jobs