When Timberline High School senior Will Hall went to check on an irrigation pump, he saw a golden retriever fighting for his life. 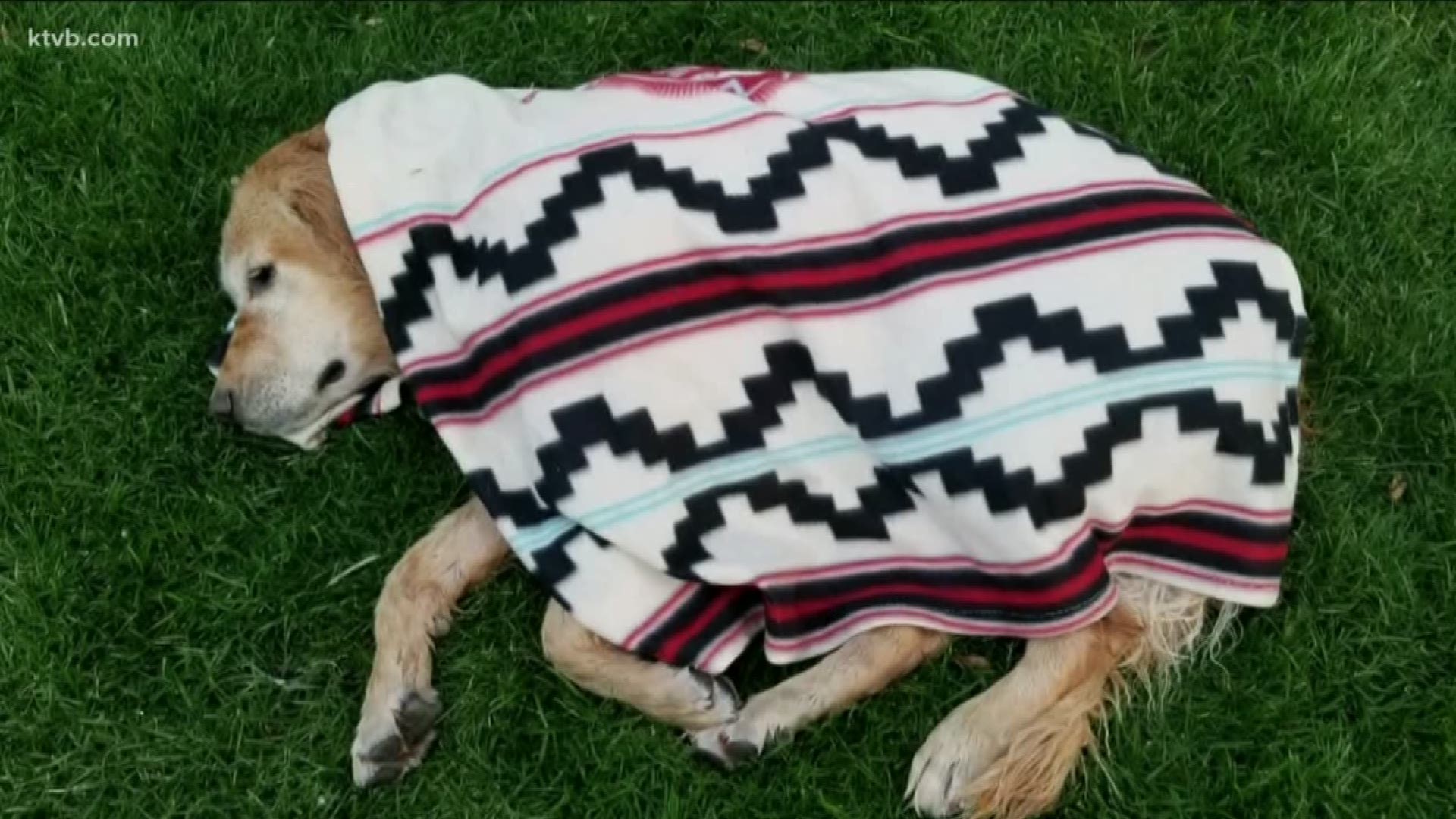 BOISE — A Timberline High School student is being credited with saving a dog's life. The senior found a golden retriever named Thor fighting for his life in an irrigation pond and jumped in to make sure the dog didn't drown.

It happened on Monday and started with a pair of dogs jumping a fence and going on an adventure. They live with their owners just past the Idaho Shakespeare Festival along Warm Springs Avenue.

The rescue happened about five hours later, only about a mile away, when a 17-year-old went to check on an irrigation pump.

"He was curled around the pump and kinda hanging on and his head was just barely over water and he was whimpering," explained Will Hall, who had been checking on a family friend's pond.

Thor was stuck in the pump's hose and some chicken wire in the pond used to protect koi fish from the pump. Hall says he jumped down to try and help the 100-pound dog.

"I started grabbing for his arm and he was snarling and confused," explained Hall. "He was panicking."

Hall decided he needed to call the Boise Fire Department to help.

"So I sat there down low in the water holding the dog under its shoulders holding it by the collar until the fire department got there," said Hall. "I was keeping his head above water. Just trying to keep him calm."

When the Boise Fire Department's Station 12 got there they used a harness to get Thor out of the water and to safety. Firefighters bundled him up, and then called the owner information on Thor's tag. Jerry Ahlberg and Susan Newman arrived as quickly as possible.

"He (Thor) was sitting there shaking from hypothermia," said Ahlberg. "He had clawed so much trying to get out of the cement foundation (pond) he has no claws left."

"Well thank God he was alright," said Newman, relieved he was at least alive.

Their black Labrador mix, who had jumped the fence as well, was hiding nearby. Newman says when Timber heard their voices he came out of the bushes.

A family, reunited, because of a 17-year-old.

"Grateful for this young man, this senior at Timberline High, who did this," said Newman. "You know, he saved our beautiful companion's life and had the forethought to call for help and that is incredibly inspiring and it took courage, and most all it took heart."

The Boise Fire Department commends Hall for seeing something and saying something. The crew who responded, from Station 12, says Hall should take all the credit.