'We're in the process of reinventing ourselves': Boise GreenBike program looking to boost ridership

The program is looking to expand from its lineup of 127 pedal-powered bikes to 500 e-bikes by next spring. 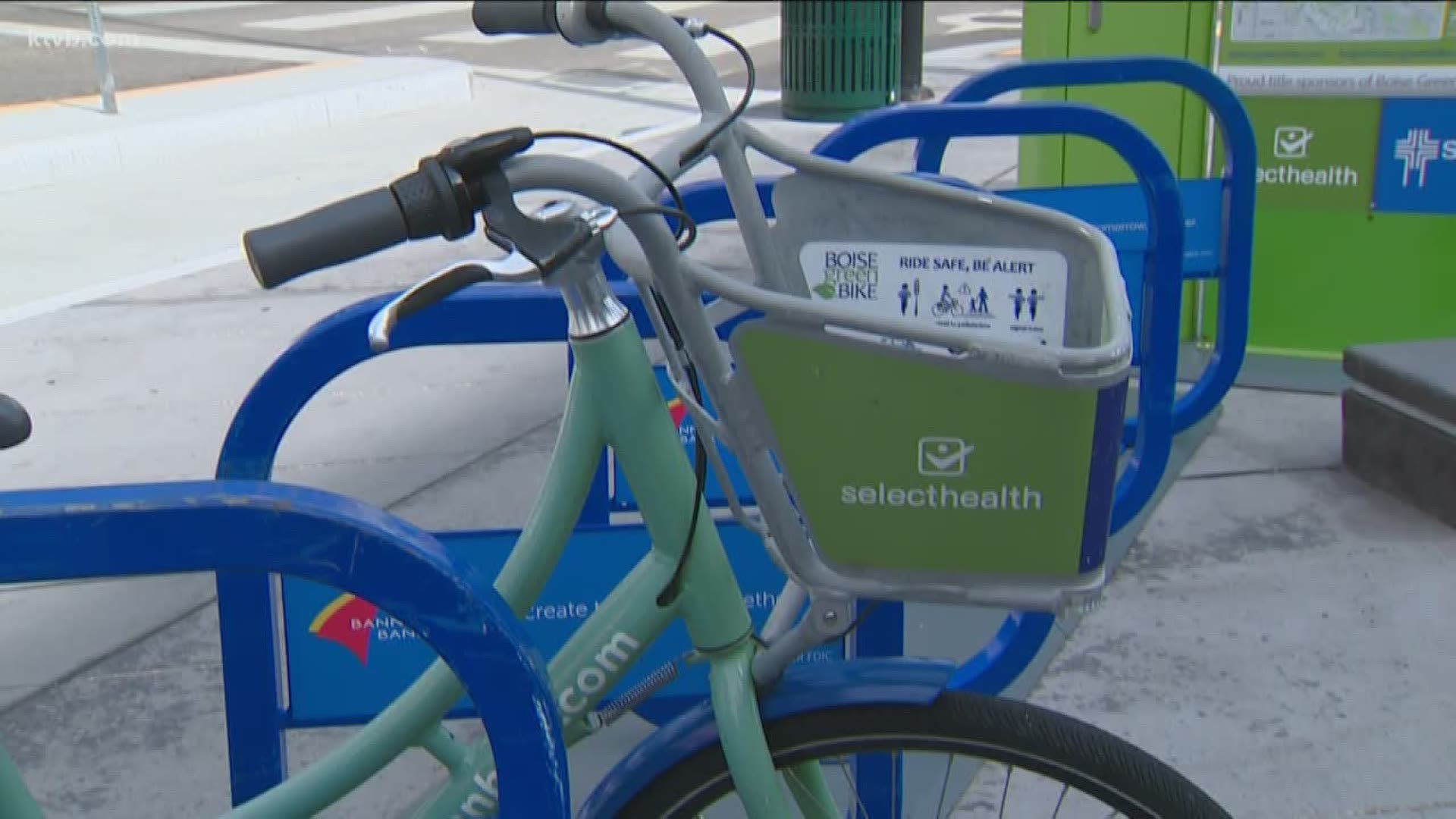 BOISE, Idaho — The Boise GreenBike program is looking to change things up a bit. They want to completely start over and change from pedal-only to electric bicycles, also known as e-bikes.

Not only does the director of the program, Dave Fotsch, want to change to e-bikes, he also wants to more than triple the number of bikes that are available, going from the current 127 pedal-only bikes to 500 e-bikes.

"We've been a bit frustrated in that we haven't been able to grow the system,” Fotsch said. "We're in the process of reinventing ourselves."

In four and a half years, only 13 new bikes have been added. One reason for this is the uncertainty in funding. The program has relied heavily on federal grants, and Fotsch said, they compete with other agencies throughout the Treasure Valley for that funding.

There is another issue with their current bikes:  the technology that allows riders to operate them - a keypad for locking and tracking the bike - will soon become defunct.

“Our vendor decided not to support the existing controller on the bikes,” Fotsch said. "So that system operates on the 2G and 3G network, and those are being retired by the cell phone companies.”

Their vendor isn't upgrading it, which is forcing the change.

Ultimately, Fotsch believes e-bikes will be a more popular option than their current lineup of pedal-powered bikes.

"I have a friend in [Cincinnati] who runs the bike-share system there, they introduced 100 e-bikes on May 31st and each e-bike is getting an average of 3.15 rides a day compared to their pedal only bikes of 0.58,” he said.

"In October, last year the city allowed scooters to come in," he said. “Once spring rolled around, we started to notice we weren't getting the same numbers we did the year previous."

One Boise resident downtown told KTVB he preferred taking the scooters over the green bikes because of the convenience.

"I would prefer the scooters, more of them around and a little bit more convenient,” Kedar Holtan said. "They're kind of on every corner so you can just hop on them and go wherever you want to go."

Fotsch says he would like to address that convenience factor by increasing accessibility. While e-scooters can be picked up anywhere and left anywhere, the GreenBikes have to be taken back to a docking station. Alternatively, riders can pay a small fee to lock it at a standard bike rack.

Fotsch wants to have more of a dockless capability as part of the GreenBike reinvention.

“I think we have a good product and a good service and not everyone wants to ride a scooter,” he said.