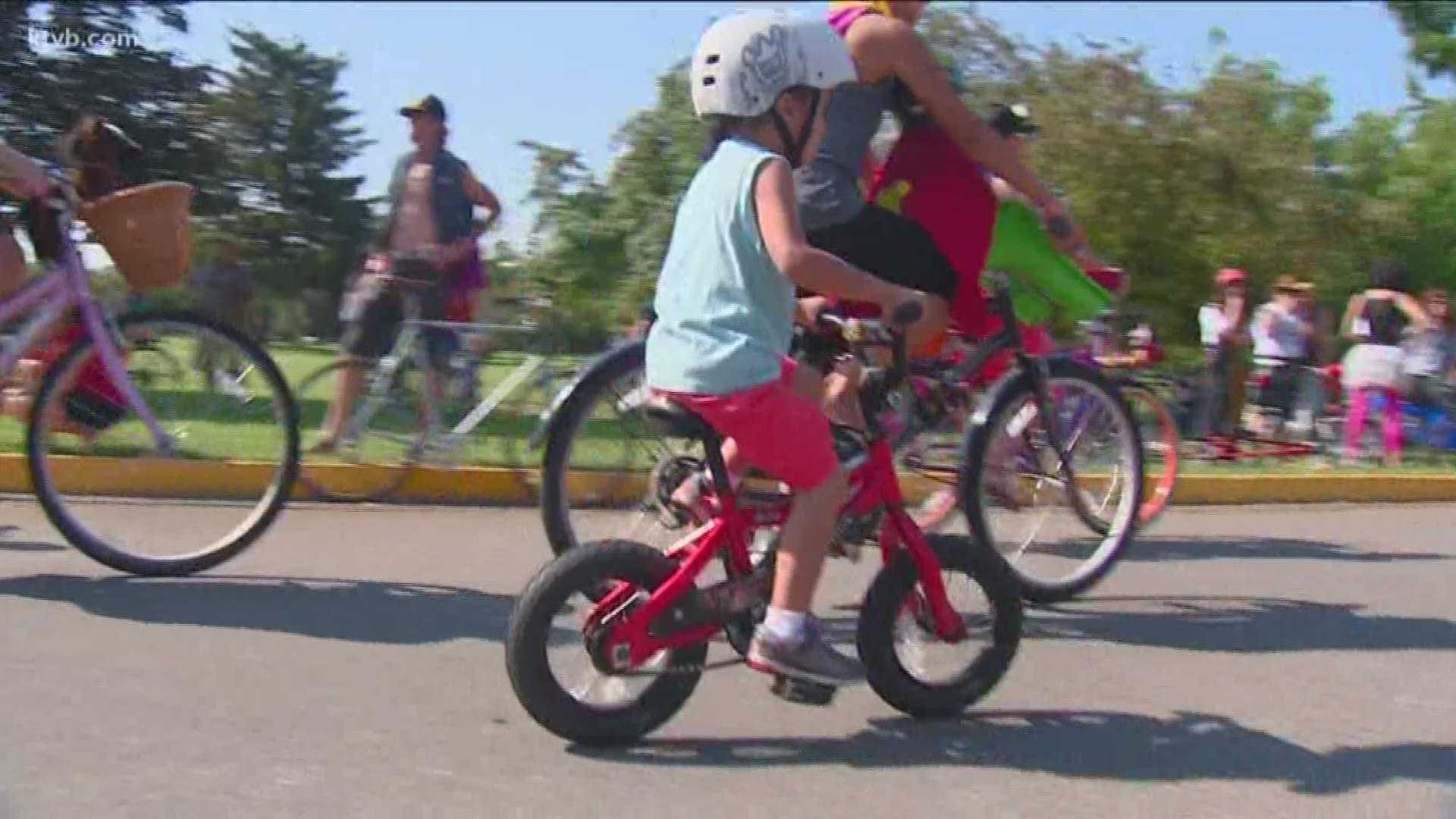 BOISE - One of the Northwest's largest cycling communities was pretty upset when it learned earlier this spring that Tour de Fat, a bike parade and festival, would not return to Boise this summer.

However, regional nonprofits have teamed up and are now organizing a new hyper-local cycling festival to take its place this August.

And officials say the new event will be even better.

It's called the Boise Goathead Fest.

Jimmy Hallyburton, a cycling enthusiast and the Executive Director of the Boise Bicycle Project, decided to fill the void Tour de Fat left.

"The evening of August 3rd from about 5 p.m. to 10 p.m. we will be holding a concert in Capitol Park or Cecil D. Andrus Park, and we are partnering with Radio Boise to put that on. There will be bicycle events going on that night, some amazing music, a lot of local beer, New Belgium will be there as well," says Hallyburton.

Then August 4th, the main event.

A bicycle parade around downtown followed by a big party back at Cecil D. Andrus Park.

"Where we will have more music, local, folks coming from out of town, local entertainers, tons of local food, beer, so it’s this very bona fide Boise homegrown event that we will be having right in the middle of downtown Boise," says Hallyburton.

So, you may be wondering, what’s with the name?

No one likes getting their tires popped by a goathead.

"For the whole month of July, we have people collecting goatheads all over town, it's prime goathead picking season, bringing them to BBP and other locations and you will get drink tokens for handing in those bags," says Hallyburton.

The free drink tokens can be used at the festival, which by the way is all free, except for merchandise and beer sales, which all go toward supporting local cycling nonprofits.

"Instead of thinking of as Tour de Fat not coming back or abandoning it, we really felt like this was going to be the handing over of the reins to our bicycle community to make it what we want and we feel like we can make it bigger and better than it’s ever been," says Hallyburton.

The Boise Goathead Fest will benefit all cycling nonprofits wanting to get involved.