Boise Fire Department warns anyone floating or paddleboarding can easily get snagged by debris, like branches, trees, roots and other hazards. 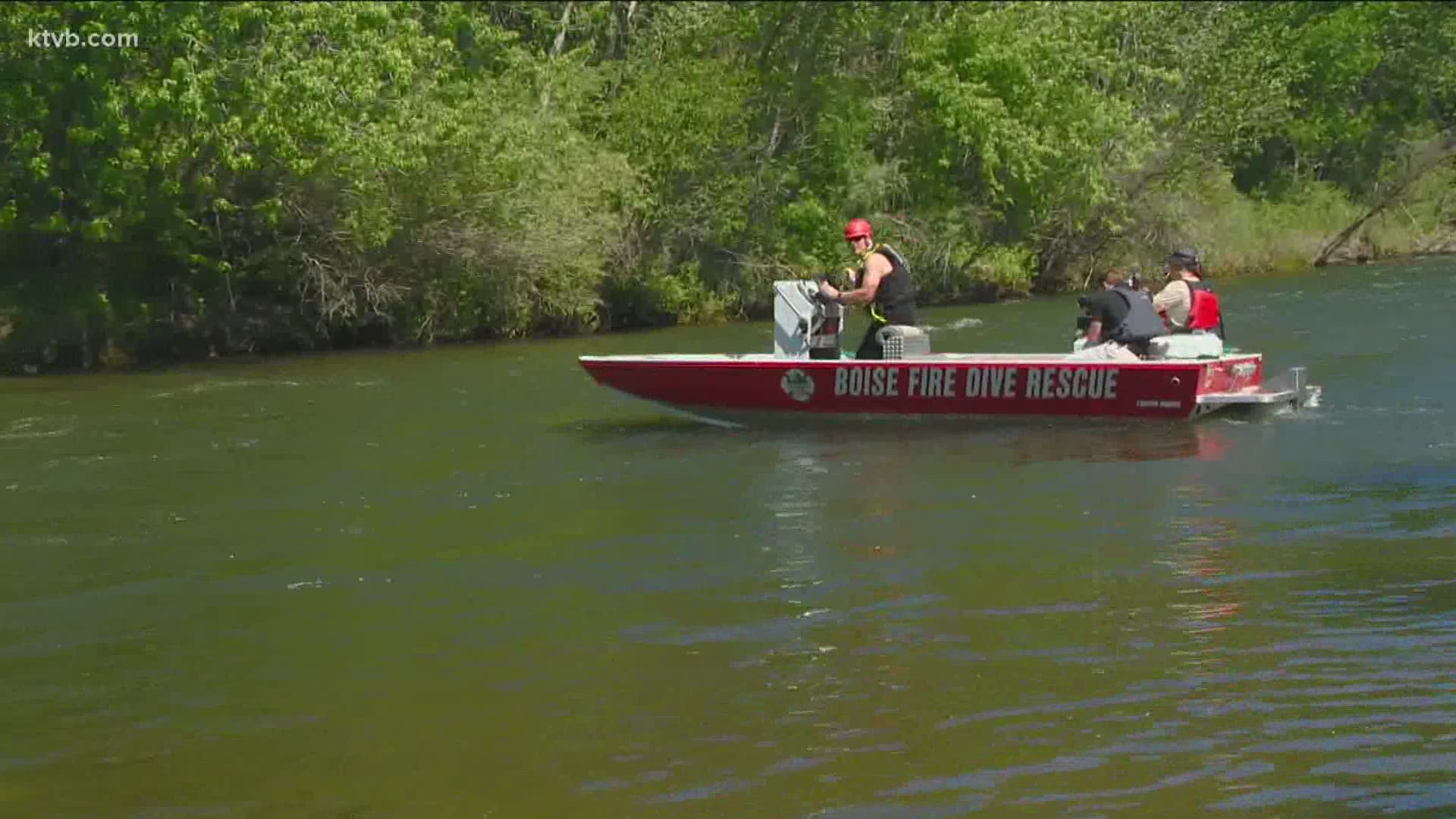 BOISE, Idaho — There is no surprise people were trying to beat the heat on the Boise River Thursday. However, it is still not officially float season.

The Boise Fire Department said the current of the river is still too fast, water temperature is too cold and there are quite a few hazards left to be cleared from the river.

"The emphasis right now for us is it's not a safe place to be at," said Paul Roberts, the division chief for Special Operations for Boise Fire. "Boise Fire Department has not had the opportunity to mitigate hazards in the river that have accumulated over the last several months."

The fire department warns anyone floating or paddle boarding can easily get snagged by debris, like branches, trees, roots and other hazards.

"It's something a typical floater might run into and get snagged up and either get trapped on or under or deflate their raft immediately," Roberts said.

Over the past few years, the Boise Fire Dive Team has responded to hundreds of incidents during June, July and August. Out of those numbers, the dive team has performed 123 water rescues since 2017. Here's a breakdown:

The rescues aren't always major incidents or medical emergencies, but it could be people floating who got stuck or needed help. The fire department said clearing the river of hazards is important to avoid more incidents.

"What was a very peaceful and fun recreational opportunity, rapidly turned into an emergent situation," Roberts said.

Over the next few weeks, Boise Fire crews will search up and down for hazards and debris and clear them from the water. The department warns they can't mitigate it all, but the paths will be clear enough so people can float safely.

Boise Fire said they will have a meeting with Ada County Parks and Waterways and Boise Parks and Recreation on Friday to discuss a mitigation plan. It should only take about a week to mitigate the river once crews start. According to the City of Boise, float season typically begins in late June.

However, once float season is here people still need to make sure they're paying attention to their surroundings and recreate at their own risk. Boise Fire crews remind people to use the proper equipment, wear a life jacket, never float alone and avoid consuming alcohol while on the river.

"My hope is the public will listen to this message and recognize it's just not a safe place right now," Roberts said. "We're just asking for a little bit more time."