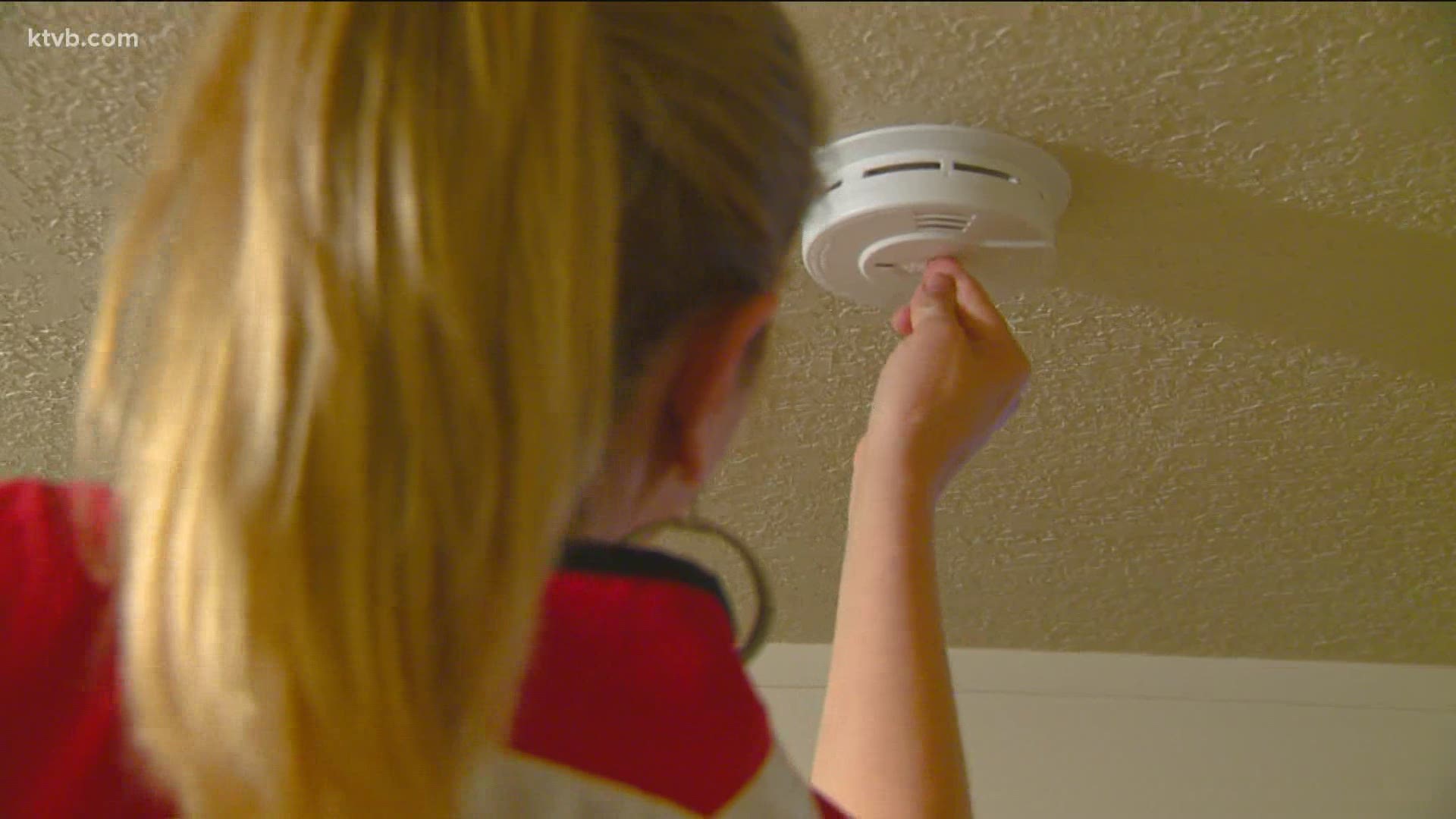 BOISE, Idaho — In the past two weeks, Boise has seen three deaths in two house fires, and in both cases, neither home had a working smoke detector. It's now serving as an important reminder for everyone.

He told KTVB in both of Boise’s recent deadly fires, two of those five reasons were likely the cause.

On January 12, investigators say 93-year-old Claire Stoker and her dog died, after a fire broke out at her home. Just about a week later, 63-year-old Michael Jones and 60-year-old Laura Lindsay died, along with their cat and dog after a fire ripped through their home on the Boise Bench. Both homes did not have working smoke detectors.

He adds not having one gives people inside of a home a smaller chance to be alerted to the fire and have enough time to escape.

“That's a key component to that lifesaving piece if you will definitely from a life or death situation,” Gervais said. “We've certainly seen over the years that the homes without smoke detectors, we've lost people and we've also seen certainly times over the years where that smoke detector has alerted people, got them up, got them awake, got them, got their pets, got their children out of the house before it was fatal.”

So how do you know if your smoke detector is working properly?

“Most of the detectors will have a test device if you will and they can press that button and that device will chirp or beep if you will,” Gervais said.

He said that's the first step and he recommends doing that at least once a month. He also urges all households to have a smoke detector in each bedroom, outside of each sleeping area and at least one per floor.

He also told KTVB it's becoming more common for smoke detectors to now come equipped with a 10-year sealed battery,. But regardless, he explained, it's always best to check.

There are three key things when it comes to fire safety, according to the Boise Fire Department. First is having those working smoke detectors. Next, officials say people should have an evacuation plan and talked with their family about how to get out of the house should a fire happen. Lastly, having a carbon monoxide detector is crucial because people can die from carbon monoxide poisoning.

If you can’t afford new smoke alarms and are in need of them, Gervais recommends reaching out to your local fire department and seeing if they can assist you.