"Out of love I have for the City of Boise, its citizens and the Boise Fire Department, please accept this email as my resignation, effective immediately." 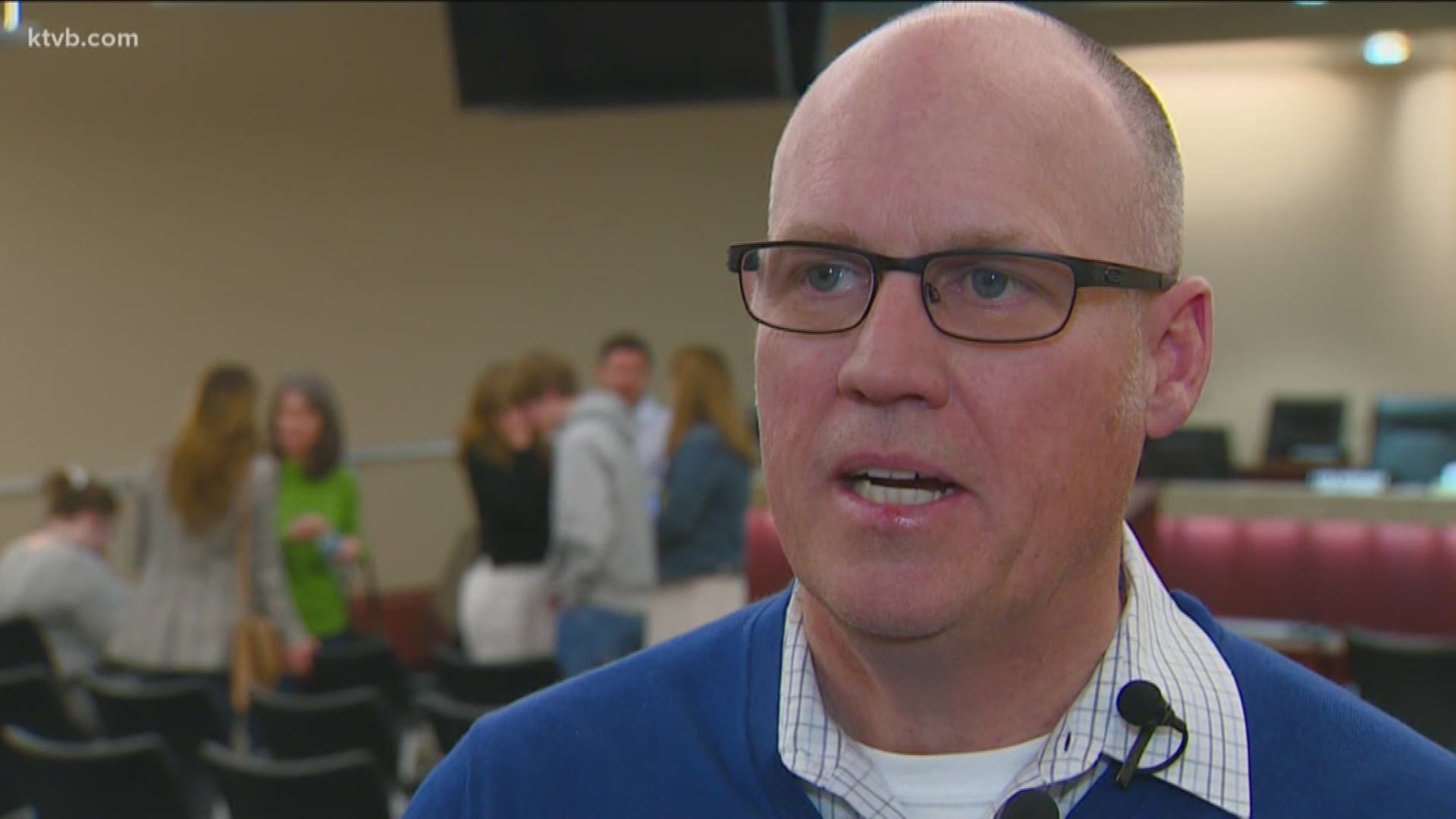 BOISE, Idaho — Boise Fire Chief Dennis Doan in longer employed by the city of Boise after he resigned before the city council could vote on firing him.

On Friday at noon, Doan sent an email to council members, saying "It appears that I will be unable to tell the Council my side of the story before you make your decision today. Out of the love I have for the City of Boise, its citizens, and the Boise Fire Department, please accept this email as my resignation, effective immediately."

"I wanted to be here to let the community, my firefighters, and my family know that I did nothing wrong other than support the right candidate for mayor, Dave Bieter," he said.

“I, of course, understand and expected many questions this week. However, all issues related to employment of City of Boise staff are, and should remain, as required by state law, confidential,” said Mayor Lauren McLean in a statement.

City Council's chambers were filled with Doan supporters. As soon as he walked in the doors he started giving out hugs and handshakes to friends and family.

The decision comes after the fire chief’s saga played out in the media over the past week.

Doan was put on paid administrative leave Monday. Mayor Lauren McLean declined to comment saying it was a “personnel matter.”

After City Council adjourned on Friday, council members told the media that it was still a personnel matter that they couldn't discuss.

On Wednesday, Doan held a press conference in front of Boise City Hall. He told the media his suspension was a surprise and he planned to retire at the end of May.

However, just a few hours later, Doan said he received a letter that the city had rejected his offer and would seek to fire him.

RELATED: Boise fire chief sends letter to City Council about pending termination: 'I don't believe you have been hearing the entire story'

On Thursday, Doan sent KTVB a copy of an email he sent to members of the Boise City Council. He says McLean wants him out.

"I thought I would get a chance to announce my retirement in the near future and leave after 30 years with dignity," the letter reads. "The mayor did not give me that opportunity."

Doan says the city offered him an agreement to retire immediately and $50,000 in severance pay. But he said he can’t accept the offer because he needed more time to get his PERSI and health care in order. That’s why he wanted to stay on paid leave until the end of May.

"It takes 3 weeks to a month to get into PERSI, then you have to fill out the paperwork than I had to apply for healthcare so that would've at least taken one or two months,"

Doan told KTVB he would've retired sooner if the council had asked him, but he said he never heard back.

The former fire chief has been with the city for nearly 30 years, and former Mayor Dave Bieter made him fire chief in 2008.

The future is still unclear for Doan, but he said he is now looking for a new job.

"I don't know what comes after this, we'll have to see."