The Koodathil family, originally from India, was targeted with graffiti that reads, "MAGA." 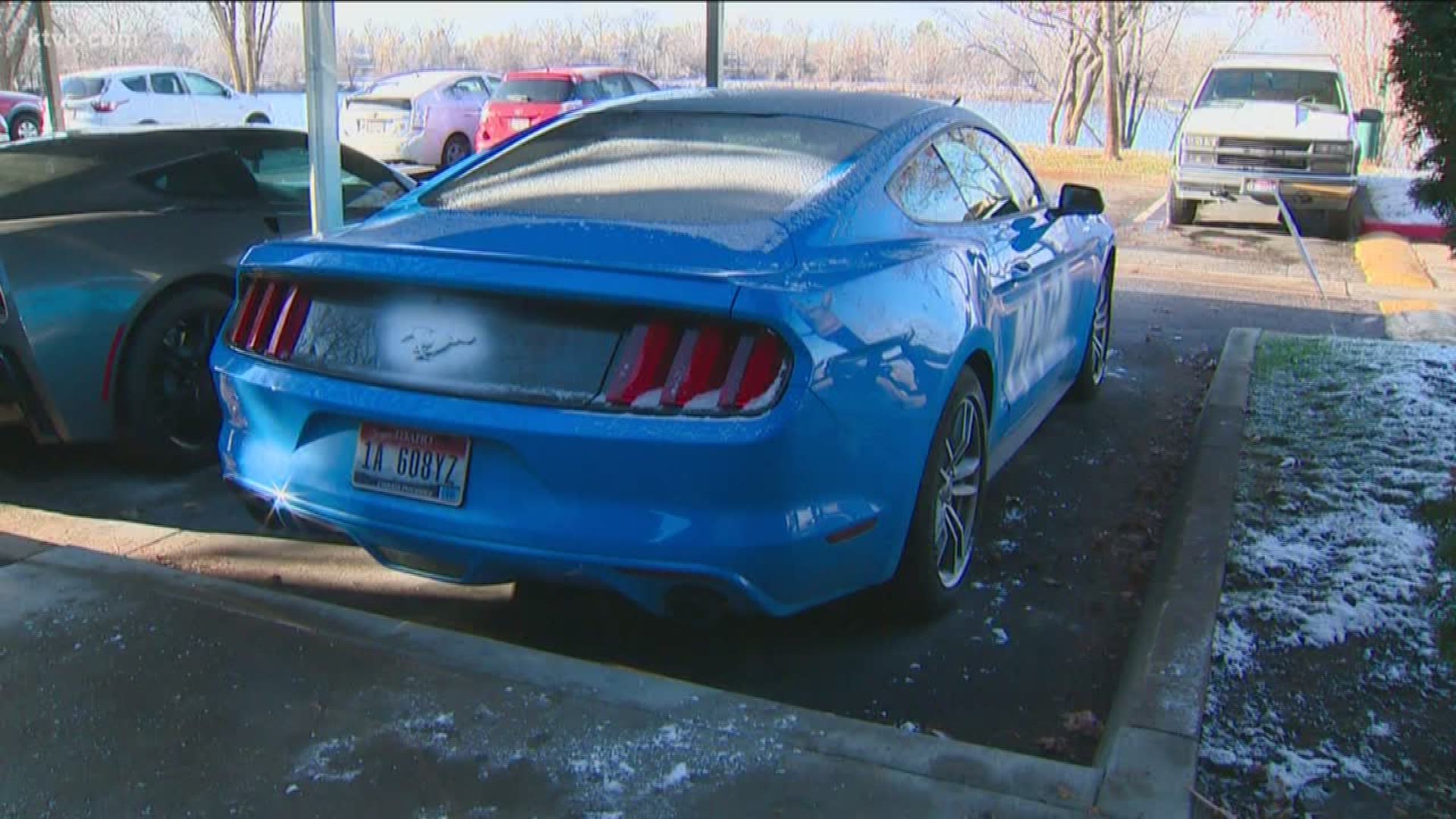 A disappointing post-Christmas display at a Boise apartment complex. A Boise family found their car vandalized with a popular political slogan.

Koodathil, originally from India, says this isn't the first time he and his family have been targeted. His simple question for the vandal, why?

"It really concerns me, this incident,” Koodathil said. "They put the graffiti all over my windshield, everywhere, even right on the Mustang symbol on the back."

After finding find his car vandalized, Koodathil says he thought it was simple destruction of property, but after reporting the incident to police, he learned the letters on his car were filled with a hateful message.

"I didn't know what it was, M-A-G-A, so I thought it was some kind of graffiti painting," Koodathil explained. "They told me this is something, M-A-G-A, is Make America Great Again, it's something that can be a bad thing that everybody is facing."

Koodathil and his family moved from India to Boise about three years ago. Since then they have loved living in the City of Trees, but now have some concerns after realizing this vandalism is likely linked to a string of other targeted attacks.

He says his family recently heard a big crash through their balcony.

"When I went there, I saw a big rock, it seemed somebody threw a rock at my apartment window," Koodathil said.

Boise Police say they are taking that into account while they investigate this incident as malicious harassment. BPD adds that it is an unusual thing to see in Boise.

Koodathil tells KTVB he believes someone is upset that a non-American is driving the American-made Ford Mustang.

"It really changed my outlook, I was really shocked," Koodathil said.

The support for his family on social media though has been really encouraging.

"When I posted this incident on Facebook, everyone was supporting me, they are giving me hope and good strength," Koodathil said.

He hopes police find who did this soon, and that he has a simple message for whoever is responsible.

"Please don't do things like this to anybody," said Koodathil.

Anyone with information on the vandalism, or similar incidents, is asked to contact Boise Police.