The report came in just after noon Friday. 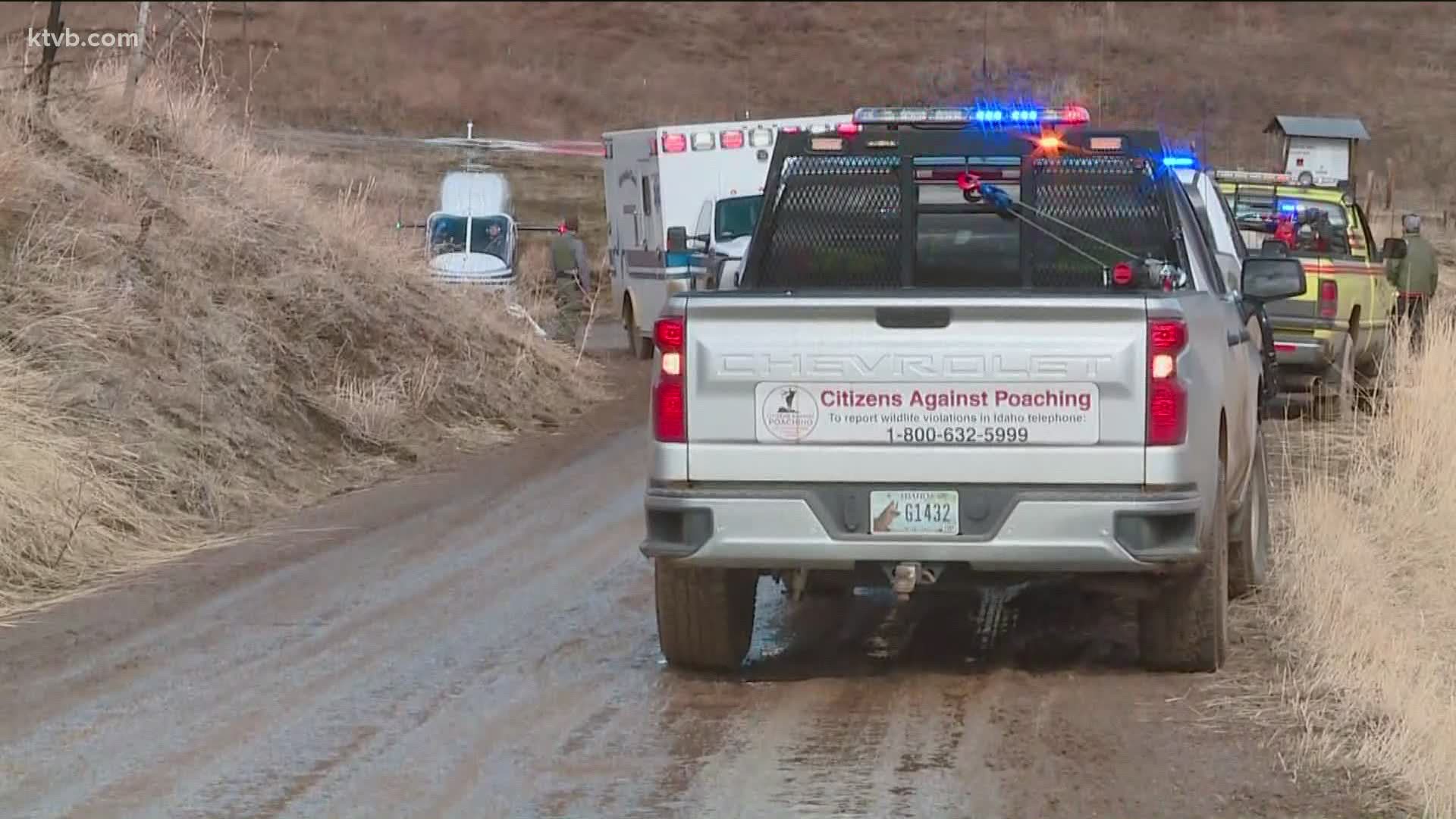 The crash was reported just after noon on a hilltop near Jerusalem and Porter Creek roads, east of Idaho 55 between Horseshoe Bend and Gardena.

Officials say one of the occupants was able to walk away from the crash with only minor injuries. The other was transported by St Luke's air ambulance to a local hospital.

“Both people appear to not have too life-threatening injuries," Boise County Sheriff Scott Turner said.

Emergency responders, including the sheriff's office, Idaho State Police and a St. Luke's air ambulance helicopter were called to the scene. The dirt road out to the crash site is muddy and in poor shape; one fire truck became stuck in the mud on the way out to the site, a KTVB photographer at the scene says.

Some emergency responders used ATVs to reach the area.

"The terrain is pretty tough, as well as just the crash scene itself is kind of hard to get to so we’re utilizing the helicopter to get personnel back and forth at this time," Turner said.

It's unclear what caused the helicopter to go down. The identities of the people on board have not been released.

The crash comes just days after a Black Hawk helicopter with the Idaho Army National Guard helicopter crashed in the mountains east of Boise during a training flight. All three guard members on board, described as experienced pilots, were killed.