“We’re concerned that the message at the bottom of the ad could be perceived as a threat and the burning police car is inappropriate,” the company said. 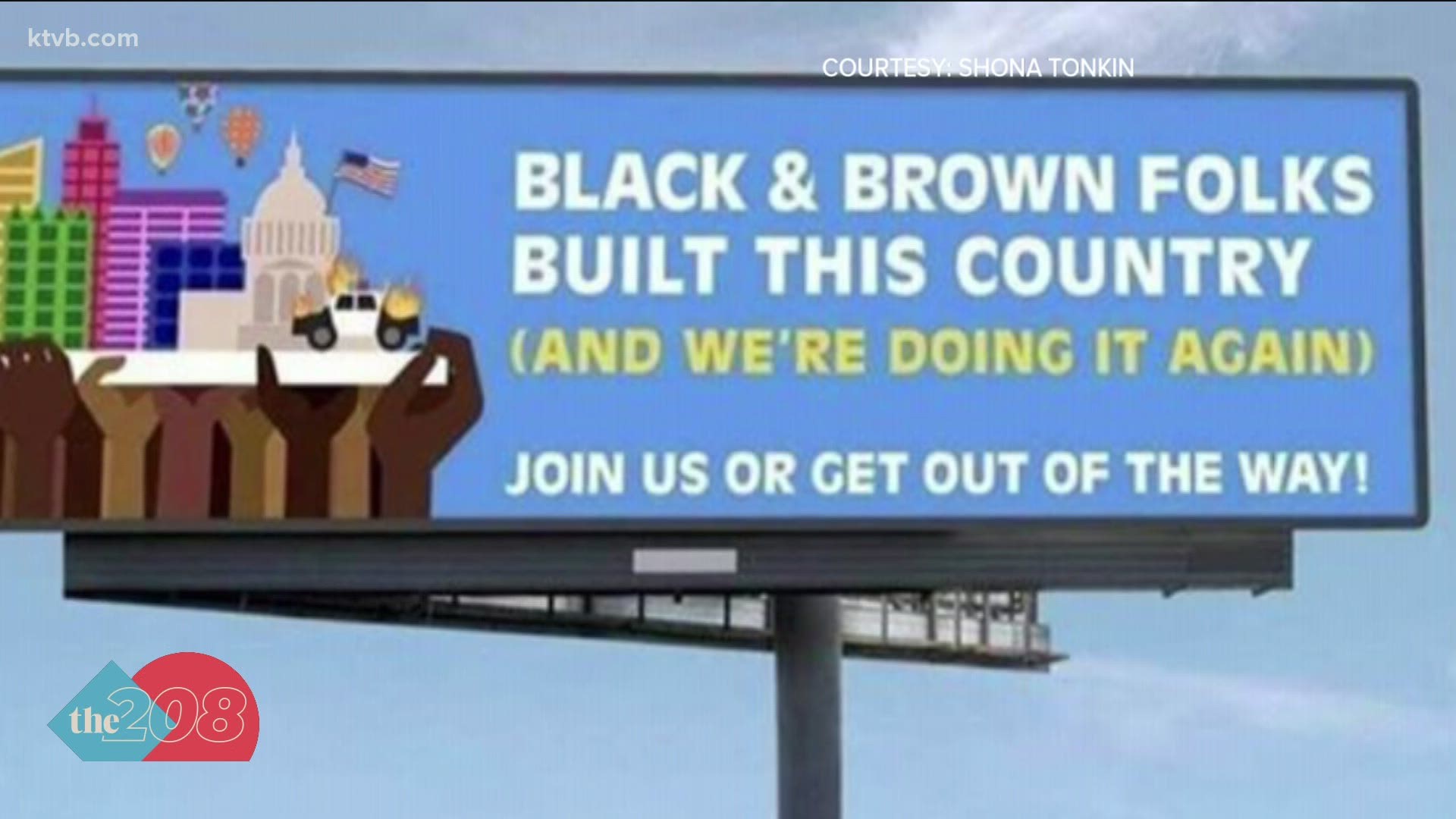 BOISE, Idaho — The night of Aug. 13, Lamar Advertising, a national advertising firm headquartered in Baton Rouge, Louisiana, pulled a provocative billboard in Boise less than 24 hours after it was installed, characterizing its installation as a mistake, according to the Boise Weekly.

“We’re concerned that the message at the bottom of the ad could be perceived as a threat,” said Lamar’s Vice President of Governmental Relations Hal Kilshaw, “and the burning police car is inappropriate.”

In a press release, the company wrote that the display of the advertisement was a mistake, and removed it the night of Aug. 13. Lamar representatives said that due to employee oversight, proper procedures weren’t followed and once management was aware of the billboard's contents, the company pulled it. Kilshaw also wrote in an email that the company had received dozens of complaints about it.

“Lamar does not endorse the content of the ad," the press release stated, “and we apologize for our error in displaying it. We are currently reminding our managers across the country about our copy acceptance procedures to ensure that any and all sensitive copy is reviewed and vetted properly in accordance with Lamar’s policy.”

Commuters driving into downtown Boise the morning of Aug. 13 may have seen a new colorful billboard sign that reads “Black & Brown Folks Built This Country / (And We’re Doing It Again) / Join Us Or Get Out Of The Way.” It’s a strong phrase, and activist/organizer Tanisha Jae Newton said they are radically unapologetic about it.

“This message is for folks within impacted communities to know that people recognize them and see them and their power,” said Newton. “These communities need hope and empowerment.”

The billboard came about because Newton and their friends regularly have conversations about getting their message out by “any means necessary,” a nod to Malcolm X. They said they’d been looking on social media to other organizations to get new ideas, and when Newton connected with the artist Morgan Baxter, they said the plan for a billboard came together.

“The main purpose of this is for people to see it’s not just a moment—it’s a movement,” said Baxter. "I think the message is very provocative but isn’t so extreme as to provoke violence.”

Members of the community and a bevy of organizations have donated to the billboard fund, and the sign will be up until midnight on Sunday, Aug. 16. Newton said so many more people donated after the unveiling this morning that the costs of the billboard have been covered, and they have raised enough money to run another ad.

Baxter works in graphic design, and as an activist herself was happy to provide the artwork. She said she loves the imagery in the billboard, especially how the Black and Brown hands support the deconstructed landscape of Boise from underneath. Many downtown buildings are recognizable, but in the right-hand corner a police car is on fire. Baxter said the group of organizers intended for people have to look twice at the art, and she hopes it reflects the idea that people should take a second look at what’s happening in their community.

For Newton, the message was the most important part, and they wanted to come up with the most productive and galvanizing language to Black and Brown people to let them know they’re supported. They said there were a lot of meetings where folks came together to plan the billboard project: “It’s really the community's billboard.”

Newton said that for those who disagree with the message, they offer many resources to learn through classes and education, and people who wish to engage in dialogue can look there. Baxter said if people don’t have an immediate positive reaction, they need to ask themselves, "Why not?"

“We want to inspire hope for those that see the message as a positive one,” said Baxter. “For those that don’t, it can give them a chance to reflect on their own moral and political beliefs.”

“If people disagree, I welcome them to come to those types of events to engage,” said Newton. “Until then, they can do what the billboard says and get out the way!”

This isn’t the first time Lamar has removed an advertisement amid controversy. According to CBS news, the company has exercised its prerogative in regards to both liberal and conservative billboards. However, in 2009, Lamar refused to sell ad space to an atheist that tried to put up an ad that said, “imagine no religion.” The reason for the refusal to sell ad space was that the General Manager of Lamar Advertising in Birmingham said, “It was offensive to me.”

Lamar’s copy acceptance policy states that “it supports the First Amendment right of advertisers to promote legal products and services. We also advocate the use of our medium for political, editorial, public service and other noncommercial messages.”

However, the company’s acceptance policy also states that “Application of this policy for several years has made it clear there are issues that require special scrutiny before copy may be accepted. All submissions which contain negative references concerning religion, human rights, nationality (such as Israeli-Palestinian or Turkish-Armenian), abortion or similar subjects must be submitted to the Vice-President of Governmental Relations for consideration before any decision on acceptance or rejection may be made.”

Although Lamar decided to take the Boise billboard down, Kilshaw said that the company would be open to selling space to the person who previously bought the billboard after review to make sure it doesn’t conflict with the policy.

If you enjoy reading articles like this one from our partners at the Idaho Press and Boise Weekly, please consider subscribing to them for newspaper delivery or digital access to help ensure stories like this are told.