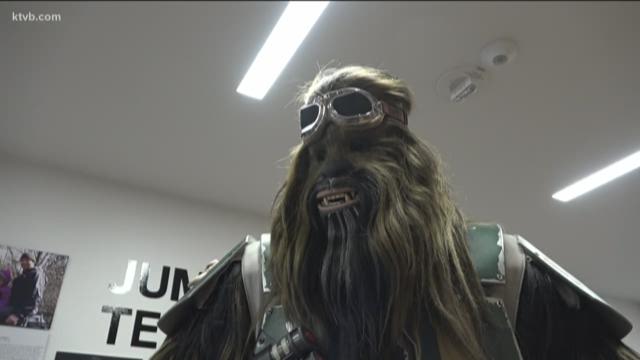 BOISE, Idaho — For the seventh year in a row, the Boise Comic Art Fest returns to downtown Boise at the JUMP campus.

The festival was started by the Boise Public Library but quickly gained a growing following that made it move to JUMP so there would be plenty of space.

The Boise Comic Art Fest was packed on Saturday, full of spirit and people decked out from head to toe as their favorite comic book and movie characters. Everyone in attendance enjoyed all the activities the festival has to offer.

Much of the excitement was on the fifth floor, where creators from across the Pacific Northwest showed off their work.

One of the artists at the festival was Maria Frantz, a cartoonist from Portland.

The Boise Public Library contacted Frantz earlier this year to get her help in designing the poster and billboard for this year's event.

"Boise is sort of know for its trees and for its nature and stuff and then obviously BCAF started at the library and that's the organization behind all of it so we sort of ended up settling on a library forest type situation," she said. "And I really wanted to bring in the elements of like just like the fantastical and comics and stories and stuff like that so we settled on this."

RELATED: EVENT GUIDE: Summer fun in the Treasure Valley and beyond