The city says it is part of an effort to improve safety for both the public and city employees. 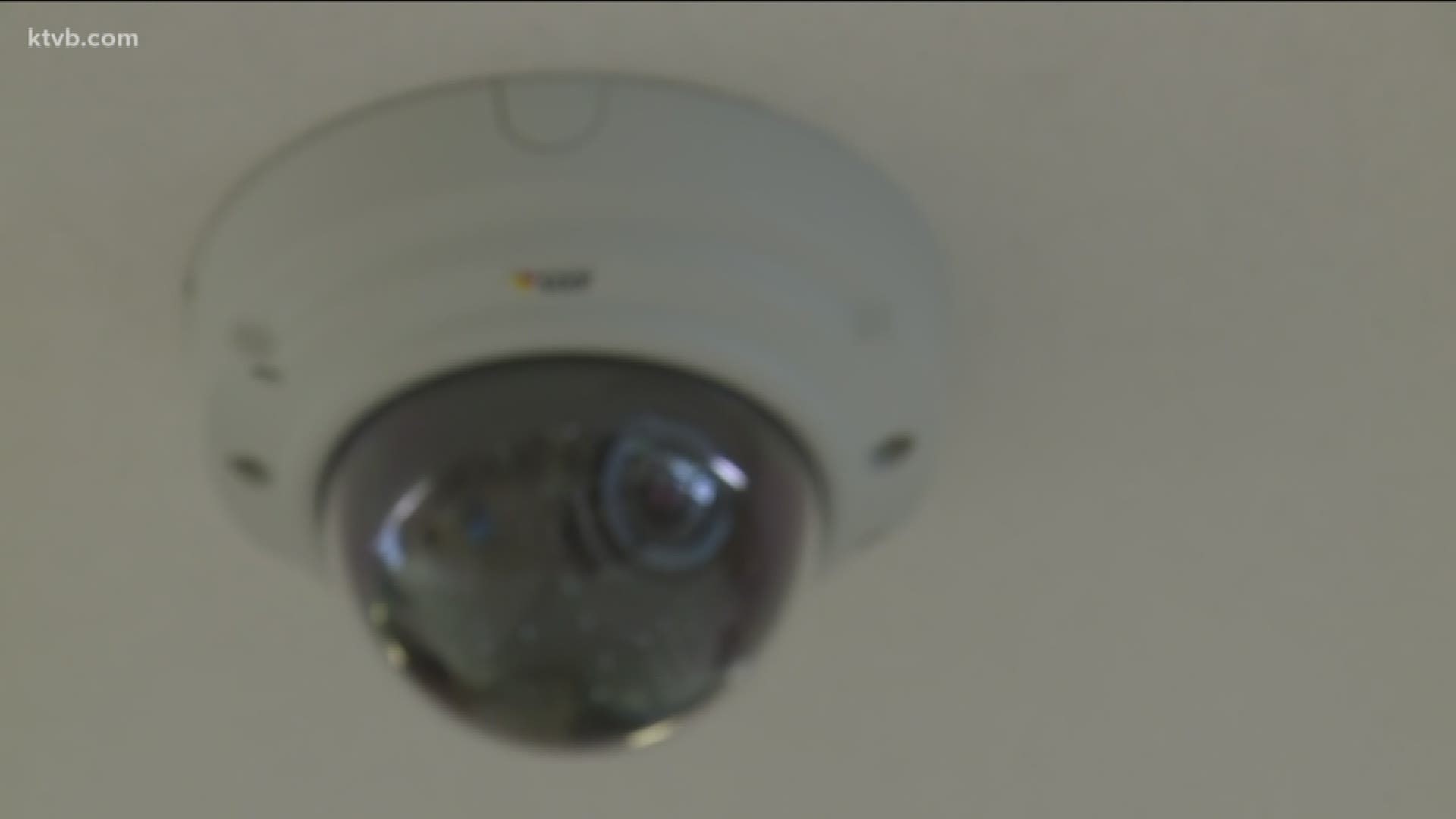 BOISE, Idaho — Boise is installing facial recognition technology at its two city hall branches to keep banned people out of the government buildings.

The city will spend $52,000 to install the technology at Boise City Hall and City Hall West in an effort to identify people who enter the building in violation of legal no-contact or no-trespassing orders. The program will send an alert to security staffers if someone who appears to match the description of a banned person enters the building, city spokesman Mike Journee said.

According to the city, not everyone coming and going at City Hall will be identified or have their photo taken and stored somewhere.

“There’s only really three classes of people that will be involved in this,” Bieter said.

Bieter said no specific case or incident prompted the technology being installed, it's just a precaution to keep both city staff and the public safe.

“If something were to happen and we found out that even this small of a measure could have kept them safe, I wouldn’t want to live with that," he said. "Now we don’t have to. It’s a good step forward, we think the right one.”

However, the ACLU has some hesitations when it comes to facial recognition technology.

“We know that some of these technologies, facial recognition, is often powered by AI or artificial intelligence," explained Jeremy Woodson, community engagement manager with the ACLU. "We know that it’s ripe for government abuse. We also know that these systems are far from perfect.”

On its website, the ACLU references an example of facial recognition gone wrong, with Amazon's 2018 mishap, where the site wrongly identified 28 members of Congress as mugshots of people who had committed a crime.

But the mayor says those are completely different situations and Boise will not be operating the same way.

“We understand the concern, we’re glad to talk about it and I think it’s important people understand this is not part of anything else," Bieter said. "This is not going on the street where we’ll be monitoring whatever else you’re doing.”

At least two U.S. cities have banned facial recognition technology over concerns that that the real-time surveillance technology could be misused or that it could violate civil rights. Journee said the facial data collected by Boise's system will not be stored and will not be connected to any police database or criminal records.

Woodson added the ACLU disagrees with the government's stance that public safety is improved by more surveillance. The ACLU has concerns about privacy for residents and the potential lack of government involvement it could create among the public.

“It can also have a chilling effect right? You know, City Hall is a polling location so if people are afraid about what facial recognition is doing or if they’re a part of that process or their image is being stored in some place, they may decide to no longer engage in that process at that place,” Woodson said.

Bieter said they understand the hesitations but said the city is doing what it can to make sure those concerns don't come to light in Boise. He feels this technology is a necessary step for improving public safety.

“You fix the roof while the sun is shining, you don’t wait for something awful to happen and then it’s too late," he said. "This is the right kind of measured step and we’re hopeful to prevent anything from happening.”

Journee tells KTVB that nothing will stay in the system for longer than a year, and that people in the three categories to be recognized will be reevaluated at least every year.

On Thursday, Boise City Council President Lauren McLean, who is running against Bieter for the mayor's seat this year, released a statement calling out the administration's lack of transparency in the decision to install the tech at City Hall.

"At a time when citizens are calling out for renewed openness and transparency at City Hall, this is a disappointing step backwards," McLean said, in part. "The administration's decision to invest in and deploy surveillance technology without a full discussion of the impacts and rules around its use, or at minimum a conversation with City Council about the decision, isn't acceptable to me."

The city hopes to have the technology up and running in the next couple of months.

Meridian, Idaho-based company CompuNet won the $31,000 contract to provide the facial recognition software. It's expected to cost an additional $21,000 for the city's information technology office to build the server that will operate the software.

On Tuesday it was reported that the City of Boise approved a $52,000 contract to implement facial recognition scanners at City Hall to prevent "banned" persons from entering. Because the contract amount was below $100,000, this contract did not require the authorization of Boise City Council before it was signed, but rather was a decision made by the Bieter administration.

At a time when citizens are calling out for renewed openness and transparency at City Hall, this is a disappointing step backwards. The administration's decision to invest in and deploy surveillance technology without a full discussion of the impacts and rules around its use, or at minimum a conversation with City Council about the decision, isn't acceptable to me.

Of course we need to keep our valued City of Boise employees safe. That's a given. It's our job as public officials to do so in a way that doesn't undercut our city's values. There are best practices in place all over the country in dealing with surveillance technology issues: let's have a full study of those and ensure we're doing right by the people of Boise. It's unfortunate that this conversation with the community didn't happen before the contract was signed.

We need a public process to ensure that these technologies are implemented in the right way, safeguarding people's safety, privacy and liberties. Without a public discussion of who has access to this information, how can we assure the public that their privacy is safe? Who will have access to the database? What security will be in place to protect breaches of data? How does a person know if they are in the database? Should every person doing simple business at City Hall (like paying parking tickets, filing an application, or attending a council meeting) have to consent to this kind of surveillance? The public deserves a full understanding of this technology and its management before a penny of their tax dollars are spent.

Matters of public interest warrant transparent public discussions. Does it take more time and effort? Absolutely. But I firmly believe that investing time and care when people's privacy, liberties, and tax dollars are on the line is the very essence of public service.