The single-use breathalyzers can be purchased at several Boise bars and businesses. 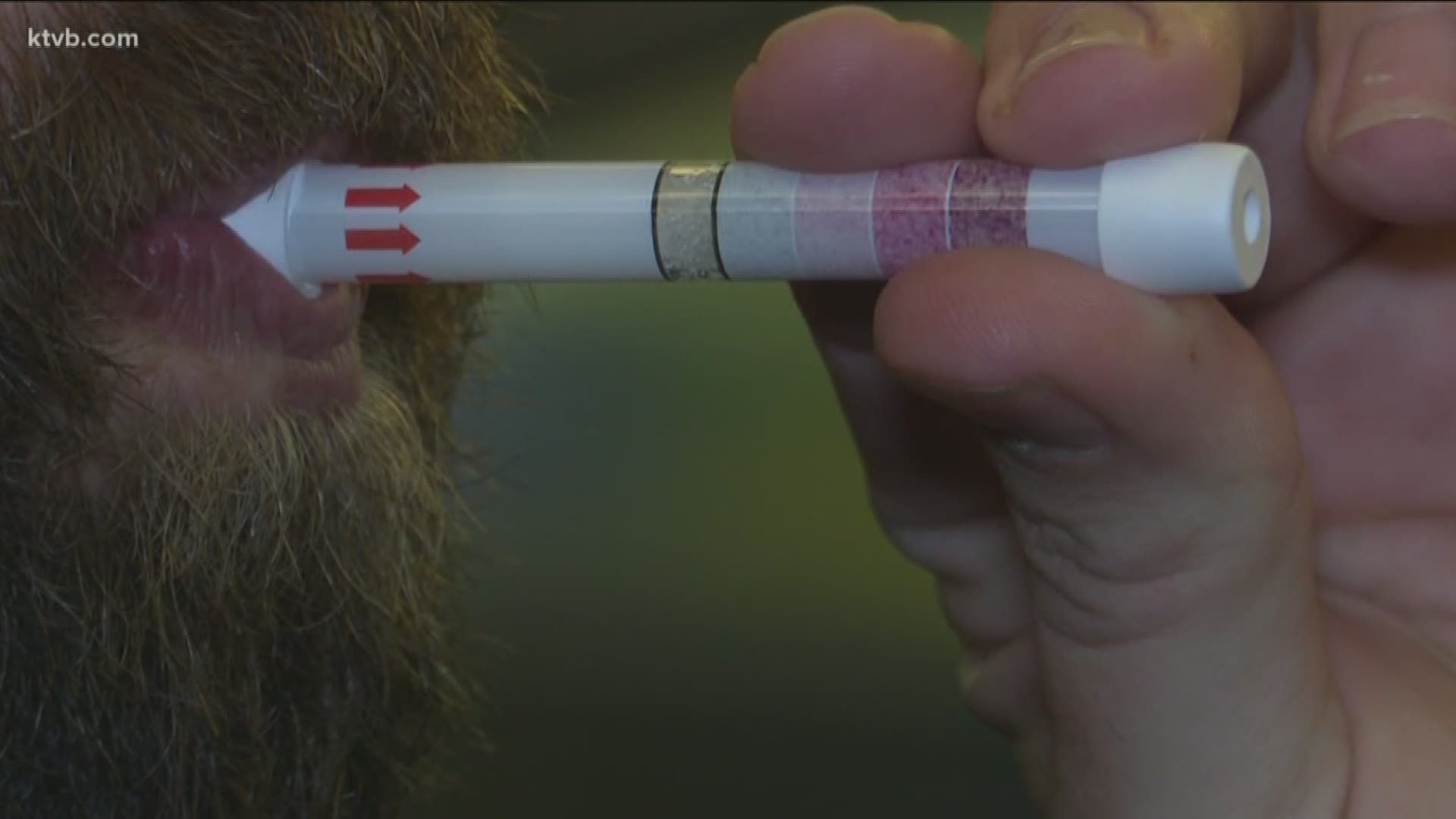 BOISE, Idaho — As people gear up to celebrate on New Year's Eve, a local company wants drivers to "know before you go."

A DUI prevention program called Think Twice has been in the Boise area for about a year but is working to grow the program through use of mobile breathalyzers.

Think Twice originated in Washington a couple years ago after co-founder Justin Thompson lost his best friend, and suffered critical injuries himself, because of a drunk driver.

Since then he worked to develop a program to help reduce the number of drunk drivers. The program places single-use breathalyzers in bars, breweries, wineries and other local businesses that want to participate.

When Kelly Scott heard about Think Twice, he wanted to bring it to Idaho.

“I’ve had friends and family members that have been affected by drunk driving, DUIs, loss of job, divorces," he said. "I have a good friend that’s actually out in the penitentiary right now from having DUIs.”

According to Scott, there are more than 10,000 DUI arrests in the state of Idaho every year.

He decided to get on board with Think Twice and brought it to the Boise area a year ago.

The single-use breathalyzers are easy to use and, Scott said, save lives by helping bar and restaurant patrons know when they've had too much to drink.

"On each end it has a little foil wrapper and you’ll just squeeze and you’ll puncture those. You blow into it for ten seconds, twice," Scott said. "Wait 90 seconds and the crystals will start turning a color.”

The shade of the crystals will show what level of toxicity a person is. The levels range from .00 up to the legal limit of .08.

“In the last few months we’ve sold about two cases, or two boxes. So almost 60 breathalyzers in about four months,” he said.

Because they sell all kinds of alcohol and people often drink at the restaurant, Castoro felt the breathalyzers were a good fit.

According to Scott, the breathalyzers are police grade and approved by the FDA. He said they were tested in a wet lab alongside Oregon State Police professional-grade breathalyzers and the levels always matched up.

However, Scott says, that does not mean a person should automatically get behind the wheel based on their breathalyzer results.

“Just because you blow in this and it gives you a reading of a .05, it’s not telling you you should get in your car and drive,” he said. "This is meant to help you make an informed decision about where you're at because how you feel and what your blood-alcohol level show are totally different."

Think Twice is also working with colleges in Oregon and Washington to try and make breathalyzers available for free for college students.

The Boise Police Department told KTVB it can't speak to the accuracy of the Think Twice breathalyzers but did say to keep in mind it's not a fail safe. BPD said the safest policy is to have a designated driver.

RELATED: Driver cited for DUI after crashing into power pole and a chicken coop

RELATED: 10 of the top KTVB crime stories this year