For Dan Ansotegui, modifying traditional Basque music is just one way of keeping the culture alive and viable for future generations. 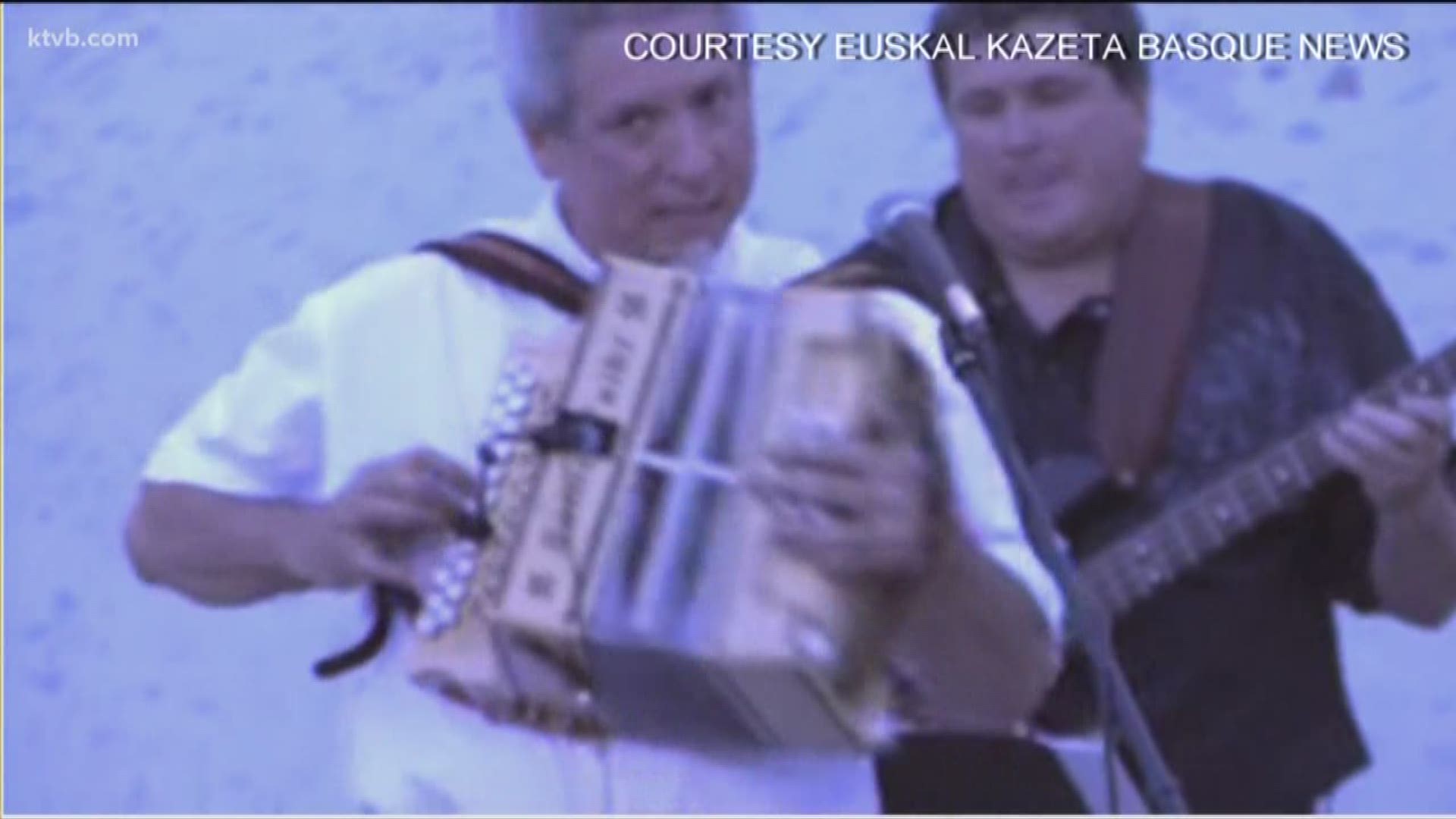 BOISE, Idaho — Dan Ansotegui is an instrumental part of the Basque community in Boise and his role in the community's music scene was cemented on Tuesday after he became a recipient of the National Endowment for the Arts Fellowship - the highest honor for folk and traditional artists in the country.

Ansotegui is a businessman, family man, teacher, and musician. But he says he doesn't see himself as the type to receive awards like the Fellowship.

"It's a huge award and it's recognizing national treasures, national heritage treasures and Dan is now one of them," Steven Hatcher, who is on the Idaho Commission on the Arts, said.

Ansotegui's award-winning music blends the traditional characteristics of Basque music with modern music, which has become a hit with all generations.

His journey with music and Basque culture started at a young age and quickly took root in his life, thanks in part to his mother's cooking and his father's music.

MORE: Watch Treasure Valley dancers perform the Song Of The Basque II at the Morrison Center

For Ansotegui, modifying traditional Basque music is just one way of keeping the culture alive and viable for future generations.

"I think we just have to find ways to express our culture, to learn about our culture and to relive it and live it in a new way where it's fun," he said.

Other recipients of the fellowship include an African American storyteller, Tejano singers, and a leather worker.

People can catch Ansotegui perform on Saturday at the World Village Festival.