The latest measurements are in from USDA hydrologists, who say precipitation in the Boise Basin is three times the normal amount for February. 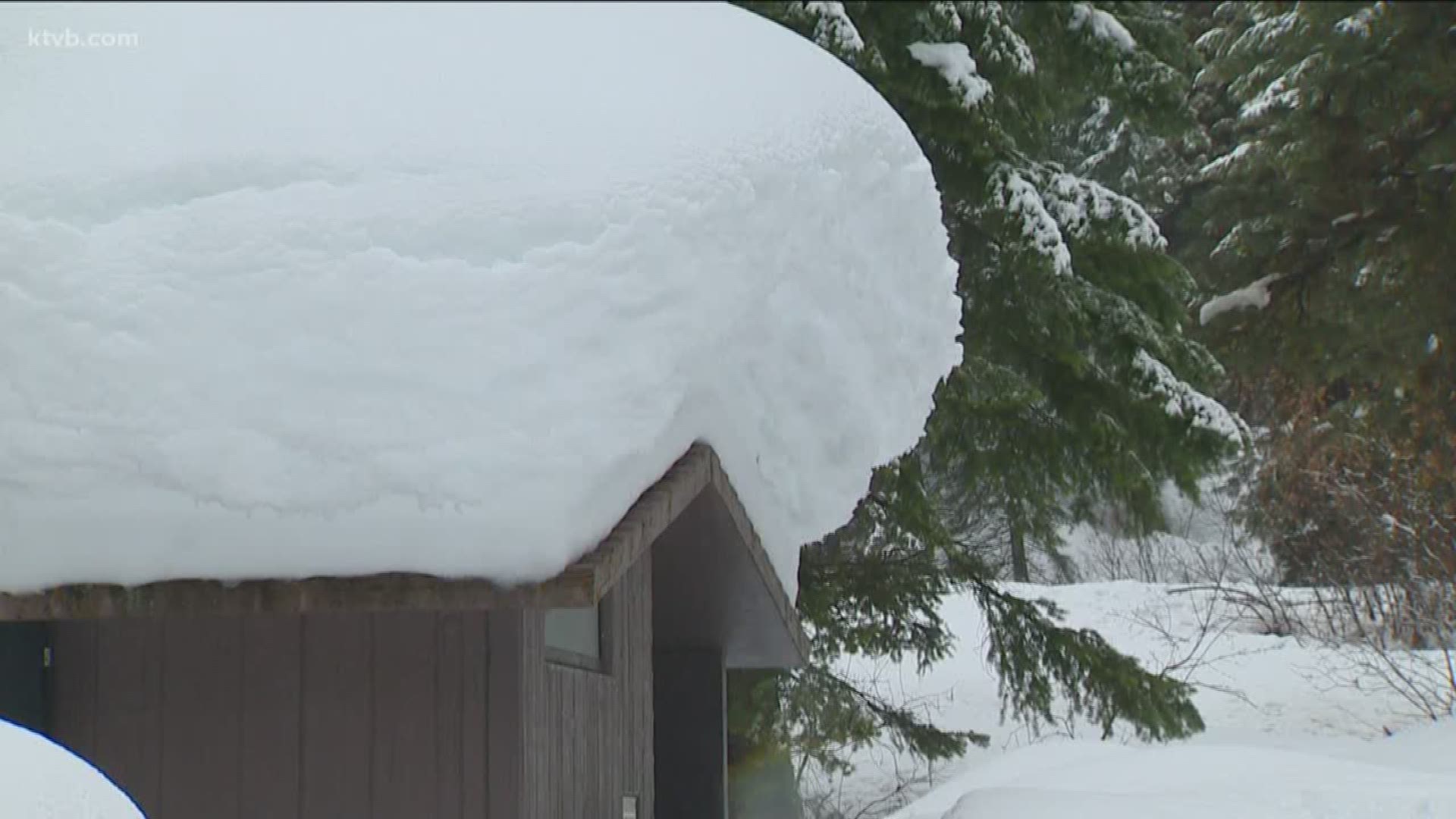 BOISE, Idaho — February in Idaho has been a wet one, especially in the mountains. During a snow survey on the last day of the month, we learned that the precipitation in the Boise Basin is three times the normal amount.

"February has been amazing," USDA hydrologist Ron Abramovich said. "It (precipitation) has nearly non-stopped since February 2, and the storms keep coming in. So currently, right now, the Boise Basin has received 300 percent of its normal precipitation in February.

January was a dry month, and hearing the news brings relief for the Idaho Farm Bureau Federation's Jake Putnam.

"When you look at all of this snow, what it means to us is job security," Putnam said. "If we know we got water we know that we're going to be farming."

Abramovich said the snow survey is filled with great news, including the fact that this snow isn't as heavy as 2017, when flooding was widespread in our area.

"There's not as much water content as 2017 when there was high concerns when it melts," Abramovich said.

RELATED: Could the Treasure Valley see a repeat of 2017's record flooding?

He said the snow this year has been light, dry and fluffy. Of course, winter isn't over yet though.

"The future is what we're still concerned about," Abramovich said. "How much we get in the next month, or any spring rains as well, too. So that's where we'll see how rapidly the snowpack melts and fills our rivers and reservoirs."

Water releases have already started in the Little Wood Basin, and next week the same will happen in the Boise Basin. The Boise River is expected to start rising on March 6.