The word "edge" is etched in the same font making the two logos look similar, according to the brewery's head brewer. 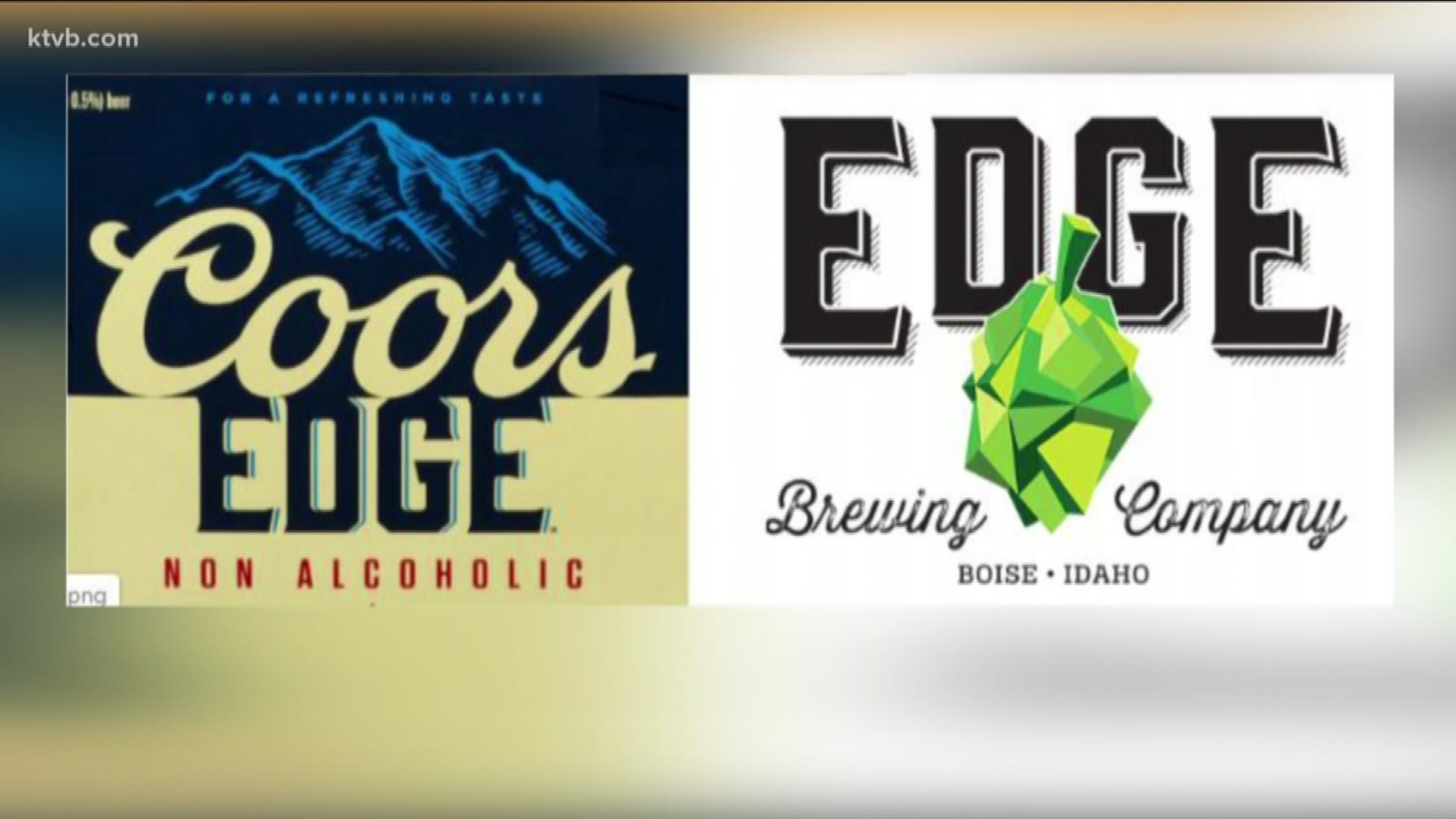 Bryan Garcia-Brown is the head brewer at Edge Brewing, which opened in west Boise in 2013 and trademarked their logo the same year, said the Coors Edge logo looks similar to Edge Brewing's logo.

The word "edge" is etched in the same font making the two logos look similar, according to Garcia-Brown. Edge Brewing wants customers to know there is zero affiliation between the two companies.

"We work very hard to give our logo an air of difference, of care and integrity and then to see that with a mass-market non-alcoholic lager, it’s not the message we are trying to portray, and we do not want that confusion," Garcia-Brown said.

"It’s Samson versus Goliath and we are not going to sue anybody, we are not litigious with Coors," Garcia-Brown said.

"I think it’s fair to assume that the trademark examiner probably looked at the totality of the image of each mark and decided they were different enough to not cause consumer confusion," Burdick said. "So, we can assume the trademark office believes they can coexist without causing any conflict."

"We just want to make sure that the public knows we are not affiliated with the project," Garcia-Brown said.