Last year, Bogus Basin experienced a delayed start to the ski and snowboarding season. But this year, they hope the new system will get people on the slopes faster. 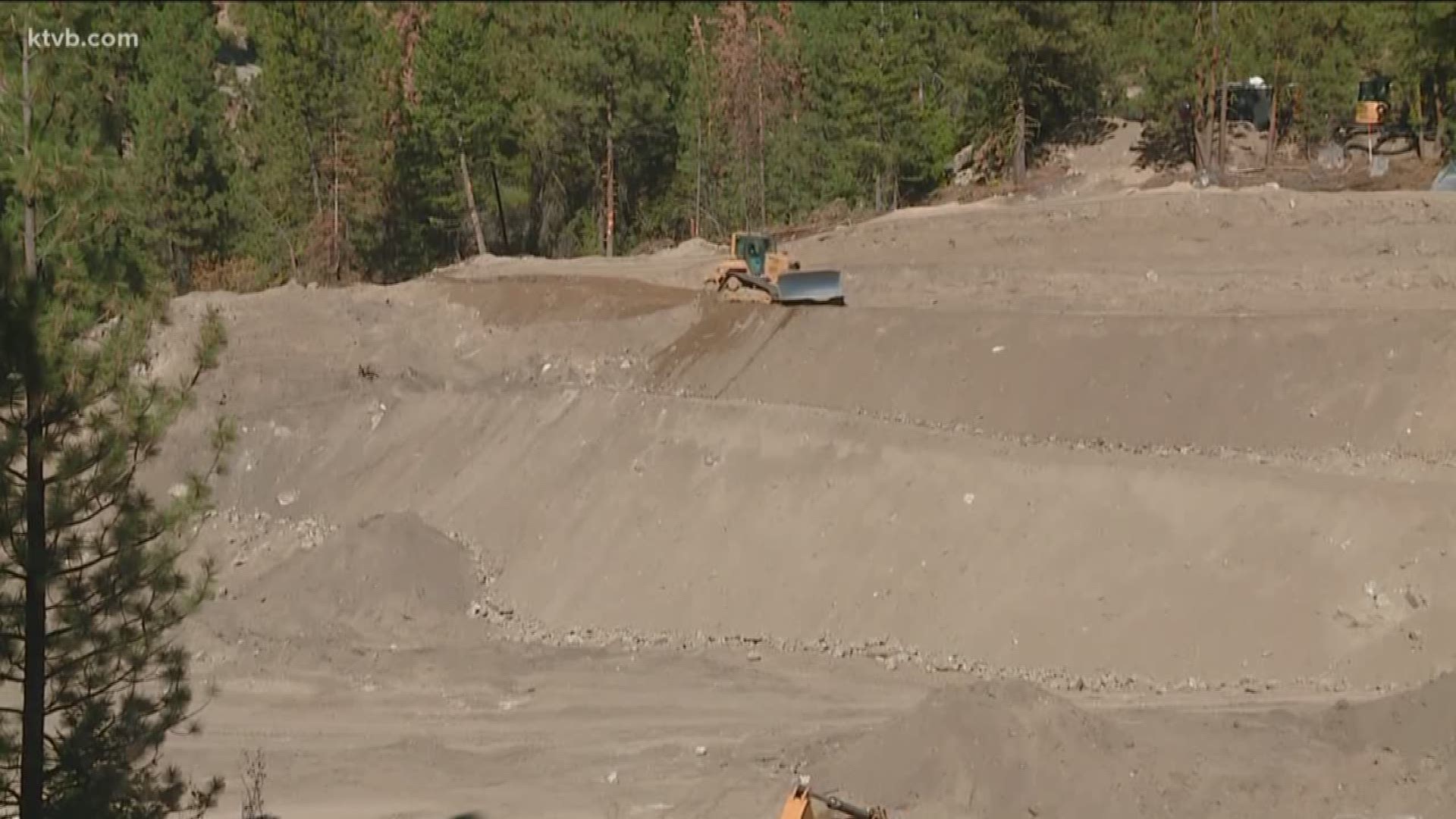 BOISE — Christmas is less than 100 days away, and that means some people are now turning their attention to soon hitting the slopes.

Last year, Bogus Basin experienced a delayed start to the ski and snowboarding season. but this year, the resort hopes that won’t happen again with the help of a new snowmaking system.

Right now, Bogus Basin is constructing a 50-foot-deep pond that will hold 13 million gallons of water.

“The pond is being built to capture the runoff from Bogus Creek,” Nate Shake, Bogus Basin’s director of Mountain Operations said.

The water from the pond will then pump through pipelines and to 24 fan guns. “We have about 60 acres that we will be able to cover with snowmaking,” Shake said. “From our tube hill, our beginner hill and a couple top to bottom runs on Deer Point and on Morning Star.”

Crews began work on the project in June.

“We are noticing more variable conditions. So, later opening seasons, warmer temperatures and the snowmaking will provide better coverage in those areas,” Shake said. “ The manmade snow is denser and will last longer, so we'll keep the coverage on the slopes throughout the season, versus getting melted off if we have a warm spell.”

The installation won’t be visible to Bogus Basin visitors.

“Skiers and snowboarders won’t really see a lot of the snowmaking, they'll just notice that we will have a lot more consistent opening dates in the future,” Shake said.

Bogus Basin told KTVB, the system is expected to be fully operational in 2019, but parts of it will be up and running by the time skiers and snowboarders hit the slopes this winter.

“We'll have the pipeline in the ground and the pond will be complete and we'll be working on capturing water, although it'll be slower given that it will be in the fall and winter that we'll have to capture some water for the pond and not in the spring,” Shake said.

Crews expect to have the entire pond lined by the end of September. The entire project is expected to be done by Thanksgiving.