According to the Boise County Sheriff's Office, the fire began late Wednesday. 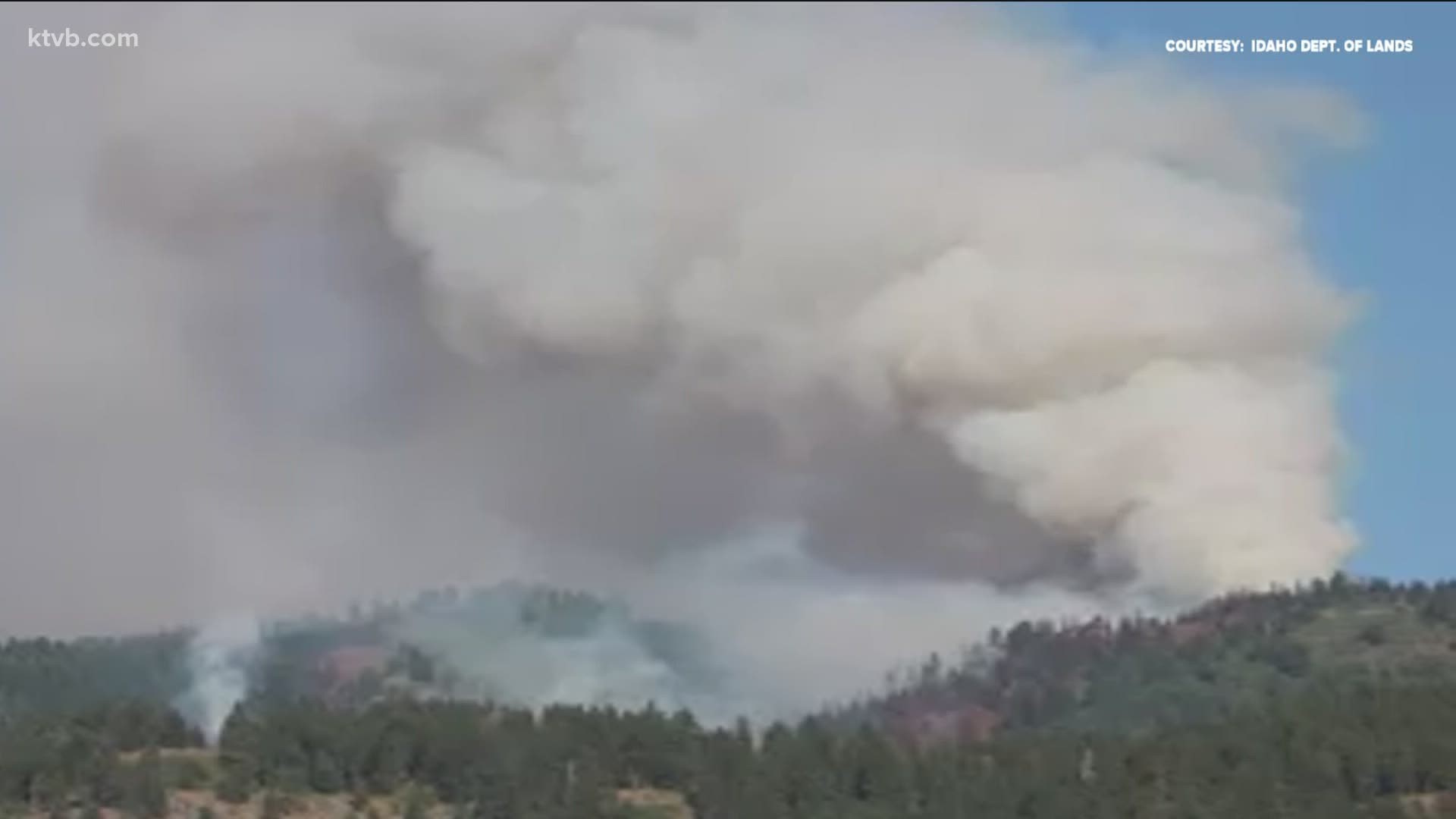 BOISE, Idaho — Firefighting crews are responding to a wildfire burning in Boise County near Bogus Basin.

According to the Boise County Sheriff's Office, the fire started Wednesday night. The sheriff's office said they had "multiple resources on the way" to get the fire under control.

The fire's current size is unknown. No structures are currently threatened, officials say.

Crews are also working to put out a wildfire burning in Horseshoe Bend near Pumpkin Creek Road. That fire began at about 2 a.m. and is burning in heavy timber.

The Pumpkin Fire has burned about 390 acres and crosses to the east side of Hawley Mountain Road.

The Bureau of Land Management has deployed air support and smoke jumpers to the area to fight the fire. Like the blaze near Bogus Basin, no structures are currently threatened.

Officials have not released the cause of either fire, but the BLM had warned on Tuesday about hot and windy weather that could contribute to the spread of flames. Lightning was also been reported around the region overnight.