“It’s really an insurance policy to make sure we get open during the holidays when we get a huge demand for skiing and snowboarding." 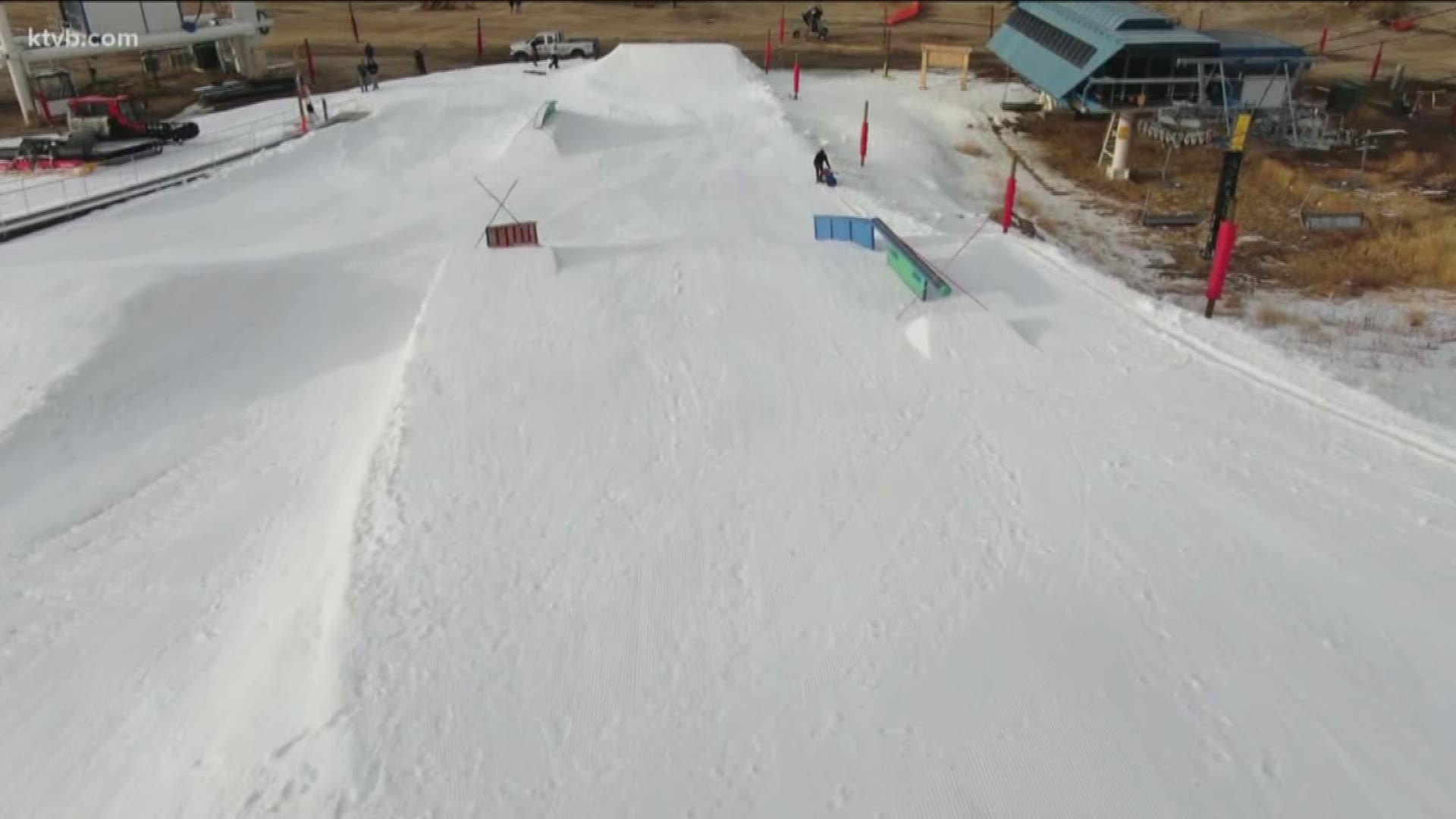 BOISE, Idaho — Bogus Basin's terrain park will open this Friday and to celebrate they are offering free entry all day.

Thanks to a new snowmaking system, the park will be welcoming visitors for the earliest opening in the mountain's history.

"The fact that we are Idaho's first ski area to open terrain shows what a difference that snowmaking will make at Bogus Basin," said General Manager Brad Wilson.

The snow averages about two feet deep for the terrain park and provides conditions similar to a mid-winter terrain park.

"So for the folks that like to ride a terrain park, they’re going to have a jump, a quarter pipe, several rails, boxes, it’s going to be really, really cool,” he said.

The $6 million snowmaking equipment takes water from the retention pond at Bogus Basin and turns it into fresh powder for the mountain.

According to Wilson, the pond has a total of 13 million gallons of water available and so far, Bogus has used 3 million to make snow this season.

Though the machines aren't cheap to operate, it benefits business when Bogus can open a little early. Because holidays, like Thanksgiving, are some of the busiest days for Bogus, they can't always afford to wait on Mother Nature.

“It’s really an insurance policy to make sure we get open during the holidays when we get a huge demand for skiing and snowboarding,” Wilson said. “That guarantee that snowmaking provides us can save us literally millions of dollars if it gets us into the holidays if we didn’t have natural snow. So it is a significant program.”

Though it's not the full-on mountain skiing or snowboarding experience that Jack Frost can provide, it's a good start to get people excited for the season.

“It will just be a great time and a good way to kick off what we hope is going to be another really great ski season,” Wilson said.

The terrain park is located next to the bottom of the Deerpoint Express chairlift terminal and can be accessed by the Explorer Surface Lift.

The Explorer Surface Lift will be open every Friday to Sunday from 10 a.m. to 4:30 p.m. for the rest of the season. Tickets for the terrain park are free on opening day, but will cost the general public $15 after Friday. There is no cost for season pass holders to access the terrain park.

Simplot Lodge will also be open, but they will only be serving a limited number of grab-and-go food and beverage options.

RELATED: Dangerous trees at Bogus Basin to be removed