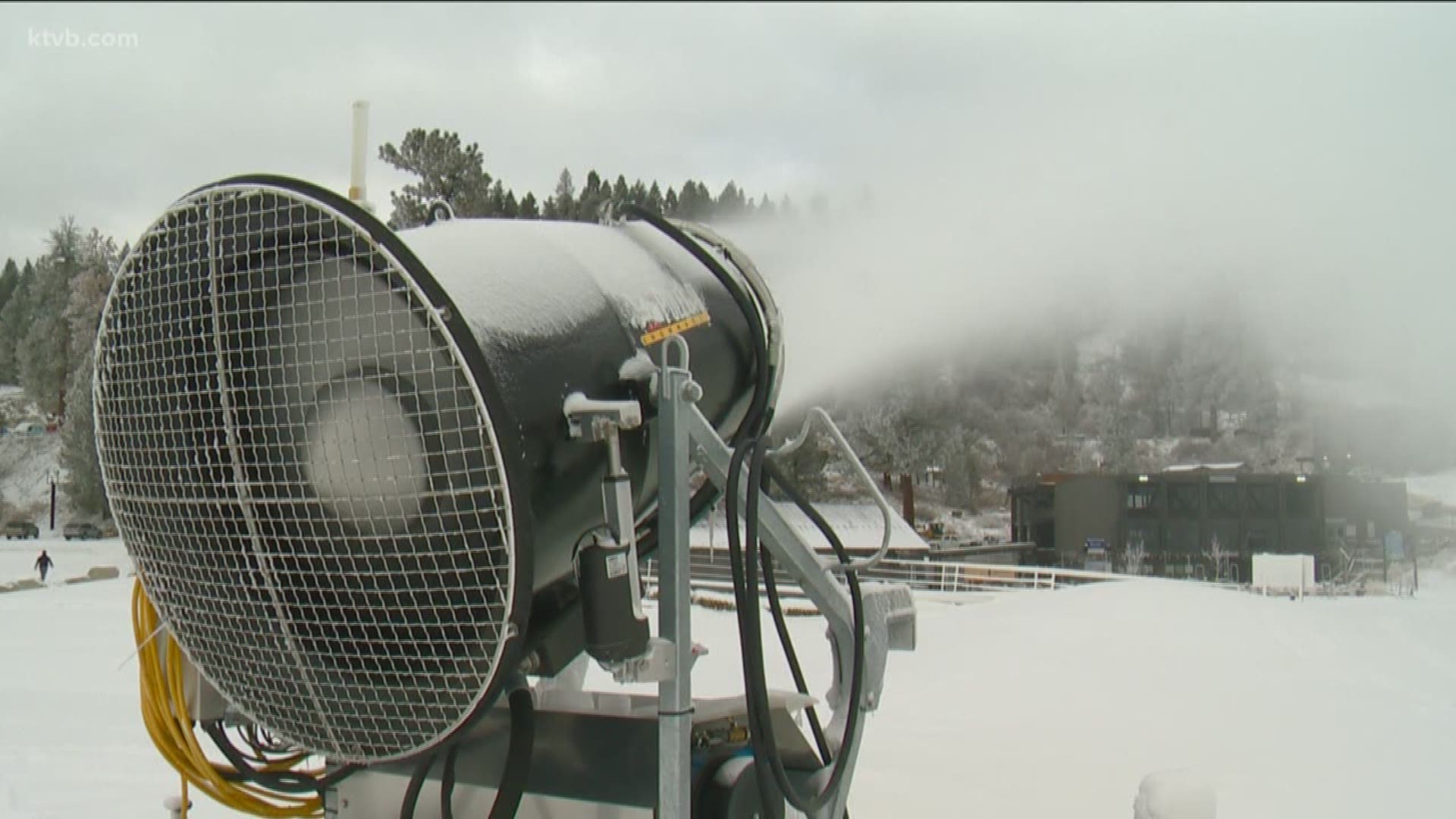 Bogus Basin announced Wednesday that the mountain will open for the season Friday morning, with top-to-bottom skiing and snowboarding.

The announcement came after a snowstorm that dropped several inches in the mountains. But Bogus was not relying on Mother Nature alone, the general manager says.

"We wouldn’t be opening without snowmaking,” said General Manager Brad Wilson.  “We are really excited that the new snowmaking system, along with a little help from Mother Nature, has given us more control over when we can start the season."

RELATED: Bogus Basin preparing to open up with all man-made snow

The Deer Point Express (#1), Coach Beginner Chairlift (#7), and Explorer, Easy Rider, and Discovery lifts will be in operation, and the Upper Ridge, Lower Ridge, and Coach’s Corner runs will be open, along with the terrain park.

According to Bogus, Simplot Lodge will be fully open, as will rental and retail shops and the Ski and Snowboard school. The Pioneer Lodge will be open for restroom and locker access only.

RELATED: Tamarack making snow, will be open this weekend

Bogus also announced that the tubing hill would be open on Saturday and Sunday. The price will be $15 per 1.5 hours.

The Glade Runner Mountain Coaster will not be open, due to continuing construction, and the Nordic Center will be closed this weekend as well.

The mountain currently has a seven-inch base and nine inches at the summit. For more information, click here.